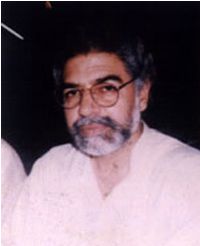 The official Pakistani mind is made up of some of the toughest chemical substances known to man. And transforming this mind or educating it, as any pedagogue even remotely familiar with the problem will tell you, ranks high among the list of human mysteries whose code has yet to be broken.

Pity Pakistan’s rulers, therefore, who have had to go through such a harsh school of experience over the past three years that some of their most sacred shibboleths have had to be discarded along the way.

Hawkishness was their inherited attitude, something they were brought up with and which came naturally to them. In the aftermath of September 11, General Musharraf didn’t have to think very hard when, turning towards India, he said, “Lay off.” That was reflex action on his part. Now the same person is bending over backwards in an effort to put the derailed process of normalisation back on track.

Indeed his references (plaintive?), to meeting or not meeting Mr. Vajpayee (I’ll meet him if he wants to meet me), have been so frequent as almost to have become a national embarrassment.

A change of heart? A change of stripes? Rather, a change of circumstances. Back in 2001, Pakistan’s permanent establishment (read army/ISI) was still riding the tiger of jihad and thinking that with the American connection restored, Pakistan could have its cake and eat it. It could carry America’s bags in Afghanistan and simultaneously sustain jihad in Kashmir.

As anyone could have told our bonzes, this was a huge fallacy. But basking in the first flush of American favour, and preening themselves on their smartness, Pakistan’s military rulers thought they could have the best of both worlds. Having to contend with the real world in the meantime, they are now the wiser. Far from being able to ride and control the jihadi tiger, they have found themselves on the receiving end of its menacing snarl. Vividly demonstrated by two failed attempts on Musharraf’s life within eleven days of each other.

Hence the great transformation we are seeing in ‘decision-making circles’ in Islamabad: trained hawks awkwardly trying to fly like doves. You may say that they are coming late to the sport. After all, Nawaz Sharif was on to the same peace trip almost five years ago, and that was before Kargil happened. But better late than never.

There’s the Yank factor too, although not as vital as is made out by some pundits. The Yank interest is Afghanistan and Al-Qaeda with the Americans wanting the Pakistan army to look west to help plug and seal the Pak-Afghan border instead of playing games along the Line of Control. Thus the apparatus or the philosophy of jihad is the last thing the Yanks are in any mood to tolerate. It took some time for Pakistan’s military wizards to get the message. But now it is coming in loud and clear. This too has had a sobering influence on their “strategic” (no escaping this word) predilections.

These factors — one external, the other internal — coming together have brought about the brand new attitudes we are seeing.

Which doesn’t mean that there is any more clarity in Islamabad about where the present moves may lead. There is still the insistence on Kashmir being the “core issue,” although with the jihadi bargaining tools slipping from Pakistan’s fingers, this refrain is becoming shriller. Pakistan is also having a hard time explaining what Musharraf meant when he said we have left the UN resolutions aside. Indeed if we have, what’s our locus standi on the Kashmir dispute? Pakistan is now reduced to saying that with Pakistan having shown flexibility, India must respond in the same vein. Indeed it should but if it doesn’t what do we do? And where do we go?

There is no Kashmir solution on the table or even in the wings. All that the two countries can hope for in the short-term is an improvement of atmosphere, more movement on the ground, more people coming and going. And then hopefully they can sit down to discuss Kashmir — and that’s about it. The utmost that India can afford to do is give some measure of autonomy to the Valley within the bounds of the Indian Union and the Indian constitution. Nothing more. The LoC is not going to change and if any geo-strategists in Pakistan (may their tribe increase) think otherwise, they need a serious reality check.

Our horizons, however, should be wider. We do ourselves and our national cause no service when we say Kashmir is the “core issue.” The core issue is the mess we’ve made of our affairs, the militarisation, not so much of Pakistani society as of the Pakistani mind that we have managed to achieve. To secure some form of mental liberation, we have to rid ourselves of these shackles. Which won’t happen unless the geo-strategic community, serving and retired, straddling the broad wastes between ‘Pindi and Islamabad, defines Kashmir as a problem not a cosmic symbol and stops using it as an excuse for the military’s continued dominance of Pakistan and its people.

We keep weeping about democracy without realising that in the Fortress Pakistan that we have created, with its high walls and fake geo-strategic theories, democracy is a plant that just can’t survive. The atmosphere inside is too noxious. We have to open the Fortress to fresh winds from the outside for the stale, poisonous atmosphere to dissipate thereby giving democracy and political institutions the chance to grow and survive.

Which amounts to saying that all of us have a stake in the present moves towards peace with India. We need peace with India not to confer any favours on India but to do ourselves a favour. Yes, the Indians have a problem in Kashmir because the Kashmiri Muslims are fed up with Indian rule. We must show sympathy for the plight of the Kashmiri Muslims and to the extent that we can — basing our position upon the UN resolutions — we must work towards a solution which commands their support. But always remembering one thing when we thus speak: that what we failed to win on the battlefield we can’t win on the negotiating table. The real world doesn’t operate in this manner.

We have fought two and a half wars for Kashmir (the half-cocked volley being Kargil), and all that we have to show for our military prowess is the Line of Control, the utmost extent of our military brilliance. To think therefore that some miracle hidden in the mountains which, if it were only discovered, can change the LoC to our advantage, is to add to our record of folly on the Kashmir question.

Pakistan needs to grow up. Our adolescence has lasted for too long which becomes all the more aberrant when we see how the world around has changed. For fifty and more years we said the enemy was India. But look where the threat is coming from nowadays. India was not behind the attempts on Musharraf’s life. India is not behind the charges that Pakistan sold or peddled nuclear secrets to Iran. The pressure on our nuclear programme is coming from the United States, not India.

By basing our entire foreign policy on hostility towards India, we have made ourselves vulnerable to other pressures. Why do we lick America’s boots every now and then? Because we think that by doing so, and by receiving small change for our efforts, we prime ourselves vis-a-vis India. What kind of brilliance is this?