“Where does the sun disappear every evening?” Rani, a major puppet character in the Pakistani version of the children’s television series Sesame Street, posed this question repeatedly on air. Not any more. The sun has set on Sim Sim Hamara, a co-production of the US-based Sesame Workshop and the Pakistan-based Rafi Peer Theatre Workshop (RPTW).

In a country where one-third of all young children — some 65 million — do not attend school, the US-funded show was intended to educate, raise literacy levels and inculcate tolerance.

With Rani and Elmo cast in the lead roles and a host of local characters, such as Munna, a five-year old boy who plays the table drums, to Baily, a donkey who loves to sing, to Haseen-o-Jameel, a crocodile who lives in a well, Sim Sim Hamara was launched with great fanfare in December last year. The Americans called it, “a mesmerising reflection of national culture, regional flavours and a mix of urban and rural Pakistan.”

Aired weekly on Pakistan Television in Urdu, every episode of the programme is based around a word and a number and tackles general themes like friendship, respect and valuing diversity. It was planned to run for three seasons.

But the US abruptly halted the USD 20 million programme due to allegations of fraud and abuse by the Rafi Peer Theatre Workshop, the family-run company that had bid for and won the competition, beating more than 300 applicants in early 2010. The show’s 26th and last episode was telecast last month.

Mark Toner, a State Department deputy spokesperson said the US Agency for International Development (USAID), which had a contract with the RPTW, was notified of the corruption through an anti-fraud hotline.

“We launched an investigation into the allegations and subsequently sent the theatre workshop a letter terminating the project agreement,” Toner told a news briefing. “No one is questioning the value and positive impact of this kind of programming for children. But this is about allegations of corruption,” he said. “We had what we believed was credible proof,” said Toner. “We thought it was prudent to terminate the programme and wait for the results of the investigation.”

The RPTW has already spent USD 6.7 million of the total amount on 26 half-hour episodes, of which 13 episodes have already been dubbed into Pashto for season two of the programme.

On the day USAID announced the snapping of funds, a Pakistani newspaper, citing unnamed sources, reported that the Workshop was allegedly using the funding to pay off old debts and had rewarded lucrative contracts to their own family.

Meanwhile, the RPTW denies all the charges and has sued the English-language daily for USD 10 million.

The Sesame Workshop, that has brought Sesame Street and other children’s programmes to more than 150 countries around the world, said it was “surprised and dismayed” by the allegations against the RPTW. “We trust that the facts will be fairly and fully assessed, and we will wait for the full report,” reads a statement on its website. “It is our hope that the achievements of Sim Sim Hamara, and the gains we have made in the lives of children in Pakistan will carry on.”

Pakistan is not the only country where such a show has run into trouble. The Palestinian version of Sesame Street was hit this year after the US Congress froze USAID assistance programmes to the Palestinians, following their unilateral efforts to gain admission to the United Nations.

Faizaan Peerzada, of the Pakistan Children’s Television (PCTV), which was tasked to implement the Sim Sim Hamara project, said the US agency had not shared the charges with his company.

“We would have been in a position to give a concrete response had we been told specifically what the nature of the allegations were and proper evidence was provided in this regard. The allegations so far are vague and unspecific,” says Faizaan Peerzada.

“We were audited for the project’s first year by Nexia International, the auditing firm hired by USAID for Sim Sim Hamara, and the audit for the project’s second year is underway. The audit revealed no financial irregularities. The results will be shared with the media,” he continued.

Peerzada also spoke of the project being a family affair: “RPTW was always a family-run organisation. The award was given to a family organisation. We are very proud to have played a role in promoting arts and culture in Pakistan. However, our total staff comprises 180 people, out of which eight are family members and out of these only four are full time and approved by the USAID. The rest are artists that come in and contribute as consultants in accordance with their area of expertise.” 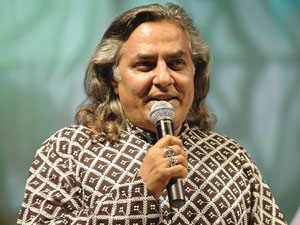 Peerzada carefully explained the procedure the RPTW followed for procurements. “The process for approval of procurements, as per USAID’s compliance requirements, applies to every single purchase valued at over USD 5000. The required documentation for such procurements includes the following: background information, a complete scope of work along with the process of preparation, market survey details, details of shortlisted vendors, the advertisement for the procurement, the method and rationale for conveying the advertisement, the evaluation criteria, a comparative statement with the rationale, signatures and designations of the evaluation committee and relevant meeting minutes, among other things.”

“The Sim Sim Hamara project started on May 7, 2010. Advance financing was provided to RPTW in July 2011 by the USAID. Since then, external capacity builders (who had been on USAID’s payroll from February to April 2011), helped us prepare all the documentation before the money was released to us for procurements. Later, we hired them to assist us in complying with USAID polices. However, one individual from this firm was still on the USAID payroll through September 2011, as he advised us on internal compliance.”

Peerzada also spoke on whether the snapping of funding was “mutually agreed upon” between the USAID and PCTV.

“The term ‘mutually agreed’ applied to the obligated amount of USD 10 million as per RPTW’s contract with USAID and not to the immediate termination of the project,” he said. “In any event, USAID informed us, in writing, that it would not be able to finance the above obligated amount of USD 10 million because of a lack of funds and not for any other reason. We have the letter as proof,” Peerzada added.

“We plan to continue the programme and raise funding for it because it will benefit millions of children in Pakistan. We shall also ensure that our reputation and integrity is fully protected and safeguarded under the law, against all unsubstantiated allegations,” he said.

Until that happens, the colourful cast of characters has nowhere to play, no songs to sing and no questions to ask.