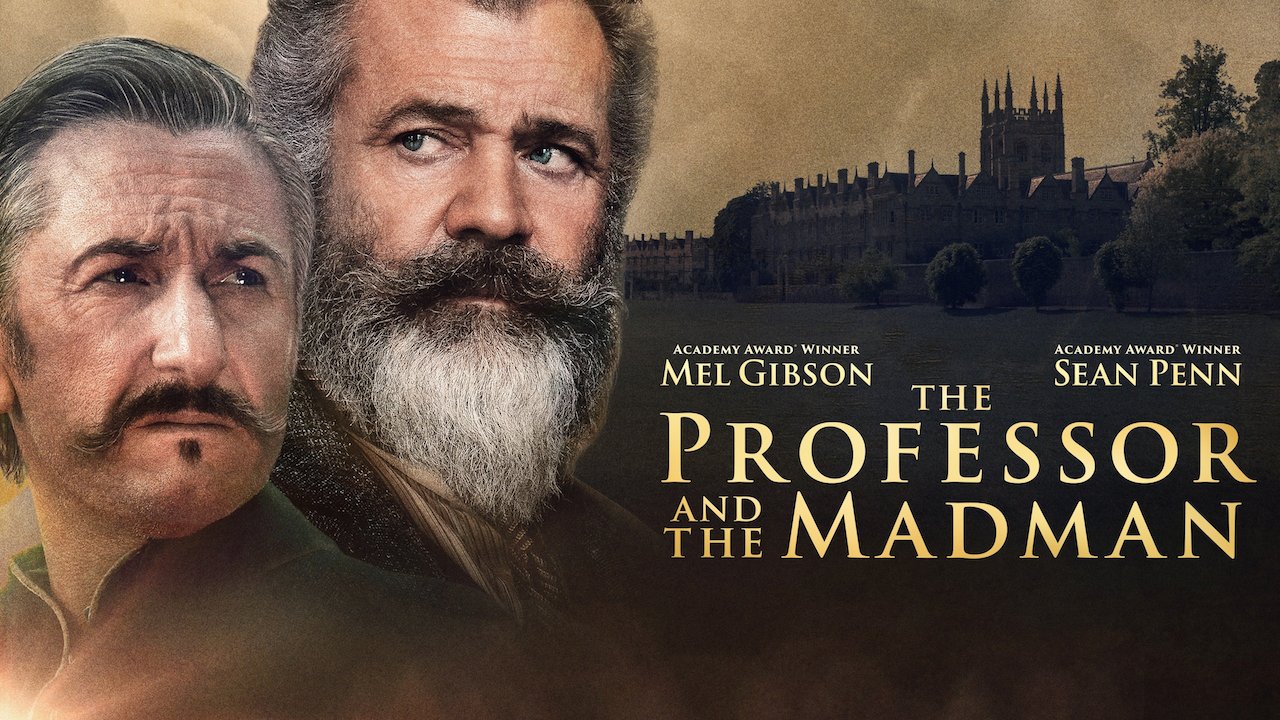 A moving biographical film based on a true story, The Professor and the Madman centres on the compilation of Oxford University Press (OUP)’s very first edition of the English Dictionary based on Historical Principles in the mid-19th century, and the unexpected friendship that develops between a brilliant academic and a criminally insane murderer. One wonders why it took so long for a film to be made on the subject, considering that it was breaking news in the English newspapers at the time.

Based on the 1998 non-fiction book, The Surgeon of Crowthorne by Simon Winchester, the film is set in the 1870s, when the OUP management was reviving its attempts to bring out a comprehensive English dictionary that would trace the historical development of English words, as well as their usage in the many variations throughout the world.

A Scottish lexicographer and philologist, Professor James Murray (Mel Gibson), who is a teacher at the Mill Hill School at the time, appears before the Philological Society to offer his credentials to take up the stalled editorship of this massive undertaking that has been in the works for 20 years. But they view him with disdain because he does not have a doctorate. He explains that he is an autodidact who left education at 14 to earn a living. The snobbish panel of philology academics are confounded with his astounding command over a multitude of diverse languages, but they remain unconvinced. It is only through the efforts of Frederick Furnivall (Steve Coogan), Secretary of the Philological Society who champions Dr. Murray’s candidature for the prestigious editorship, that the panel relents.

Murray begins his work in earnest in 1857, moving his large family to Oxford, where he builds a shed called Scriptorium on his property, hires assistants and devises a system for collation of words that he expects will take between five to seven years to complete. He sends out an appeal to readers through newspapers distributed to bookshops and libraries, to report “as many quotations as you can for ordinary words” and words that are “rare, obsolete, old-fashioned, new, peculiar or used in a peculiar way.”

Dr Murray’s team at the Scriptorium starts receiving around 1,000 quotation slips a day and by 1880, there are 2,500,000. Who would have thought that the first OED was crowd-sourced. Unfortunately, this only incites jealousy among certain members of the Philology Society, who would like to see Dr Murray knocked off his perch.

Meanwhile at the Broadmoor Criminal Lunatic Asylum, Dr. William Minor (Sean Penn), an American incarcerated for mistakenly killing a man, is undergoing treatment for being a danger to himself and others. Dr Minor’s delusions are painful reminders of his experiences in the American Civil War. Some of the violent scenes may leave viewers squeamish but they explain what drives an intelligent, but mentally unstable person – especially a Yale-educated army surgeon – to self-harm. There is a sane and kinder side to him. As recompense for his crime, he donates the bulk of his monthly pension to Eliza Merrett (Natalie Dormer), the destitute widow of his murder victim, who is left to fend for their six children. Paintings and books are Dr. Minor’s only relief, but he finds a purpose in life when he comes across Dr. Murray’s pamphlet in a book. He starts dispatching the first of his 10,000 entries for the dictionary, becoming one of its most prolific contributors.

Scientists say there is a fine line between genius and madness because they share the same genes. Through words, these unlikeliest of men find each other and an unexpected friendship develops. As the diligent and determined Dr Murray, Mel Gibson beautifully expresses a passion for his work and the compassion he feels for Dr Minor’s troubled soul after meeting him for the first time.

As his mental state improves, Dr Minor also bonds with Eliza – until an unfortunate miscalculation in treatment by his doctor sends him into a tailspin. Sean Penn’s heart-wrenching performance as Dr Minor is Oscar-worthy. From his mental and physical anguish to moments of hope and salvation, Penn captures all the emotions with equal intensity.

This biographical period film by Iranian-born writer/director, Farhad Safinia, was not without problems. The project hit a snag when Gibson and Safinia were denied additional filming and the right to the film’s final cut. During an ensuing legal battle between Gibson and the production company, Voltage Pictures, the film languished for a year until the latter won the case. Safinia has not been acknowledged either for directing or co-writing the film – the credit is, instead, given to a pseudonym – P.B. Shemran. Consequently, you won’t find Gibson making any publicity appearances. Interestingly, critics have heaped scorn on the film, but a majority of the audiences have sung its praises.