The government tabled the much-awaited Balochistan package in a joint session of parliament on November 25. The package comprises constitutional, political, administrative and economic recommendations.

It states that the government is “conscious that the provinces have a sense of deprivation in the political and economic structures of the federation” and that the provisions in the 1973 Constitution concerning federation-province relations were circumvented in the past. This package talks about giving provincial autonomy to Balochistan and abolishing the concurrent list. It also recommends that the currently under-construction cantonments at Sui and Kohlu in the Bugti and Marri areas, respectively, be halted for the time being, and the military be withdrawn, which will replaced by the FC. The package also deals with the issue of missing people and states that the list of missing persons will be investigated and, if found in custody, they will be released provided there are no charges against them. Besides these recommendations it also states that Rs 120 billion rupees in outstanding debt owed to the province by the Gas Development Surcharge be paid to province within a 12-year period. The package also includes an inquiry by the superior judiciary into the murder of Nawab Akbar Bugti and other Baloch political leaders.

All Baloch nationalists have rejected the package and have termed it a fraud.

Following the takeover by Pervez Musharraf, particularly after the military operation, the Baloch nationalist forces were divided into two groups: the hardliners and moderates.

The hardliners are supporters of an armed struggle and believe that an armed struggle is the only way to demand the rights of the Baloch. The political parties from this school of thought are members of the Baloch National Front (BNF), the prominent members being Nawabzada Brahamdagh Bugti and Nawabzada Hyrbiyar Marri. They have not only rejected the package but have also rejected all negotiations with the government.

“We will only negotiate with the government regarding the independence of Balochistan,” Nawabzada Hyrbiyar Marri said during an interview with a TV channel.

The Balochistan National Party-Mengal supports all forms of struggle including an armed one, but it hasn’t quit parliamentary politics, because of which it is subject to criticism by hardliner nationalists.

Although the BNP-M has rejected the package, it is still open to negotiations with the government, provided there is an international guarantee.

“The Baloch are demanding authority over their resources and the coastal regions but instead, the federal government has announced some alms for them,” said Habib Jalib Advocate in an interview with Newsline. He also added that the “rulers are not serious about solving the problems of Balochistan. Everybody [in the government] knows who killed Nawab Bugti, other Baloch leaders as well as the common people, but they have called for an enquiry in the package.”

The BNP-M and other political parties claim that not only are policies of Musharraf’s government and the military operation still continuing today, but they are also of the opinion that the government announced the package to divert the attention of the people from criticism of the the NRO.

The National Party is another important party in Balochistan but the hardliners don’t consider it a nationalist political entity because of its clear policy of politics within the framework of Pakistan. Although the party had submitted recommendations for the package and the constitutional committee, the president of National Party, Dr. Abdul Malik Baloch also termed the package a joke.

“Until and unless the military operation is stopped, all missing people are recovered and internally displaced people from Kohlu and Dera Bugti are rehabilitated, we will not accept any package,” said Dr Malik.

All the leaders of these parties claim that they had not been taken into confidence regarding the package. 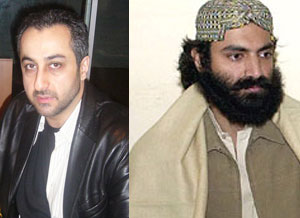 The cancellation of the construction of cantonments was one of the important demands by nationalist parties during their negotiations with committees formed by previous governments. However, according to the nationalists, the decision to remove the cantonments has come too late since these will be replaced by the FC who were also involved in the operation carried out in the province.

According to political analysts, “It is clear that the circles of power are not ready for any concession or negotiations with the nationalists.”

Pakhtuns are the second largest demographic in the province with Pakhtunkhowa Milli Awami Party (PKMAP), the largest Pakhtun nationalist force of Balochistan. They, too, have rejected the package saying that the Pakhtuns have been ignored. “The package doesn’t include projects aimed towards the Pakhtun belt of the province,” said Usman Kakar, the provincial president of party.

Independent observers are of the view that Nawaz Sharif was right in advising the present government to take all stake holders into confidence for the improvement of the situation in Balochistan.

After the rejection of the package by all important nationalists in Balochistan, independent political observers are not optimistic about a breakthrough in solving the problems voiced by the Baloch. However, leaders of the PPP are optimistic and are terming the package as historical. “Even if anyone opposes the package, we have to deliver for the common people of Balochistan,” said Senator Nawabzada Lashkari Raisani.