Many parents have deterred their children from studying in the US, fearing racism and hate-crimes, post-9/11.

Canada was never a first choice for Sumaira Dharani, a freshman at the University of Toronto, but “after 9/11, my parents did not want me to apply to the States,” she says.

Many Pakistanis studying in America state that they have heard about students being harassed post-9/11, but hardly ever experienced it themselves, at least within the college set up. “People did look at me strangely initially, but things are much more normal now,” says Babar Asif, a marketing graduate from the University of Arkansas.

In an effort to curtail the growing xenophobia, many universities have introduced special courses on Afghanistan, Islam or Middle Eastern politics. The UK has proved perhaps the most tolerant, being geographically, politically and culturally more aware.

Students of South Asian origin now serve as a valuable conduit feeding the growing curiosity about Islam and the east. Reza agrees: “People have become more interested in Islam. I get many more questions now than I did before.”

Experiences for others, however, have not been as pleasant. Kidwai relates an incident where a Muslim girl had something thrown at her in public, and another who was surrounded by a group of people and told to go back to Pakistan — even though she was Indian. While students on most campuses are multi-cultural, those studying at colleges in the southern “bible-belt” states of the US, have suffered substantial discrimination.

In the transformed post-9/11 world, Muslim students studying abroad are not only representatives of their countries, but also ambassadors of their faith. The need for effective representation is all the more pressing given the fear propagated by opportunistic leaders and ignorance alike. “The confusion that reigns in this society after 9/11 often reminds me of how a wounded animal would act,” says Reza. “People are confused and irrational.”

The best way to prepare for life in an environment which can prove hostile, is to be prepared, and know what to look out for. Noor Sheikh, a junior at college, and Bilal Zuberi, a Ph.D. graduate, share some of their experiences of life in the US after 9/11.

I was in the process of completing my graduate studies at MIT, and was preparing to defend my Ph.D. thesis in a month. My research advisor, a Nobel Laureate in chemistry, invited me to join a field research campaign on air pollution in Mexico City, along with a team of 150 researchers from the US, Europe and Mexico. That’s when I had an unfortunate encounter with U.S. immigration officials.

I was expected to fly out to Mexico City, via Newark, from Boston on a 6:30 a.m. flight. As a male citizen of Pakistan, I had registered with the INS office in Boston earlier, and remembered being told to arrive at the departure terminal at least five to six hours in advance for international flights. On the day of my flight, I arrived at the airport at 12:30 a.m. as I had been advised. It was deserted, save for the custodial staff. Why had the INS asked me to come in early, knowing the airport wasn’t even open five hours before early morning flights, I wondered?

Aware that the INS offices were closed, I called up the airline and asked if they knew what Pakistani citizens were expected to do. The rather confident male voice on the phone informed me that if the INS wished to speak to me, they would stop me either in Boston or Newark, and that the only important thing was to register when I re-entered the country. Just to be sure, I asked staff in the transit lounge at Newark airport the same question and received a similar answer. My mind at ease, I flew onwards to Mexico City, not knowing that I was in violation of an INS regulation the moment I had crossed the border, without an “exit interview.”

A few days later, I read an e-mail about someone else in a similar situation. I immediately called my lawyers in Boston — luckily I had contacts with a law firm — and informed them of the situation. I wanted to know if I could arrange some paperwork in Mexico City to let INS officials know I had no intention of breaking any regulation, and was trying my best to comply with INS requirements. My lawyer informed me that it all depended upon the person who would interview me, and that we should prepare for posting bail and/or petitioning against the INS (now called Bureau of Customs and Border Patrol in the Department of Homeland Security) in case I was detained or denied entry.

When I arrived at Newark airport after my trip, I was not allowed to use a cell phone and could not get in touch with my lawyers and friends who were frantically waiting to hear from me. I informed the immigration officer about my experience at the time of departure, and showed letters from my advisor attesting he was personally aware of my efforts to find the INS. None of that made any difference, and I was taken into a room for a thorough investigation.

What followed bordered on a criminal interrogation. I had to repeat my story several times and even though the official took notes, he seemed not to remember, or believe, anything I said. I was reprimanded for listening to advice from an airline, and repeatedly told that I may not be allowed entry into the US, because I was a violator of INS regulations. He even tried to make me confess to breaking the INS law intentionally. Thanks to legal advice, I did not comply and kept calm during this unnerving process.

I was expecting to be deported when the officer came back after a brief meeting with his boss. This was my “damn lucky day,” he announced. I was being given the benefit of the doubt and was allowed to enter the country. What seemed unfair was that the decision to deport me or not, depended on the whim of this one official and his boss. Thankfully I was not sent back to Pakistan, just weeks shy of my thesis defence. I was told , however, that a note would be made about this incident in my records, and that any other infraction of INS regulations would result in permanent denial of entry.

Because of what appeared as a glitch in the registration software, I had to go through the entire special registration again: name, address, parents’ info, friends’ info, credit cards, fingerprints etc. The process took nearly three-and-a-half hours, which meant I missed my flight to Boston. At this stage, I was just glad that I was not going to be deported. In retrospect, it’s not a bad idea to have a lawyer on call, in case of an emergency. I know most students would not think of this but in times of crisis, they’d be glad they did. 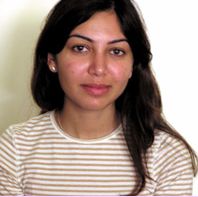 I live in a country where God is dead and Elvis is alive. Rhinoplasty is gifted as a common graduation present, and the season finale of The Osbournes was, in all likelihood, viewed more than the Democratic National Convention. Policymakers in the United States of America have rarely been accused of being the most rational of individuals, and the Homeland Security Act is certainly not going to win them popularity points.

At the age of 20, after two years of living in New York City, I feel a fondness for its inhabitants. It is more than fondness in fact; I think I am in love. Most of my friends at college are American and among them are jaded, fast-talking Manhattanites. These individuals do not have the same take on the new world order that the leaders of their country possess. They are seasoned, adaptable, and witty. Nothing seems to faze this generation of the city-that-never-sleeps. Save for the memory of September 11, 2001.

I left Karachi for Barnard College, a small, liberal arts school under the umbrella of Columbia University, roughly a year after the attacks on the World Trade Center. It was immediately obvious that many of the people I encountered were still on edge from the happenings of the previous year. The decimation of the twin towers was enough to make New Yorkers, who stop for nobody, put down their morning lattÃ©s and take off their sunglasses for a raw, honest appraisal. Their world was visibly rocked, and nobody had an explanation why. Enter George Bush.

We all heard stories about somebody who never fully awoke from the immigration nightmare. Or the sophomore who was detained in an interrogation room for 10 hours at the John. F. Kennedy airport. I’ve seen the lines of Pakistani freshmen waiting in the snow to get finger-printed outside the INS office for registration. The sudden parsimony concerning American visas in the US embassy in Islamabad was a bitter disappointment to those who had secured admissions at excellent institutions of higher learning in America.

I decided to be a maverick and avoid Islamabad all together. I figured that maybe in Toronto, the US embassy officials would be more forgiving and more rational, or have a smaller chip on their shoulders. My naivete makes me cringe now. I did receive my American visa in Canada…eventually. Not before two separate, and equally heinous, amazonian women told me that my family and I were worthless, that I would never land a job with the foreign service (which I had offhandedly mentioned as one of my aspirations), and that I was being given a visa out of luck, because they were bored. Would you like fries with that inferiority complex, ma’am?

I started college expecting many more incidents like this, but, fortunately, I am still waiting. In a country with ideals so different from mine, my culture and creed have never been handled with anything other than kid gloves. People I meet on and off-campus are willing to help. New Yorkers do smile. They will point out the nearest deli to you without a can of mace being involved. I cannot go as far as to say that I have never heard of students being accosted in America, because like in every country, suspicion and fear is deeply sown into the fiber of the ignorant few (or plenty, depending upon which state you are in, and how many police officers are present that day). Even three years after the fall of the World Trade Center, there are constant “security measures” being enacted by the US government. But it was my choice to become a guest in a country submerged in paranoia and misinformation, and therefore, I must adapt… within reason.

Occasionally I kick off my sneakers at the airport security checks, but I have never felt that I have been in gross violation of my fundamental rights as a human being. I have to insist though, if they check me for rope burns this time around, I am with the Clash: Does anyone else hear London calling?