Terrorism, migration and lack of global governance are impacting human rights values across the world. The challenges posed by terrorism have, unfortunately, compelled states to undermine the principles of human rights. And as has been witnessed, even mature democracies have bent the principles of the rule of law to attain peace through state violence. South Asia is no exception in this regard.

Sri Lanka rightfully prides itself as a mature democracy, yet there are serious allegations of it having committed crimes against humanity in the last days of the civil war. Human Rights violations are regularly committed in the north-west of India — the ‘largest democracy’ in the world — in the Kashmir valley and in the areas with the country’s most marginalised communities. They are also on the increase in Myanmar against the minority Rohingya Muslims. Capital punishment is being applied rigorously in Bangladesh and Pakistan in the hope of defeating terrorism, with extra-judicial killings, torture and arbitrary detentions a common occurrence in Pakistan. These measures may hurt terrorist networks, but they also destroy the democratic fabric of a society and encourage tolerance of state oppression.

South Asia shares common challenges. Religious intolerance and militancy is on the rise, the legal system is unable to protect the rights of its citizens and impunity is entrenched. Poverty, lack of educational and health facilities stand in the way of vast populations that live below the poverty line being able to access their basic human rights. Governance continues to deteriorate. These challenges feed on each other and give rise to a vicious cycle of violence and counter-violence.

Pakistan has experienced some of the worst forms of terrorism based on religion since the last three decades. In this period, the theocratic credentials of the state have been strengthened, which in turn has promoted and legitimised religious extremism. Pakistan’s legal framework always included strands of religion-based laws, but the state often interpreted and implemented these in a progressive and liberal manner. During the ’80s, the number of religion-based laws was increased, and their interpretation made more rigid. More importantly, democratic institutions were increasingly forced to conform to tenets of ultra-conservative Islam. All parliamentarians were required to be practicing Muslims with the “highest integrity.” A separate electoral system was introduced to divide the electorate on religious lines. This has since, fortunately, been reversed. A federal Shariat Court was established to strike down any law that was repugnant to Islam. As a consequence of this jurisdiction of the Federal Shariat Court, the laws on murder and physical assault were radically changed. The concept of Qisas (a tooth for a tooth) and Diyat (monetary compensation in lieu of reconciliation) were introduced, thus legalising impunity for those who were powerful enough to influence legal proceedings and pay compensation. A mandatory death penalty was also introduced for alleged blasphemy. Another judgment outlawed the payment on receiving of interest on savings and borrowings. Since the last 15 years, this judgment has been pending in appeal. 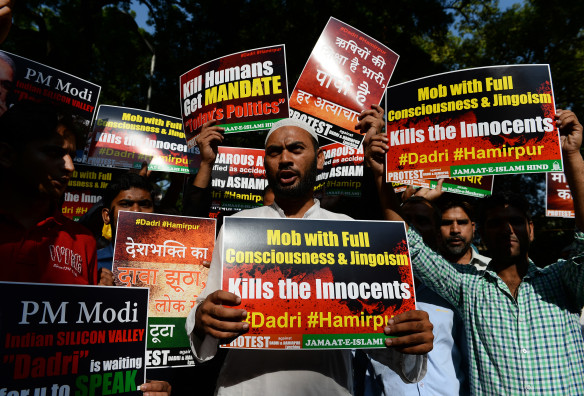 The media and press in Pakistan remain free — except that they cannot hold an open discussion on religion or the role of the armed forces of Pakistan. During the selection of judges to the superior courts, the intelligence agencies are encouraged to file a report on the religious beliefs of the candidates. All official functions and court hearings commence with recitations from the Holy Quran.

At the official level, a number of militant groups have long been patronised and eulogised as “national assets.” Last year the policy on this shifted, but was not fully abandoned, even while an operation was launched against terrorist networks in the FATA region. The army action did curtail violence temporarily, but acts of terrorism continue to haunt the country. This has led the state to take certain undemocratic decisions, and state institutions are either fearful or not prepared to address human rights abuses committed by the security forces of the country. Pakistan’s powerful military has also taken it upon itself to take over key areas of governance and virtually replaced the civilian authorities in foreign affairs, the policies in Balochistan, FATA, Karachi, Gilgit and Baltistan, and Azad Kashmir.

Parliament and the government were given a demonstration of the power of the military when it ostensibly supported a marathon sit-in outside the Parliament. It had its effect. Parliament gave in to laws that provide virtual impunity to the security forces to arrest and detain any person. Military courts were established through a constitutional amendment. The courts have cautiously handled challenges to these laws.

Furthermore, the Government of Pakistan has lifted the moratorium on the death penalty. Since December 2014, over 341 executions have taken place, mostly of ordinary criminals. In 2014, over 1,200 terrorist attacks were recorded, killing over 1,700 civilians. In the same year over 2,000 people were killed in so-called police encounters in Karachi alone. Almost everyone taken into custody claims they have been tortured. There are some credible reports of such torture with photographs or eyewitnesses to support these claims.

The Commission of Inquiry on Enforced Disappearances belatedly set up by the government after much public clamour, meanwhile, has acknowledged that 1,265 people have “disappeared,” and that the corpses of another 155 have been recovered. However, human rights groups put a far higher figure for the dead and missing. And the family of the disappeared accuse security forces of having abducted their family members. In a number of cases, eyewitnesses have provided graphic details of the arrest of individuals who have disappeared at the hands of security forces. In some cases, even the names of those security personnel who picked up the missing people have been disclosed in the Supreme Court and to the press. So far, no one has been tried on the basis of these accusations. 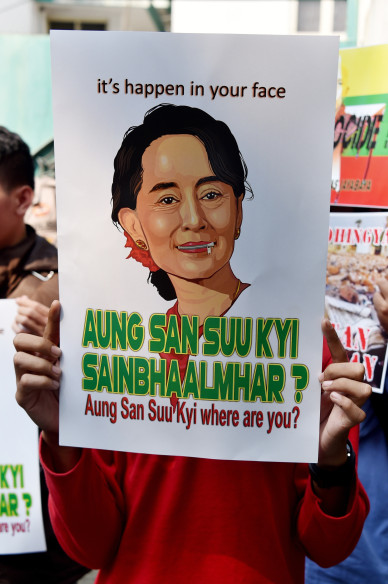 Pakistan may live with terrorism for another decade and it could experience a worsening state of human rights. It is tempting to crush terrorism through brute force, but such policies yield collateral damage. Worse among this perhaps is the mistrust felt by the people of the state, the acceptance of oppression and a state of fear that destroys the quality of life. It also distances the more disadvantaged from the organised civil society of a country which raises its voice against the problems of people, that are more apparent and visible in urban centres, while those who are truly victimised may never be heard, or never have their grievances redressed.

A society that lives in fear of its own state organs can never think or act freely.