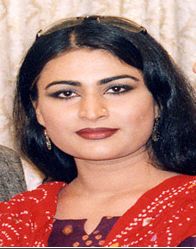 Q: Why is karo kari more prevalent in certain areas of Sindh than others?

A: : It’s more common where the sardari and tribal system is deeply entrenched. In lower Sindh, one rarely hears of honour-killings. I think the proximity of lower Sindh to Karachi and the comparatively greater interaction between the urban and rural areas also plays a role in this. In the fertile areas of upper Sindh are some of the most powerful sardars who own up to 50,000 acres of land. The haris here are extremely oppressed. Many karo kari murders here are a result of indebtedness and disputes over property. A common scenario goes something like this: a villager in debt will invite his creditor to his house on the pretext of repayment. Then he’ll persuade him to stay overnight. Early next morning, he’ll go and kill his wife and label his guest as karo. Naturally the karo will prefer to flee from the scene without collecting his money rather than wait around to be murdered as well.

A: On the contrary, I think it’s underestimated. There are so many cases where FIRs are not registered. Firstly, the state itself doesn’t bother to register one. Secondly the kari’s own family doesn’t show up at the police station — there’s so much stigma attached to the accusation. If the family does arrive, they are taunted by the police for their ‘shame.’ If, by some miracle, they still want to persist, then their biradari will intervene and try to talk them out of registering an FIR against the accused, who is usually a member of their own family.

Q: What role do the waderas play in supporting the tradition of karo kari?

A:The sardars actually encourage it because presiding over a jirga enhances their prestige and they also get a cut from the compensation awarded by the jirga. Look at the sardars who are trying to influence the outcome of the Shaista Almani and Balaksher Mahar case at present. What notions of honour allow a married woman to be forcibly separated from her husband? They are flouting Islamic injunctions as well as the law of the land. Even now, as we speak, they are merely waiting for the Ghotki nazim to arrive before they convene a jirga to decide the couple’s fate.

Q: As an MPA, what attempts have you made to address the issue of karo kari?

A: I have tried to raise the issue in the Sindh Assembly, and have been working with various NGOs and women’s organisations to raise awareness about it and suggest measures to curb it. However, I’ve been very disappointed by the response from other members of the assembly — even the women legislators. A few months ago, Fisheries Minister Manzoor Panhwar said in Jacobabad that karo kari is justified, and as the accused acts out of ghairat (honour), he should be given relief by the judicial system. He also maintained that jirgas should decide karo kari disputes.

When I tried to raise my voice against the statement in the assembly, the speaker, Muzaffar Shah, gave me six warnings in the course of the session! There was no show of support from any of the women legislators — in fact, some of them found the spectacle of the speaker trying to muzzle me very amusing.

Q: Do you foresee any steps being taken to curb karo kari?

A: Not by this government. All the big sardars support Musharraf. And you have people like Chief Minister Mahar himself saying karo kari is our ghairat and part of our culture.