“We in Sindh are being maligned unnecessarily” 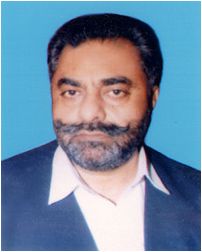 Q: Why is karo kari more a rural than an urban phenomenon?

A: : When any man sees a close female relative — his wife, his mother, his sister or his daughter — in an immoral relationship with another man, he takes leave of his senses and kills her. Illicit relationships happen everywhere, even in the cities. It’s just that people can be more discreet in the cities. In the rural areas, there are, at the most, bushes and watercourses to provide cover. You may have noticed that most of the murders take place in the open. Sometimes even the poor man, the one who had made the accusation of karo kari, ends up getting killed if the karo is armed.

Lack of education is an important factor. Most people in rural areas can do little else but work on farms; they work in close proximity with strange women, and that can lead to temptation.

A: Well, the practice can be described as pre-Islamic. In those days, girls would be killed merely because their birth brought shame upon their family, so in a way the precedent is there. Of course, it’s somewhat different now. But even the Quran has said that if a woman is seen committing adultery by four witnesses, she should be stoned to death. Karo kari per se isn’t sanctioned by Islam, but which man can stand his wife being lured away by another and not be driven insane? Even male animals can’t tolerate it if a strange male comes near their females.

Q: In actual practice though, many accusations of karo kari have no merit and are driven by motives of financial gain…

A:That’s true, but it’s important to investigate whether there is any truth in the charge. In the villages, it’s difficult to hide such things. And if we find that the allegation is false, the accuser has to pay compensation to the alleged karo. Also, if the accuser is say, her brother-in-law, we don’t believe him outright but try to determine the truth. There are many instances where a brother-in-law has attempted to seduce his brother’s wife but, upon being rebuffed, laid a charge of kari at her door. Sometimes, wives themselves try to create trouble between brothers by alleging that their brother-in-law was making overtures towards them.

Q: If the accuser, particularly if it’s her husband, insists that his wife is guilty of an illicit relationship, can she successfully deny the charge?

A: No, she won’t be believed, nor will she be asked. Perhaps the naik mard with whom she has taken shelter may ask her but that is all.

Q: There are times when this “naik mard,” in the name of giving her shelter, himself exploits her…

A: There are certainly those who take advantage of karis, but word does get around. His reputation will be tarnished and other women won’t seek shelter with him.

Q: What is your opinion on the practice of giving girls as sangh to the aggrieved party in jirga decisions?

A: I am very opposed to this practice. In the 12 years that I have been giving faislas, I have never given girls in sangh. We in Sindh are being maligned unnecessarily. Look at the ghastly decisions made by jirgas in the Punjab. Have you ever heard of jirgas in Sindh sanctioning the gang-rape of a woman, or of women being stripped and paraded naked? Here we may kill a couple in an illicit relationship, but at least we don’t do such things. And we don’t go out and indulge in mass murder because someone has brought dishonour on our family. It’s better to kill one’s own than to kill others.

Q: What punishment should a man accused of karo kari be given?

A: He should be given half the punishment as that for a planned murder.

Q: In actual practice though, most men accused of honour-killings serve very little time because the jirga effects a reconciliation through the payment of compensation.

A: Well, yes, that does happen…