“If my book generates any sort of dialogue among Afghans, then I think it will have done a service to the community”

Returning to Afghanistan for the first time this year after 27 years in exile in America, Khaled Hosseini talks of Kabul in its heyday. His debut novel, The Kite Runner, explores the powerful relationship between a father and son during the Afghan monarchy and his hopes for a peaceful post-Taliban Afghanistan. 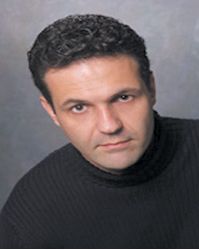 Q: In The Kite Runner, do you create characters and events that are based on personal recollections or is the story purely fictional?

A: The story line of my novel is largely fictional. The characters were invented and the plot imagined. However, there certainly are, as is always the case with fiction, autobiographical elements woven through the narrative. Probably the passages most resembling my own life are the ones in the US, with Amir and Baba trying to build a new life for themselves. I, too, came to the US as an immigrant and I recall vividly those first few years in California, the brief time we spent on welfare, and the difficult task of assimilating into a new culture. My father and I did work for a while at the flea market and there really are rows of Afghans working there, some of whom I am related to.

I wanted to write about Afghanistan before the Soviet war because that is largely a forgotten period in modern Afghan history. For many people in the west, Afghanistan is synonymous with the Soviet war and the Taliban. I wanted to remind people that Afghans had managed to live in peaceful anonymity for decades, that the history of the Afghans in the twentieth century has been largely pacific and harmonious.

Q:What are your recollections of the last days of the Afghan monarchy and the subsequent invasion of the Soviet forces?

A: Kabul was a thriving cosmopolitan city with its vibrant artistic, intellectual and cultural life. There were poets, musicians, and writers. There was also an influx of western culture, art, and literature in the ’60s and ’70s. My family left Afghanistan in 1976, well before the Communist coup and the Soviet invasion. We certainly thought we would be going back. But when we saw those Soviet tanks rolling into Afghanistan, the prospect for return looked very dim. Few of us, I have to say, envisioned that nearly a quarter century of bloodletting would follow.

Q: Is Amir’s youth synonymous with your adolescence?

A:I experienced Kabul with my brother the way Amir and Hassan do: long school days in the summer, kite fighting in the winter time, westerns with John Wayne at Cinema Park, big parties at our house in Wazir Akbar Khan, picnics in Paghman. I have very fond memories of my childhood in Afghanistan, largely because my memories, unlike those of the current generation of Afghans, are untainted by the spectre of war, landmines, and famine.

Q: Can you shed light on the role of women at the time?

A: I came from an educated, upper middle-class family. My mother was a Persian and history teacher at a large high school for girls. Many of the women in my extended family and in our circle of friends were professionals. In those days, women were a vital part of the economy in Kabul. They worked as lawyers, physicians, college professors, etc., which makes the tragedy of how they were treated by the Taliban that much more painful.

Q: Your novel touches on internal strife before and during the Taliban government but lacks a strong focus on women.

A: My own background is fairly liberal and so this notion of ‘protecting women from outside intrusion’ is not in my nature, nor in my upbringing. The Kite Runner is a story of two boys and a father, and the strange love triangle that binds them. It so happens that the major relationships in the novel are between men, dictated not by any sort of prejudice or discomfort with female characters, but rather by the demands of the narrative. The story of what has happened to women in Afghanistan, however, is a very important one, and fertile ground for fiction. I have started a second novel set in Afghanistan, and so far all of the major characters are shaping up as women.

Q: Given the present state of politics and the American agenda in the region, how do you perceive the future of Afghanistan ?

A: I returned to Kabul this past March, after a 27-year absence. I came away with some optimism but not as much as I had hoped for. The two major issues in Afghanistan are a lack of security outside Kabul (particularly in the south and east) and the powerful warlords ruling over the provinces with little or no allegiance to the central government. The other rapidly rising concern is the narcotic trade which, if not dealt with, may turn Afghanistan into another Bolivia or Colombia.

Equally important is the lack of cultivable land for farmers, a profound problem when you take into account that Afghanistan has always largely been an agricultural country, and that even before the wars destroyed lands and irrigation canals, only 5 per cent of the land was cultivable. A great deal remains to be done in Afghanistan and the jury is out as to whether the international community has the commitment and the patience to see the rebuilding process through.

This last month, though, I have seen some cause for optimism. The Bush administration tripled its aid package to Afghanistan. Karzai finally (and courageously) announced that warlords will be forbidden from holding office in the future government. And finally, NATO agreed to expand the peacekeeping forces to troubled areas outside of Kabul.

Q: Why did you return after 27 years?

A: I returned to Afghanistan because I had a deep longing to see for myself how people lived, what they thought of their government, how optimistic they were about the future of their homeland. I was overwhelmed with the kindness of people and found that they had managed to retain their dignity, their pride, and their hospitality under unspeakably bleak conditions.

I did see plenty that reminded me of my childhood. I recognised my old neighbourhood, saw my old school, streets where I had played with my brother and cousins. And, like Amir, I found my father’s old house in Wazir Khan.

Q: Lastly, what were the reactions of Afghans in exile in the US after reading your novel?

A:I get daily e-mails from Afghans who thank me for writing this book, as they feel a slice of their story has been told by one of their own. So, for the most part, I have been overwhelmed with the kindness of my fellow Afghans. There are, however, those who have called the book divisive and objected to some of the issues raised in the book, namely racism, discrimination, ethnic inequality etc. If this book generates any sort of dialogue among Afghans, then I think it will have done a service to the community.

Q: Can you tell me about your second novel?

A:I am not sure how it will shape up, whether it will become one woman’s story or a family saga told from various women’s viewpoints.

But it will also be set in Afghanistan’s pre-Taliban days and, I suspect, in present-day America. I wish I could tell you more but I don’t know a whole lot more myself about it.