Tuesday, August 6, 2010 was not expected to be a particularly eventful day for the troops or village folk on the western side of the 740 km Line of Control (LoC) that divides Kashmir between India and Pakistan. Most of them were observing Ramazan when clashes and firing flared up between the two nuclear-armed neighbours. Which side fired the first shot and what provoked it remains a moot point amid the usual accusations, counter-accusations and blame game by state players. The tense environment was further vitiated when the hawkish minority on both sides started aggravating the situation even more. There were, however, rational elements on both sides of the border who urged for restraint and reason, since continued border violations and provocations would jeopardise the efforts to ease tensions and, more importantly, the attempted liberalisation of trade and investment.

The tensions along the LoC have had a especially negative effect on trade and industrial relations between India and Pakistan. Whenever businessmen are able to successfully lobby the governments to ease the restrictions, such events ensure that their momentum slows down. It is a sad commentary on the South Asian Association of Regional Cooperation (SAARC) that border tensions and hostilities along the LoC hamper the regional integration that is crucial for the economic progresses of this dynamic block. But there is cautious optimism that breakthroughs can be made in the immediate future, especially if the planned meeting between Prime Minister Nawaz Sharif and his Indian counterpart Manmohan Singh on the sidelines of the upcoming UN General Assembly meeting in September goes according to plan. Recently, the ‘Track II’ initiative was agreed upon, with Pakistan being represented by veteran diplomat Shahrayar Khan and India by S.K. Lambah, the former High Commissioner to Pakistan. In fact, the two prime ministers were already singing a pleasant duet, even before Sharif took office.

But what is ironic is that despite the stop-start nature of the relations between the two neighbours, informal trade — which is done mainly through third-countries and personal baggage — continues unhindered and keeps on growing. It is estimated that informal trade is worth around 3-4 billion dollars, whereas the documented bilateral trade between India and Pakistan is only $2.35 billion, with Indian exports at $1.85 billion and Pakistani exports being just over the meagre sum of $500 million.

Informal trade is obviously not a viable or appropriate manner to do business; the backbone of economic development has to be formal trade. Concerned ministers and officials inform the business community that they envisage bilateral trade to reach $15 billion by the end of 2015, and the potential for Pakistani exports in India would be at least $5 billion. Notwithstanding these optimistic forecasts, the fact is that words need to be sincerely put into action. Pakistan and India have to determine the route towards peaceful co-existance and their leaders have a clear choice: either move on the path of integration and trade liberalisation, or remain hostage to jingoistic hardliners and vested interests.

Both countries are, at the moment, in the throes of an economic crisis. The depreciation in the value of their currency, the hardships faced by the burgeoning population, the economic fall-out of their industries and businesses and the ever-increasing defence budgets and perennial energy shortages demand that efforts should be focused on regional cooperation and the setting up of an inclusive and sustainable development agenda. The present imperatives should result in common policies that are welfare-oriented rather than militaristic. The emphasis should be directed towards food security and cooperation in agriculture. Planning should also be initiated to tackle poverty and the growing energy crises. There has to be a synergistic approach towards minimising risks from natural disasters as well. Furthermore, concerted efforts must also be undertaken to streamline regional connectivity, such as freer regional mobility of workers and passage for vehicles to transit. India and Pakistan also have to take advantage of the youth bulge; this demographic would be a game changer for the region if properly harnessed in the coming years. All of these critical issues facing India and Pakistan can be best overcome if the two countries work together towards achieving them. And once these two start to cooperate with each other, one of the inevitable outcomes would be an end to the constant threat of warfare. This would also help in putting an end to entire infrastructures in India and Pakistan that live off these hostilities.

People of these two countries should also become more vociferous in calling for a paradigm shift towards social, economic and regional stability. It is necessary that the benefits of economic progress profit the region’s population. The governments must endeavour to create an environment that promotes trade and investment, such as by removing most of the Non-Tariff Trade Barriers and by utilising the private sector’s know-how, capital, entrepreneurship and efficiency to drive the region’s economic growth. It is also time to terminate the nexus of belligerent hardliners that includes retired and redundant defence analysts, unscrupulous advocates and facilitators of undocumented trade, extremist nationalists, bigoted politico-religious parties and organisations and confrontational media anchors. 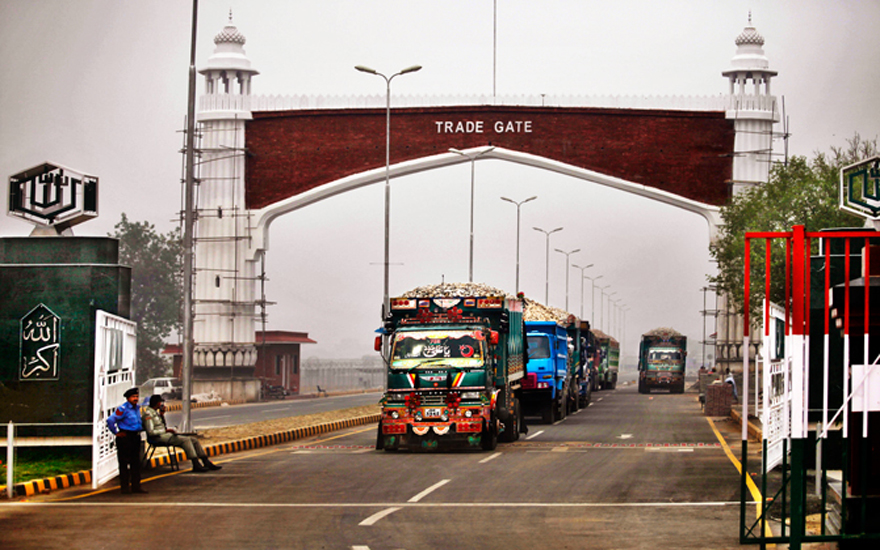 The governments must endeavour to create an environment that promotes trade and investment, such as by removing most of the Non-Tariff Trade Barriers and by utilising the private sector’s know-how to drive the region’s economic growth. It is also time to terminate the nexus of belligerent hardliners that includes retired and redundant defence analysts, unscrupulous facilitators of undocumented trade, extremist nationalists, bigoted politico-religious parties and organisations and confrontational media anchors.

Apart from local businessmen of these two countries, international organisations such as the World Bank also recognise the vast potential that India-Pakistan trade has. A recent report by the Bank, titled ‘Pakistan the Transformative Path,’ states that: “Conservative estimates suggest that bilateral trade flows could multiply at least three times, and most observers agree that the growth-enhancing dynamics that this process would unleash would be even more significant for foreign direct investment (especially information technology and manufacturing), services (including financial and tourism), integrated value chains in manufacturing, and power projects.” To reap these benefits, the Bank lists 12 most urgent, transformational reforms required to be taken by the Sharif government vis-Ã -vis its relations with India. The Bank insists, like many of us in the region, that despite the tensions and other complexities affecting the normalisation of relations between India and Pakistan, it is incumbent upon both the governments to continue this process.

India and Pakistan must embark upon a new process of thinking. This year when the United States celebrates the 50th anniversary of the iconic ‘I have a dream’ speech by Martin Luther King, his words take on a significant meaning when echoed in the Pakistan-India context: “We must learn to live together as brothers or perish together as fools.”