The India-Pakistan roller coaster is well on its way again, this time falling so deeply into the down loop that I’m beginning to wonder when it’s going to start climbing again. The latest provocation, of course, has been the killing of five Indian soldiers on the Line of Control (LoC) on August 6, and subsequent retribution from the Indian side in which Pakistani civilians as well as soldiers are said to have died. The maxim, ‘An eye for an eye,’ has been much in play in recent days, and now the question is, is it going to make both India and Pakistan blind?

So what is it about us that makes us both brittle and brutal? There are two schools of thought that have largely defined the Indian point of view towards Pakistan, at least in recent memory, which means about 15 years. Clearly this coincides with the emergence of private television in India, which has played a huge role in shaping the debate — but more of that, later.

The first school of thought is the largely liberal, left-of-centre position which believes that India and Pakistan live squarely in the middle of the poorest region in the world, and that the alleviation of this poverty must jointly define our destiny. That we remain one people, notwithstanding the passing on of the Partition generation, and that we have much more in common than we realise. Moreover, no matter what the animosity or the provocation, India and Pakistan remain joined at the hip, believes this school, no matter that they were separated at birth in 1947 (and later in 1971).

The second school argues that since, in recent history, the bad has largely outweighed the good and Pakistan has been the fount of most India-specific terrorism, India must not only shut off all doors of communication but also prepare to properly retaliate next time such a provocation comes along. After all, goes this argument, no one asked the Pakistani Northern Light Infantry to invade India at Kargil, dressed in mufti. And, why did 10 Pakistanis catch that boat in Karachi and make their way with automatic weapons to Mumbai in November 2008?

There is enough evidence and argument to show that both schools are equally justified in their views. Indians and Pakistanis do share a lot in common — their food habits, their clothing, their jokes and their languages, among other things — but it is important to remember that this is true largely for Indians from North India, or the expanse from Kashmir to Rajasthan, via Punjab. 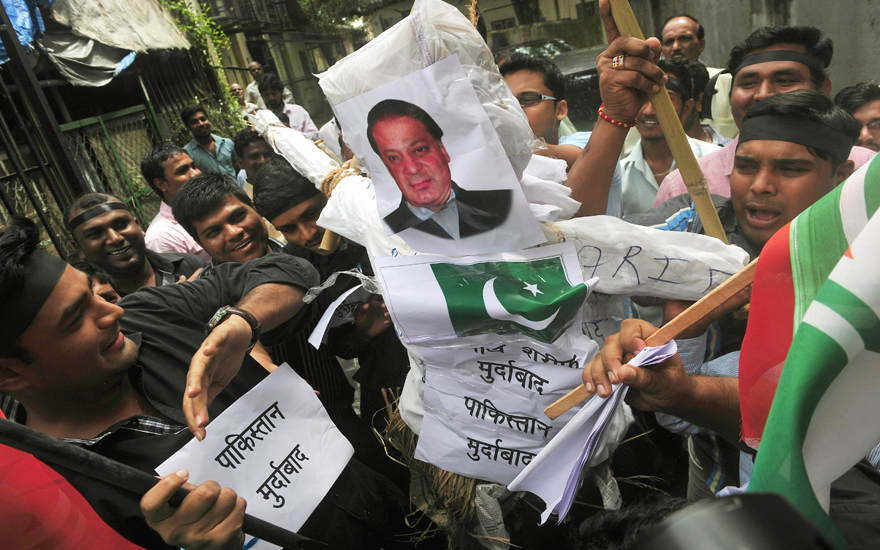 In fact, I would argue that the India-Pakistan problem is really a Punjab-Punjab problem, and this is because the one million Hindus, Muslims and Sikhs who butchered each other in 1947 all belonged to this undivided state. Remember that the killings in Kashmir followed Partition. And as for Rajasthan and Sindh, they have always remained the poorer cousins of their respective Punjabs.

I believe that the terrorist masterminds know this too, which is why they have picked their targets carefully. The expansion of the terrorist canvas to Kargil in 1999 and to Mumbai in 2008 is the mark of a strategist. Kargil served to renew the secondhand animosity and anger that was once reminiscent of another generation by bringing the war into India’s living rooms, day after day, while the attacks in Mumbai seared the anti-Pakistan feeling into the national brain cortex.

The Mumbai attacks, especially, continue to live inside the collective sub-conscious like nothing else. One moment ordinary people like you and me — with nothing to do with faraway Kashmir or that old Punjab problem — were having a drink at the Leopold CafÃ© or dinner at the Taj or at the Oberoi in Mumbai, and the next minute we were dead.

And the most tragic story of all, so evocative of Mumbai because it need never have happened, is the story of Karambir Kang, the general manager of the Taj hotel, who was busy rescuing guests caught in the line of terrorist gunfire rather than his wife and children — who couldn’t escape their hotel rooms because the wing in which they lived had caught fire.

As Hindus believe, was it written in Kang’s fate lines when he was born that he would suffer such immense personal grief for no fault of his own? Or should he have taken fate into his own hands that night? What did he and the scores of others who died and were injured in Mumbai during those 62 hours have to do with 10 Pakistanis on a boat from Karachi to Mumbai? 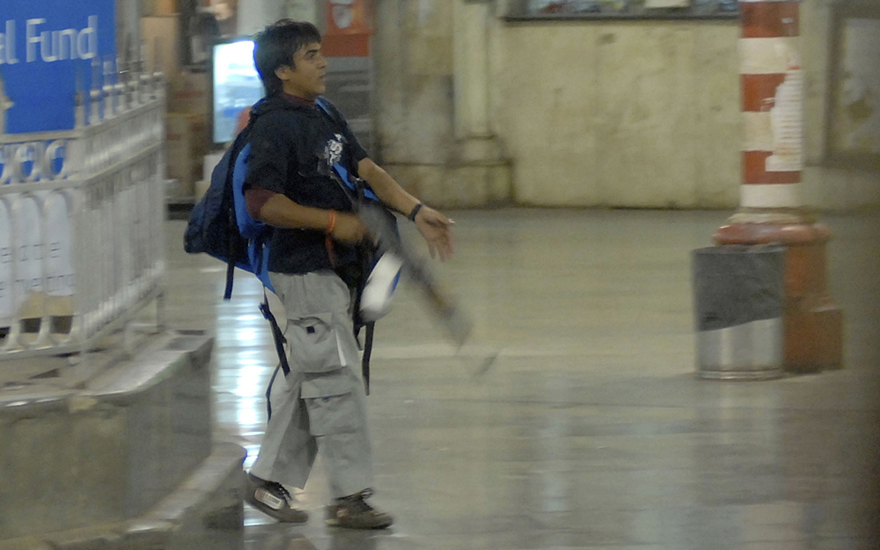 India continues to react with such brittleness to provocations from Pakistan because it has not been able to come to terms with Mumbai. There is the competitive nationalism as well as the politics playing out inside Indiaover the LoC deaths, but it is important to understand the root of this anger. You can place Kargil into a context, of limited war fought by soldiers from both countries. But Mumbai? Those were ordinary people, simply enjoying the passing of an evening in each other’s company.

The truth is that India continues to react with such brittleness to provocations from Pakistan because it has not been able to come to terms with Mumbai. There is the competitive nationalism as well as the politics playing out inside India, of course, over the LoC deaths, but it is important to understand the root of this anger. You can place Kargil into a context, of limited war fought by soldiers from both countries. But Mumbai? Those were ordinary people, simply enjoying the passing of an evening in each other’s company.

Unless Pakistanis understand how Mumbai has changed India’s psyche, I believe there can be no real understanding or movement forward between our two countries. Of course, there is immense sympathy for what ordinary Pakistanis go through each hour and each day of their lives, from Khyber Pakhtunkhwa to the streets of Lyari in Karachi, not knowing if you’re going to return home tonight. The crucial difference is that Indian citizens are not contributing to your personal hell.

I believe that the Pakistani government is sending a judicial commission in the first week of September to India to interrogate the witnesses of the Mumbai attacks, i.e. two or three people who saw Ajmal Kasab carry out his drug-induced terror fantasies. Unlike the last time when the judicial commission came and were not allowed to interrogate either Kasab or the witnesses, it is hoped that the interrogation of these witnesses in Mumbai will help the Pakistani courts to frame charges against Lashkar-i-Taiba ringleaders like Zaki-ur-Rehman Lakhvi and others, who are currently in jail in Pakistan.

The Pakistan government must move against the masterminds of the Mumbai attacks. There is enough support inside Pakistan to exorcise the poison that has begun to course through the body politic. Taking steps to punish the Mumbai accused would be the greatest confidence-building measure between India and Pakistan.

That said, there is incredible respect for the recently elected prime minister of Pakistan, Mian Nawaz Sharif, for understanding India’s anger over the killings of Indian soldiers on the LoC and for insisting that the dialogue process should go on. Nawaz Sharif is a true peace-strategist because he has suffered personally at the hands of his own army — but has returned to tell the story, not only about his country but about Pakistan-India. That is why the back-channel interlocutors, Shahryar Khan and Satinder Lambah, have recently been in Dubai to prepare an agenda so that the two prime ministers can talk to each other in New York. It’s irrelevant whether they will eat kebabs or idli for breakfast or whether a red or blue carpet will pave the way to the Manhattan hotel where they will meet. The most important thing right now is that they will shake hands, and perhaps even talk about what they can still do to improve the relationship between their two countries.

So here is my ideal way forward: Pakistan will take action against those who are guilty of masterminding the Mumbai attacks and India will reciprocate by not only integrating Pakistan into the Indian economic dream — although there isn’t much left of it these days — but also opening the door to resolving Siachen and Sir Creek.
In the meantime, there is the visa regime to consider. It would be nice to tear it up and throw it into the dustbin of history.