With the recent spate of Pakistani films hitting the silver screen — five were released this Eid: three Pushto, one Urdu and one Punjabi — and all failing to make an impact, both critically and at the box-office, it was with great trepidation that this writer went to the premiere of Main Hoon Shahid Afridi, directed and produced by first-timers Syed Ali Raza, and Humayun Saeed and Shahzad Nasib respectively. However, I need not have worried. One must hand it to the team for getting it right the first time round. In fact, it would serve some of our veterans well to take a leaf out of their book.

Boasting all the masala that is required to make a commercial hit — the right mix of glamour, emotion, patriotism, religiosity, humour, intrigue, violence, sex, opulence, cricket and music — the film has a sound, logical (well, for the most part!) script, seasoned actors — mostly courtesy television — beautifully-choreographed dances, elegant costumes and relatively slick editing. Of course, the film has its fair share of flaws too, but by and large they are not so jarring as to detract from the enjoyment of the film, so that overall, it comes across as a commendable effort.

The plot revolves not around Shahid Afridi, as some may expect, but around Akber (Humayun Saeed), a cricketer par excellence who is married to Sara (Mahnoor Baloch), the daughter of a rich and unscrupulous business tycoon, Asif Qureshi (Jawed Sheikh), who despises his son-in-law. On one of his cricketing tours, Akber is framed on charges of being in possession of drugs and imprisoned. His father-in-law serves him the divorce papers while he is still serving time and takes off with his daughter and grandson; even his own father (Nadeem) wants to have nothing more to do with him, and his mother dies of a heart attack.

Fifteen years elapse, giving way to a parallel track — that of Shahid Bhatti (Noman Habib), a young lad who is obsessed with cricket and dreams of one day becoming as sensational as Shahid Afridi. He belongs to a local club in Sialkot that has gone bankrupt. He convinces the club manager, Malik Khalid (played by Ismail Tara), to participate in a national tournament that can win them enough money to end their state of financial distress. They need a coach, and who better to fill those shoes than the Sialkoti Akber, who could save the day for them Ã  la Chak De India. But wait — the film may have been inspired by the Shahrukh Khan hit flick, not to mention the Aamir Khan cricket-based movie, Lagaan, but there is a twist in the tale — Akber’s son Mikaal (Shehzad Sheikh) is the captain of the rival team, patronised by his grandfather. So you really have to see the movie to discover which side wins and what is to become of the fate of the two protagonists, Akber and Shahid. 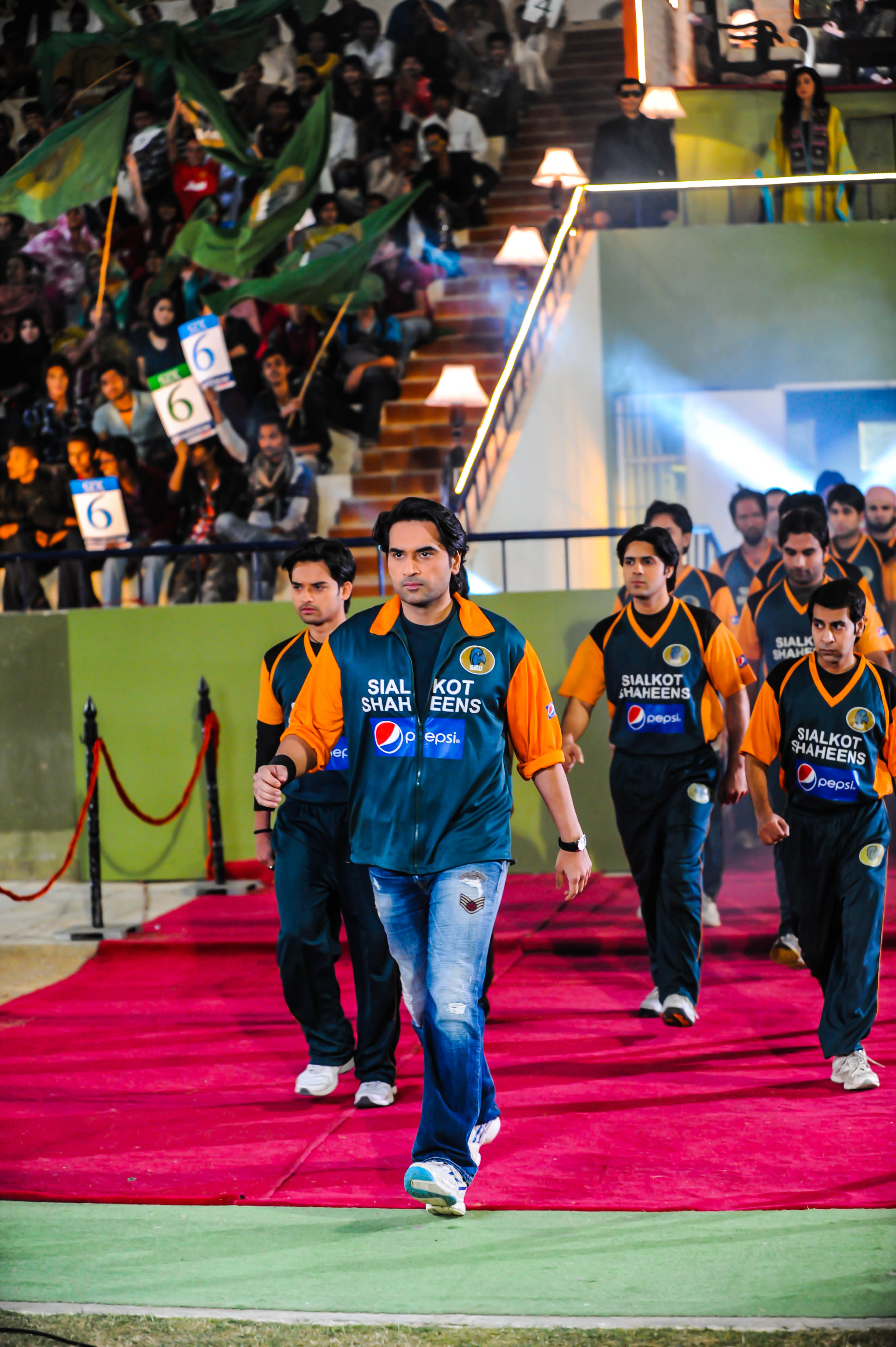 Now for the shortcomings. While the script is overall a tight one, which is more than what one could say for most Pakistani movies released over the last couple of decades, there are a few details that are surprisingly overlooked. For instance, Sara never learns till the end that her husband was innocent, and even the audience is left in the dark as to who actually framed Akber. If it was indeed his father-in-law, that should not have been left vague. Also, Sara remains more-or-less a one dimensional character throughout the film, and aside from using her as a sex symbol — and believe it or not, she comes across as more alluring than Mathira — her character isn’t allowed to develop.

Then there are one or two inexplicable scenes which defy logic. For instance, in a flashback scene Akber’s mother is shown dying of a heart attack when the couple hears of their son’s incarceration. Yet, in another scene, when Akber is attempting to return home, the mother is shown to be alive. Also, when Akbar comes home later, he finds the house in pathetic shape, from the creaking, dusty doors to the cobweb-ridden furniture in it, although his father had continued to live there. Oh, and one must not forget the divorce papers which were supposed to have been issued in 1998, but were dated 2013! The film falters on another count: its abrupt ending. It appears as if the director just wanted to wrap up the film fast, so without dwelling on a proper scene or two and linking it to the climax, he ended it in a manner that seemed highly improbable and difficult to digest. 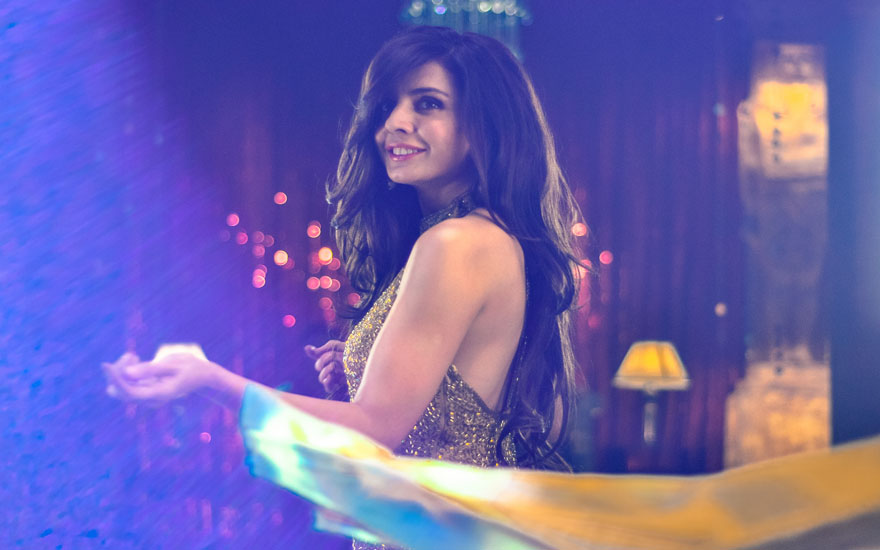 These flaws aside, the casting — both of veteran actors and first-timers — is perfect, and it was a relief to see Shafqat Cheema (as the senior Bhatti) not playing one of his typical villainous roles but portraying a more believable character. 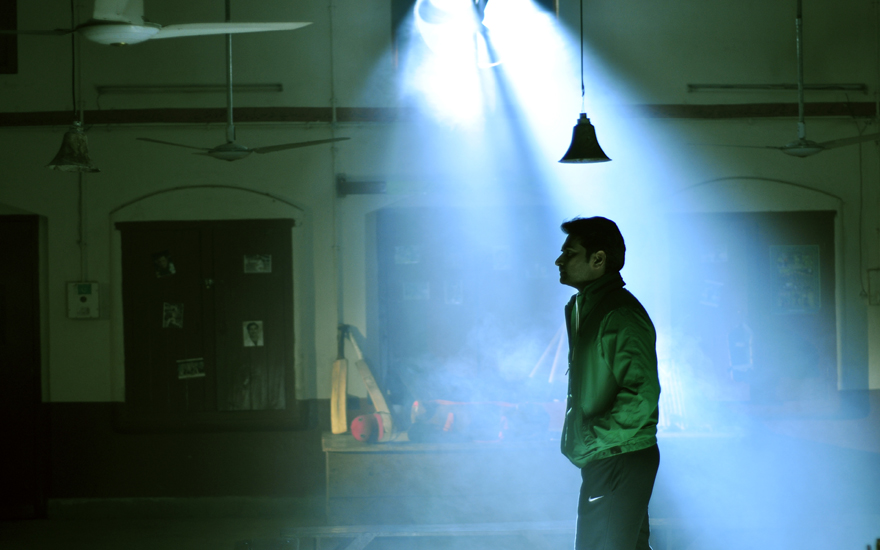 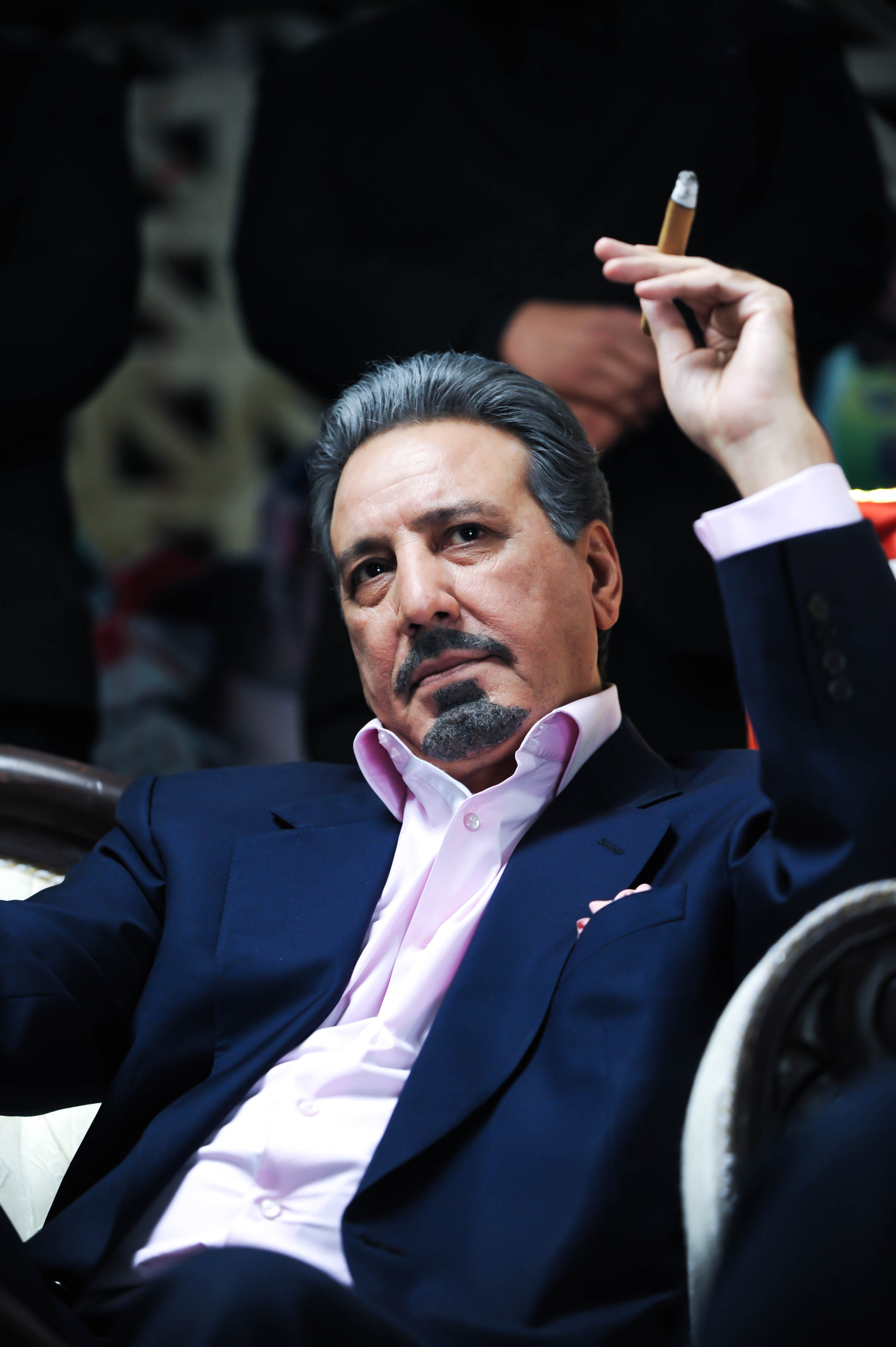 A lot of money has been pumped into the movie — it is perhaps Pakistan’s most expensive film to date — and this is evident from the cinematography, sound, costumes and sets to grand sequences. The film is fast-paced so for the most part you don’t feel bored — the only portion where I felt my attention drifting was during the banter between Shahid and Alina (Ainy Jaffri), his love-interest, as the audio was not too clear at that point. The addition of a few secular touches in a non-preachy, nay witty, style add to the film’s finer points.
All in all, Main Hoon Shahid Afridi brings a glimmer of hope to Pakistan’s ailing film industry.

Go bat for it.