In a rigidly conservative country like Pakistan, it is hard to reverse the changes that military dictator Zia-ul-Haq introduced during his illegitimate rule. The present extremism and intolerance prevailing in society are a legacy of the Zia years. Civil society has long been clamouring for reforms in the education sector, where schoolbooks preach hatred, extremism, misogyny and intolerance. But thanks to pressure from the conservative right, civilian governments — including the recent government of the secular PPP — have been reluctant to free the country from Zia’s legacy.

Still, the Awami National Party (ANP) showed courage and resolve when it came to power in Khyber Pakhtunkhwa after the 2008 elections. The 18th Amendment in the Constitution empowered the provinces to develop their own education curriculums. ANP took a step forward by purging the schoolbooks of content that propogated the killing of innocent human beings in the name of Islam; hatred against minorities and India; and distortions of the history of the land and its culture. This reformation process started in 2006 and the ANP invited academic figures and religious leaders from different schools of thought on board. The new curriculum was finally implemented in 2010.
Instead of focusing on short-term electoral gimmicks like laptop distribution or income support programmes, the ANP made a long-term investment in society. But unfortunately, the province is not destined to fully benefit from their initiative since the ‘heirs’ of Zia — the Jamaat-e-Islami (JI) — have come to power in KP through a coalition government with the Pakistan Tehreek-e-Insaf (PTI) this year.

Jihad is a part of JI’s manifesto. The Jamaat may have had only 8 seats in the KP parliament to PTI’s 48, but it has already succeeded in imposing its agenda on its coalition partner. When PTI and JI were talking about forming a coalition, JI had demanded the education ministry, with the obvious objective of bringing changes to the curriculum. PTI resisted and convinced JI to drop the idea of having the education ministry, thereby dispelling the apprehensions of civil society. But the situation took a U-turn on August 3 when a JI delegation called on PTI’s chairman Imran Khan and convinced him to restore the old hateful curriculum that ANP had painstakingly removed 25 years after Zia’s death.

The religious affairs minister of KP, Habibur Rehman, confirmed to Newsline that PTI chairman Imran Khan has agreed in principle to the restoration of the old curriculum in KP. “A working group in this effect met him on August 3. Imran Khan told JI representatives that he has invincible faith in Islam and cannot even think of repudiating jihad,” said Rehman.

Days later, Imran Khan was also widely quoted in the media as saying that he could surrender the government in KP, but not jihad and its propagation. 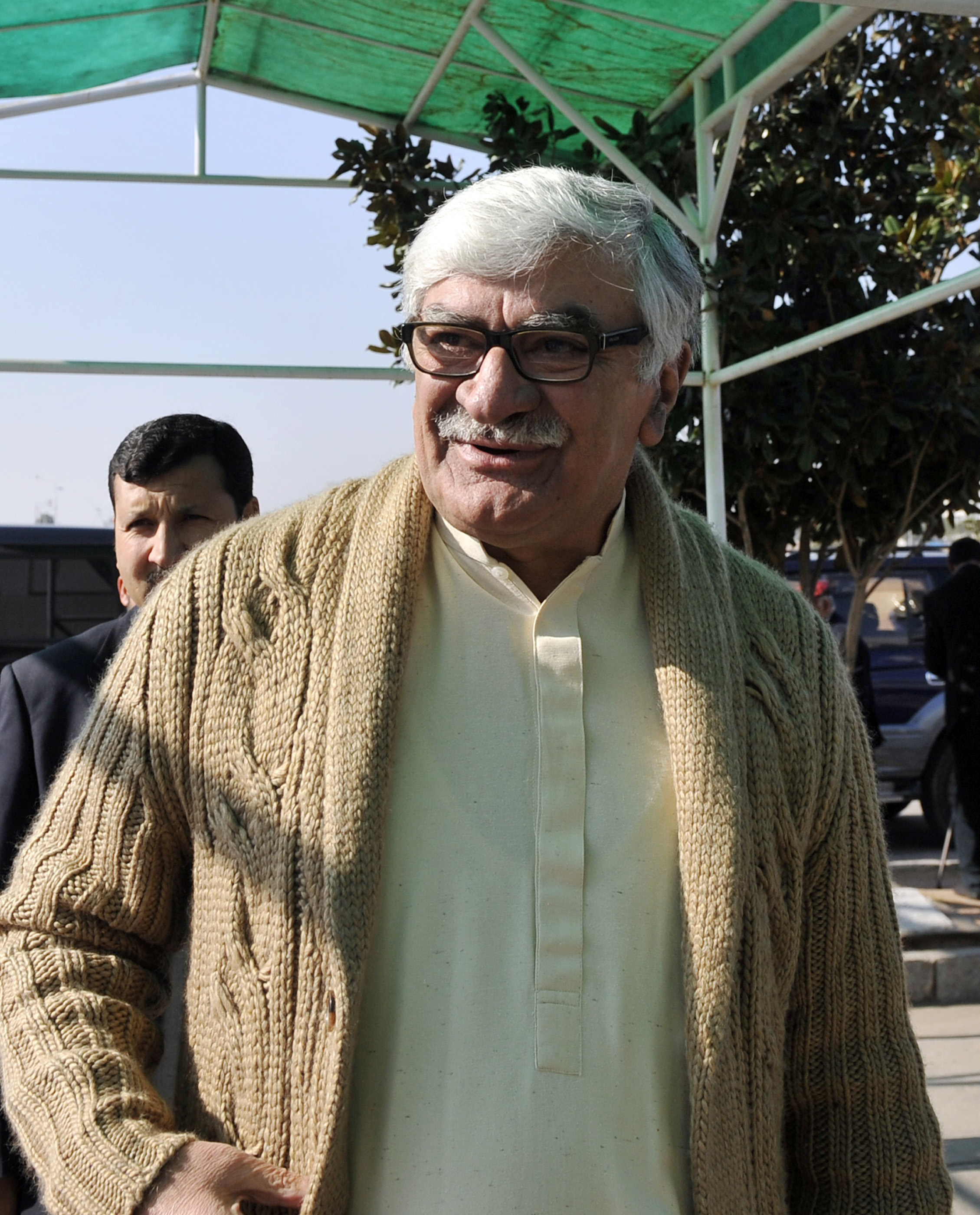 ANP had not introduced any amendment that could be declared un-Islamic and the curriculum that it approved was acceptable to scholars of different sects. ANP had removed Surah-e-Anfal from the textbooks of grade 9 and 10 students, but it had sound reasons for doing so. Surah-e-Anfal had originally been inserted out of context in the textbooks by Zia-ul-Haq with a misleading interpretation that suggested that the Quran says that Muslims should kill infidels wherever they see them — a clear distortion of the real meaning.

ANP had not introduced any amendment that could be declared un-Islamic and the curriculum that it approved was acceptable to scholars of different sects. ANP had removed Surah-e-Anfal from the textbooks of grade 9 and 10 students, but it had sound reasons for doing so. Surah-e-Anfal had originally been inserted out of context in the textbooks by Zia-ul-Haq with a misleading interpretation that suggested that the Quran says that Muslims should kill infidels wherever they see them — a clear distortion of the real meaning. In fact, Sura-e-Anfal does not urge Muslims to kill infidels at random. Rather, it first identifies those infidels who are spreading fitna on earth and then it orders Muslims to wage jihad against them.

“You can imagine what kind of thinking a student of 9th grade, who is not more than 14 or 15 years old, will grow up with if he is taught to kill infidels. He will learn only to hate non-Muslims and to disrespect minority groups,” says Khadim Hussain, an official of the Bachcha Khan Institute in Peshawar.

Along with removing contentious material from the curriculum, the ANP government also inserted profiles of people who had served the community e.g. Bachcha Khan, Wali Khan, etc. in textbooks. Earlier, only profiles of war heroes were taught to students.

“If the old curriculum is restored, students will be brainwashed and taught qital (fighting). It will alienate the students from the true history and culture of the soil. They will simply learn to hate minorities and women,” said Khadim Hussain in an interview with the BBC.

On the other hand, the provincial education minister of KP, Atif Khan of PTI, says the government will not bow its head before foreign NGOs. According to him, the current textbooks mislead the students: “We will reform them so that students can learn that a Muslim should eat with his/her right hand!”
Atif Khan further states that the current curriculum does not inform students that Kashmir is a disputed territory. He asserts that the PTI government will teach them that Kashmir is an integral part of Pakistan. 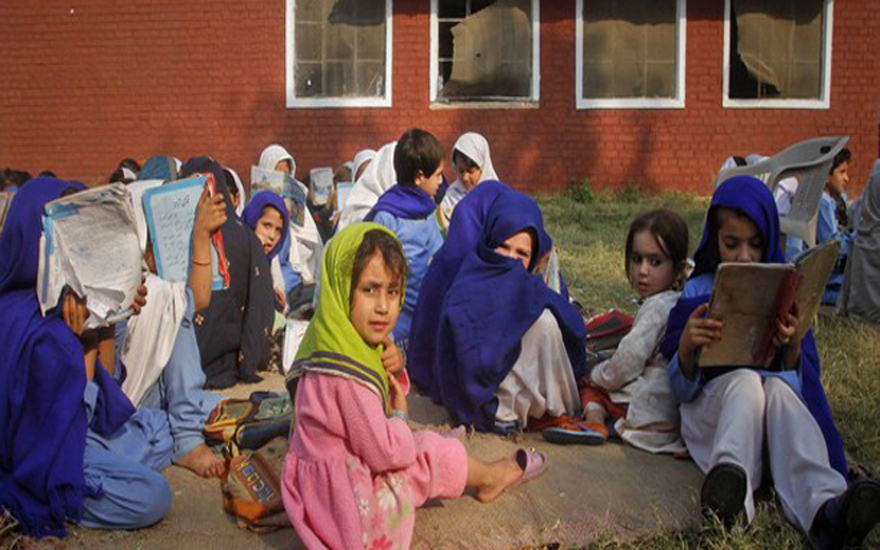 Commenting on this development, social scientist and physicist Dr A. H. Nayyar says: “I think the JI sees a fresh opportunity to influence public education in the province. The last time they had such a chance was during Zia’s rule and the impact was so long-lasting that for decades afterwards, education was defined by their original policies. This time round, they may revive the Zia-era interventions or even go beyond them. They also have two successful models to follow: those of the Dar-e-Arqam schools and the new schools opened up by the International Islamic University. But worse, they may have brand new ideas in mind for the province’s education curriculum. We need to find out what their plans are.”