The high profile Rental Power Projects (RPPs) case took an ugly turn when the body of the National Accountability Bureau’s assistant director Kamran Faisal, who was investigating the 22-billion-rupee RPPs scam, was found hanging from the ceiling fan of his official residence at the Federal Lodges in Islamabad on January 18. Shocked friends, colleagues and relatives maintain that he had been facing tremendous pressure from those with vested interests and it is likely that he had been murdered.

However, the initial autopsy reports suggested that Kamran had committed suicide. Given the grim nature of the case and the fact that he had asked to be removed from the investigation team, foul play was being suspected, leading the Supreme Court to order a thorough probe to ascertain the real facts behind his death, and a day-to-day hearing of the case. The NAB chairman, Admiral (retd.) Faisal Bukhari appeared to be irked by this new order. He wrote a letter to President Asif Ali Zardari complaining that the Supreme Court was unnecessarily pressurising NAB personnel in high-profile matters, especially the RPPs case, and that they were unable to investigate the RPPs case independently.
He alleged that the contempt notice, and the verbal orders that differ from written orders and give insufficient time to prepare numerous progress reports, were placing extreme pressure on NAB personnel.

Chief Justice Iftikhar Chaudhry took strong exception to the letter which he felt was intended to bring the judiciary into disrepute and obstruct the process of the court. Further, the court turned down NAB’s plea to set up a larger bench to hear the matter regarding the implementation of the court’s March 30, 2012 judgement in the RPPs case.

On January 15, three days prior to Faisal’s death, the Supreme Court of Pakistan had ordered the arrest of Prime Minister Raja Pervez Ashraf and 16 others, following the hearings on the notorious rental power projects case. The Chief Justice wanted all the accused arrested, irrespective of their positions; if any of the accused managed to flee the country, the NAB chairman and his team would be held accountable. The prime minister is accused of receiving 400 million rupees in kickbacks and commissions through the RPPs when he was federal minister for water and power.

Nine companies are said to have received more than 22 billion rupees as advance from the government to start the projects. But most of them did not even instal the plants. The few that did put up plants, did so after inordinate delays. The Supreme Court ordered the NAB chairman to file references against the accused, which include the prime minister, Liaquat Jatoi, Naveed Qamar and Waqar Masood. Officials of PEPCO (Pakistan Electric Power Company), GENCOs (Public Sector Power Generation Companies) PPIB (Private Power Infrastructure Board) and NEPRA (National Electric Power Regulatory Authority) also face charges of increasing down payments to different RPPs from 7 to 14 per cent.

PML-Q member Faisal Saleh Hayat and PML-N member Khawaja Asif refer to the RPPs as the “mother of all scams” in the history of Pakistan.

The Supreme Court, on March 30, 2012, had declared all RPPs ‘illegal’ and ordered them to be shut down. The Court said that rules and regulations had been violated resulting in losses in billions to the national exchequer. It also ruled that the RPPs were incapable of meeting the country’s power shortage demands on a short-term basis.
On November 24, 2011, Raja Pervez Ashraf told the court that Pakistan needed an additional 1200 MW every year as power requirements were expected to rise to 1,30,000 MW by the year 2030.

Sindh has the potential of producing 35,000 MW electricity through wind, while solar energy is an ideal, albeit expensive, source of power given Pakistan’s climate. There are huge reserves of coal in Thar that are enough to provide energy at very cheap rates for the next 500 years. Despite this, the PPP government chose the RPPs. 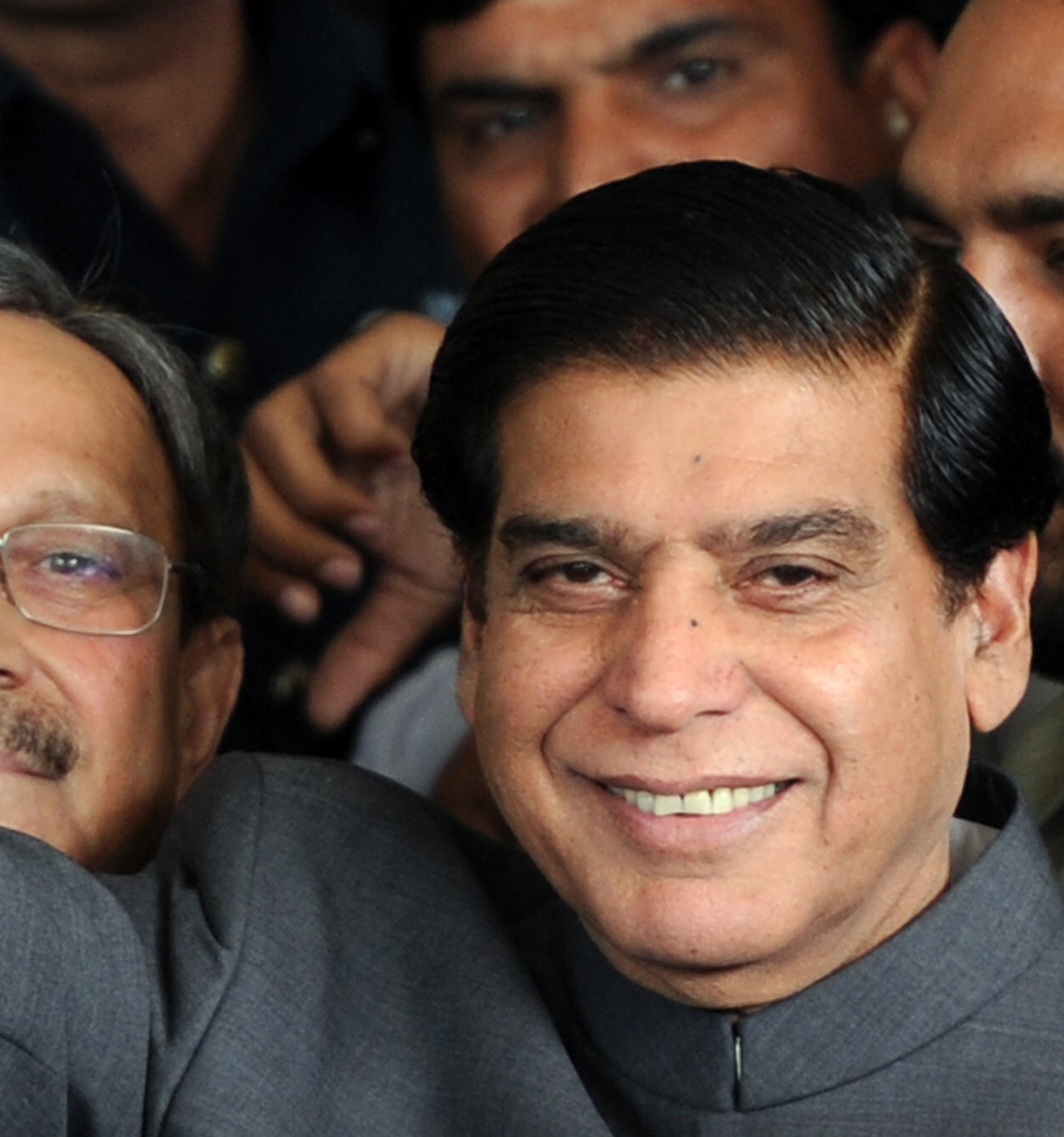 A report from the Auditor-General of Pakistan, released in June 2011, revealed that out of the 19 RPPs, only one became operational as scheduled, adding just 62MW power to the national grid against the planned 2,700 MW for which the government had paid $1.7 billion. The report accused the government of awarding contracts without reviewing the credentials and track records of the companies that submitted the bids. Most of the companies allegedly installed old equipment which was useless. The government was accused of showing unnecessary haste in selecting the RPPs and failing to carry out any technical feasibility studies.

In their petition, Faisal Saleh Hayat and Khawaja Asif maintained that the government went for the RPPs only to secure the huge kickbacks in return. They accused the government of corruption to the tune of Rs 50 billion and also quoted a report from the Asian Development Bank (ADB), which also pointed at corruption in the RPPs. They maintained that the ADB’s report was a charge sheet against Raja Pervez Ashraf and accused the government of falsely presenting the RPPs as a solution to loadshedding, signing contracts, grabbing commissions and leaving the people to pay the price, assuming that the issue would be ignored. Hayat and Asif argued that the government claimed that it did not have the money to purchase furnace oil for the existing plants, but then went on to pay extra for renting plants and supplying them with furnace oil.

Hayat submitted that the government will have to pay $1.4 million against one megawatt power generation by the RPPs, whereas if the same amount was spent on the existing plants in the country, 10,000 megawatts of electricity could have been generated. Hayat claimed that while advance payment to the Reshma Power Plant should have been $25 million, it was paid $55 million. The government spent Rs18 billion to get just 150 MW of electricity through the RPPs. Hayat also alleged that when the RPPs were brought into the country, the actual electricity production was 19,478 megawatts whereas it was shown as being 14,000 MW in the reports. 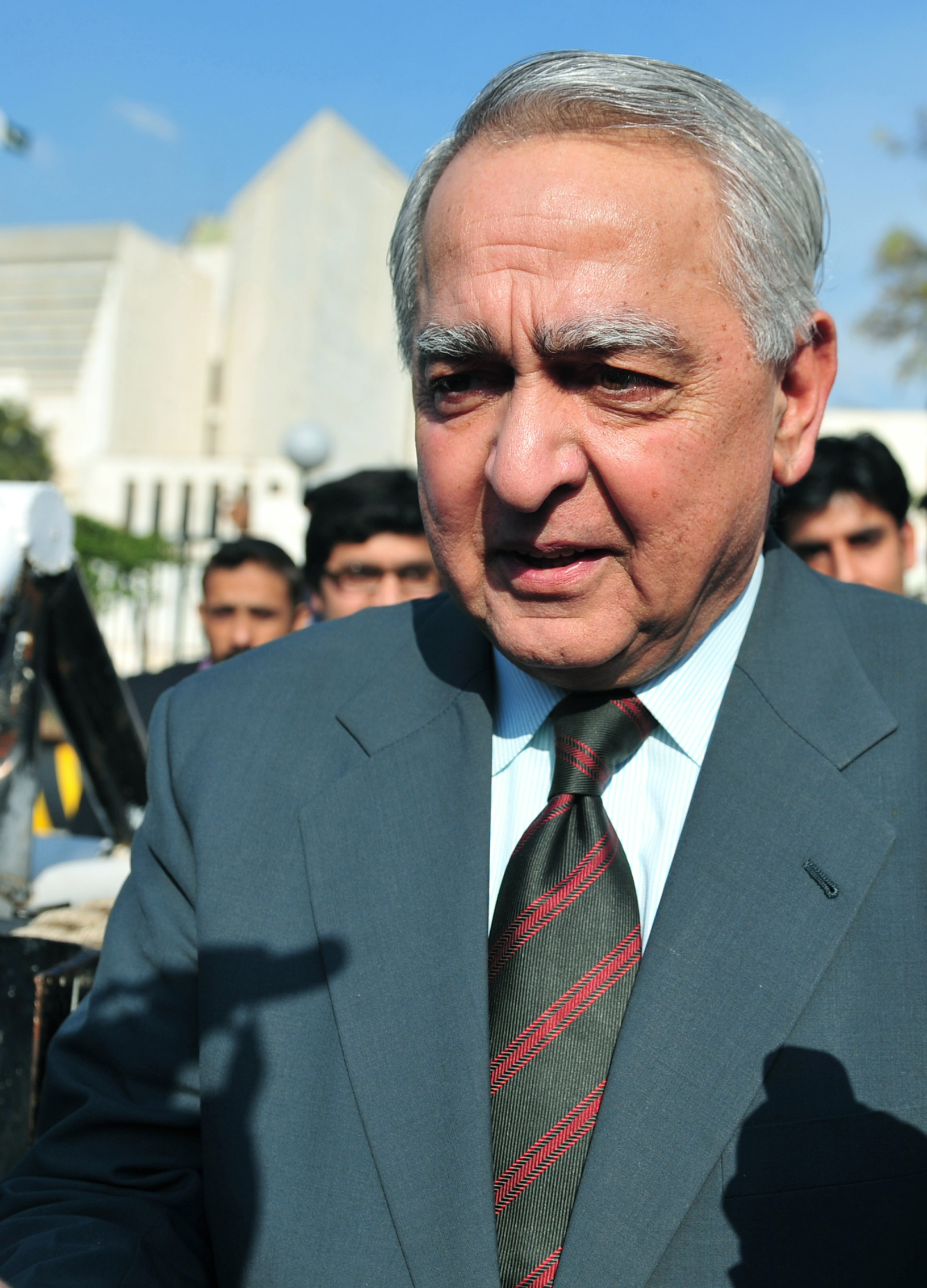 The NAB chairman, Admiral (retd.) Faisal Bukhari wrote a letter to President Asif Ali Zardari complaining that the Supreme Court was unnecessarily pressurising NAB personnel in high-profile matters, especially the RPPs case, and that they were unable to investigate the RPPs case independently.

According to Hayat, this information was available on PEPCO’s website but the records were removed when the issue was raised. Upon hearing this, the Chief Justice summoned the official in charge of PEPCO’s information technology. Justice Chaudhry observed that “it would have been much better if the power plants had been purchased.” The SC observed that the money spent on the RPPs belonged to the underprivileged, who could not even afford two square meals a day. Justice Khilji Arif, in his remarks, termed the RPP affair as “criminal negligence” instead of just negligence. “Before one buys anything, a number of shops are visited, prices and standards are compared, whereas in the Rental Power Projects, nothing like this happened,” observed Justice Iftikhar Chaudhry.

According to a WAPDA report, the eligibility criterion of the bidder — net worth of $30 million — was relaxed at the time of the bid evaluation. As a result, the objective of the tendering was defeated and the contract was awarded to the contractor of choice.

The Asian Development Bank conducted an audit of 19 rental power plants at the request of the government of Pakistan and recommended the installation of just eight, asked the government to reconsider another six and to completely abandon five projects. Even the eight given the go-ahead were selected on the basis of the fact that the projects were at advanced stages of completion. The ADB specifically mentioned that the contracts were in favour of the sellers instead of the buyers.

According to the Supreme Court verdict, GENCOs, PEPCO, WAPDA, NEPRA and the federal government are responsible for the loss of billions of rupees to the national exchequer.

Interior Minister Rehman Malik has put the names of 35 persons allegedly involved in the RPPs case on the Exit Control List. Interestingly, the names of Prime Minister Raja Pervez Ashraf and former federal secretary Salman Sadiq are missing from the list.

The coming days are fraught with tension. Will the NAB chairman be taken to task for his reluctance to proceed against all the guilty in the RPPs scandal and for his letter of complaint against the judiciary to President Zardari? Further, will the Supreme Court succeed in unearthing the mystery behind Faisal’s alleged suicide?