The ruling coalition of Balochistan, led by Nawab Mohammad Aslam Raisani, had managed to survive a number of crises in the past, but it was ultimately removed on January 14, a couple of months ahead of the completion of its five-year tenure. Subsequently, Balochistan was placed under Governor’s Rule, and Governor Nawab Zulfiqar Ali Magsi was entrusted with the task of improving the deteriorating law and order situation in the province.

The federal government took the hard decision of removing its own party-led government in the wake of the three-day long sit-in provoked by an unprecedented incident of target killing in Quetta, in which 104 Hazaras lost their lives. Relatives of the victims blocked Alamdar Road, sitting by their coffins in the dead of winter. They demanded the removal of the provincial government and handing over Quetta to the army to assure protection to the minorities. The governor and federal government representatives made serious efforts to persuade the Shia Hazaras to give up the protest, providing strong assurances for their protection, but in vain. However, public pressure in the wake of sit-ins spreading to other cities forced the federal government to place the province under Governor’s Rule.
The incidents of targeted killings and abduction for ransom, especially of doctors, traders and members of the Hindu community, were at their peak at the time. Police figures show that over 150 Shias were killed in targeted attacks while 350 were injured between November 1, 2012 and January 10, 2013.

After the imposition of Governor’s Rule, an operation was initiated by the police and Frontier Corps Balochistan, which had already been given police powers against outlaws, particularly activists of Baloch separatist groups. A number of groups involved in kidnapping for ransom were unearthed and two Baloch Liberation Army commanders killed, along with six others. Bodies of Baloch missing persons started appearing again in the streets and desolate areas. The operation, along with the killing and dumping of missing persons, evoked a sharp reaction among Baloch nationalists and separatist groups. They warned the government that such acts would ratchet up the conflict instead of bringing about an improvement in the situation. “Such extra-judicial measures under the pretext of a targeted operation will not benefit anyone, and on the contrary will increase the alienation of the Baloch,” said National Party president, Dr Malik Baloch.

Nasrullah Baloch, Chairman of Voice for Baloch Missing Persons, says the incidence of dumping bodies increased after the imposition of Governor’s Rule. He points out that Ramzan and Haroon, two persons who had gone missing from Gwadar, were found dead in Karachi while Allah Rakhya Baloch and Babul Jattak, abducted by the forces from Quetta and Mastung last year, are among the six persons the Frontier Corps claim were killed in an encounter in a BLA camp in Mogichar in January.

The provincial authorities have announced an incentive of 10,000 rupees per month along with government jobs for Baloch militants fighting against the state, if they surrender. The decision was made in the meeting of an apex committee comprising the Governor of Balochistan as Chairman and Chief Secretary, the southern commanders, the Home Secretary, IG Frontier Corps, IG police and heads of intelligence agencies as members. The government incentive met with outright rejection on the part of the Baloch separatist organisations.

“A similar incentive was announced in Dera Bugti for the tribesmen, giving them a chance to participate in development and progress. Around 40 militants have already surrendered there,” said Akbar Hussain Durrani, the secretary of Home and Tribal Affairs.

After Governor’s Rule, some improvement in law and order had been witnessed in the province, as incidents of targeted killing and abduction for ransom, which had become commonplace, have come to a halt. Massive changes have been made in the provincial bureaucracy, earlier appointed on a political basis. Governor Magsi assigned a one-point agenda to Chief Secretary Babar Yaqub Fatah Mohammad and the law enforcing agencies — that of improving law and order and giving the general public a sense of security within a short period of time. 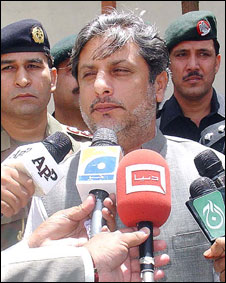 Despite the fact that the provincial assembly has become dysfunctional in the wake of Governor’s Rule, both JUI-F and BNP(A) have tried to hold an assembly session. At first, the provincial authorities did not allow members to enter the assembly premises. However Governor Nawab Magsi later granted them special permission for the session. They failed to rally more than 14 members, even less than the 17 required for assembly quorum.

The imposition of Governor’s Rule was generally welcomed by the public, due to Chief Minister Nawab Aslam Raisani’s neglect of provincial affairs. While crimes such as Hazara killings and kidnapping for ransom had become the order of the day, the oblivious chief minister chose to spend more time in Islamabad than in the provincial capital. Neither the chief minister nor any member of his cabinet even took the trouble to offer condolences to the bereaved families when bomb blasts and targeted shootings took a heavy toll on human life.

The JUI-F-BNP(A) alliance has embarked on a protest campaign against the imposition of Governor’s Rule, demanding the restoration of the Raisani-led government through shutter-down and wheel jam strikes. Despite the fact that the provincial assembly has become dysfunctional in the wake of Governor’s Rule, both parties tried to hold an assembly session. At first, the provincial authorities did not allow members to enter the assembly premises. However, Governor Nawab Magsi later granted them special permission for the session. They failed to rally more than 14 members, even less than the 17 required for assembly quorum.

A high-powered delegation, led by senator and provincial leader Maulana Mohammad Khan Sheerani, chairman Islamic Ideology Council, called upon President Asif Ali Zardari in the last week of January and requested him to restore the provincial government. The President, PPP circles claim, assured the delegation their demand could be accepted, providing it bore the consensus of all parliamentary parties. As rumours emanated from Islamabad that the Raisani government was being restored, opposition parties and the Hazara community declared they would strongly resist any such move. 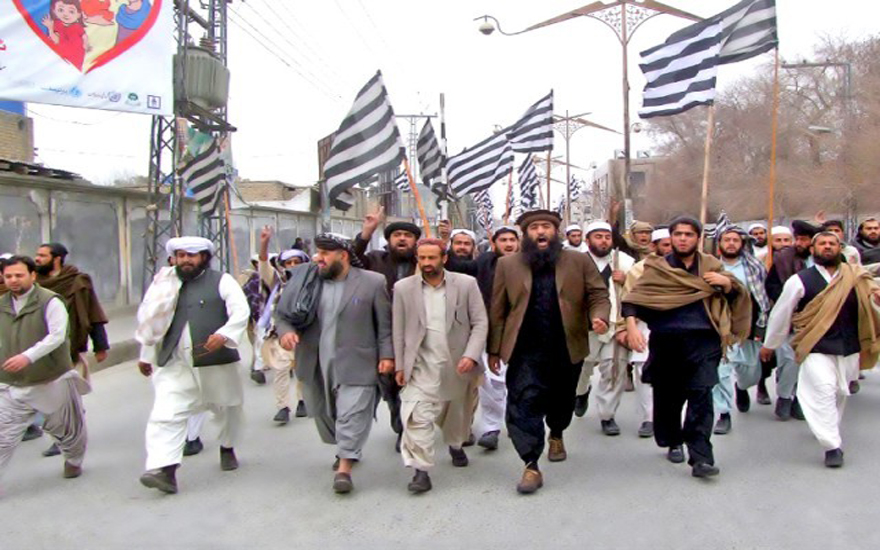 A delegation, led by provincial leader Maulana Mohammad Khan Sheerani, called upon President Zardari and requested him to restore the provincial government. The President, PPP circles claim, assured the delegation their demand could be accepted, providing it bore the consensus of all parliamentary parties. As rumours emanated that the Raisani government was being restored, opposition parties and the Hazara community declared they would strongly resist any such move.

On February 5, Raisani sent copies of his resignation to the leaders of the JUI-F and BNP(A) , who have been urging the federal government to put an end to Governor’s Rule and to reinstate the provincial government under a new chief minister. In light of Raisani’s resignation, JUI-F Secretary General Ghafoor Haideri has claimed that the coalition government could be restored in just a matter of days. Raisani had previously informed the JUI-F that he was willing to step down in favour of his lieutenant, Ali Madad Jattak. However, the JUI is lobbying for another candidate from the PPP ranks, Babu Amin Umrani.

Understandably, all parties are jockeying for a place in the caretaker set-up that will oversee the upcoming elections. Article 224 (1-A) of the Constitution reads, “A caretaker Chief Minister shall be appointed by the Governor with the consultation of the Chief Minister and leader of the opposition of the outgoing provincial assembly.”

The Jamiat, which has 10 members including the Speaker of the assembly, is known to have planned to join the opposition benches as a majority group after the election of the new leader of the house, if the sacked government is restored. The JUI-F has the complete support of seven MPAs of the Balochistan National Party (Awami). It is using Nawab Aslam Raisani as a bargaining chip, claiming that the party has his resignation in hand.

The majority of assembly members do not favour the restoration of the government at this stage. “To restore the sacked government means to restore the loot and plunder era in Balochistan and my party is strongly against this option. We have already asked party leader Chaudhary Shujaat to convey the sentiments of the majority of assembly members to the PPP leadership,” said MPA Sheikh Jaffar Mundokhail said.

PPP insiders maintain that the federal government is in no mood at this stage to restore the sacked Raisani government, unless it could pave the way for a lion’s share in the caretaker set-up, and that is only possible once it completes the process at the centre and in other provinces. “After consultation with its allies, the federal government may restore the government for a formal announcement about the caretaker set-up just a few days before the date of dissolution of all assemblies i.e. March 14,” said a former PPP minister and party MPA in the Balochistan assembly.

PPP member Mir Abdur Rahman-Jamali, younger brother of former Prime Minister Mir Zaffarullah Jamali, is tipped as the most appropriate candidate upon whom the party’s central leadership is making efforts to muster consensus, within the party as well as among allies.