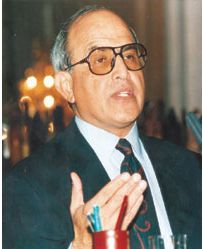 Some regional variations were evident in the elections in the Punjab. The Majlis-e-Amal did not manage to win a single seat in the northern districts of the Rawalpindi and Sargodha regions, or the southern districts of Multan, Dera Ghazi Khan and Bahawalpur. The PML-N did not win a seat from the southern districts and won only one seat from north Punjab. And the PPPP won most of its National Assembly seats from central Punjab (Lahore, Faisalabad and Gujranwala regions) which hitherto used to be considered Nawaz Sharif’s power base.

Being the country’s largest province and the Sharif’s power base, Punjab was the main target of pre-poll interventions by the military regime. The creation of the PML(QA), made a big dent in the Sharifs’ political stronghold because a large number of local notables switched to the government-supported Q faction of the Muslim League. In the 2001 local government elections, no PML-N candidate won a nazim’s seat in the province.

In the run-up to the elections, the PPPP was expected to benefit from the split in the Muslim League’s vote bank which was divided between the PML-Q and the PML-N. Realising this, the establishment manipulated massive defections from the PPP to the PML-Q. More than 50 former PPP legislators and local leaders joined the king’s party. 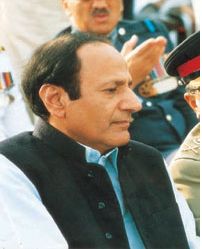 The strategy worked, and the PML(QA) won the majority of the seats in the Punjab. However, it was not expected to fare well in the big cities such as Lahore, Rawalpindi and Multan where political parties rather than local notables wield influence, and this assessment was not far off the mark. The joint candidates of the PML-N and the MMMAP won the majority of the National Assembly seats from the Punjab. Even the PML(QA) president, Mian Azhar, could not surmound the odds and lost the election from two National Assembly seats — one in Lahore and the other in the vicinity of Lahore in Sharqpur, district Sheikhupura.

After the 1988 elections, this was the Peoples Party’s largest victory in terms of seats in the Punjab, albeit under the name of PPP Parliamentarians. In the 1993 elections, the PPP had won 32 seats in the province and only one seat from urban Punjab. This time, the party has won 34 national seats in the province. However, the party could muster only one seat from Lahore city (Aitzaz Ahsan), and that too, with the support of the PML-N. However, the PPP has been able to regain lost ground in central Punjab by winning a large number of seats from there, benefiting in large part from Nawaz Sharif’s absence.

The religious front, the MMAP, failed to get any support in the Punjab, except in Lahore where its candidates won two seats, and where Jamaat member Hafiz Salman Butt stood as an independent candidate because the MMA candidate refused to pull out of the race. Butt won by making an electoral adjustment with the PML-N. Nawaz Sharif’s generous financial assistance to the PML-N and MMAP candidates ensured that the two parties won the majority of seats in the city and humiliated the Sharif family’s main rival, Mian Azhar. However, the turnout on election day was no more than 30 per cent, and it was essentially those candidates who spent money to transport their supporters to the polling stations that won.

The wave of support for the MMAP in the NWFP did not flow into the Punjab. If the voters in the NWFP voted against the pro-US policies of the military regime, the Punjab voted in favour of this policy. The MMAP could win only three National Assembly Seats in the province, and that too with the support of the PML-N.

In the most part, the Punjab has retained its traditional election voting pattern. This time too the two party system was very much in evidence, with 109 out of the 157 seats going to either of the two factions of the Muslim League or the PPPP. While a large number of independents (14) won from the Punjab, most of them were supported by the PML-Q, and joined it after the elections. Only one independent member from Chakwal, Faiz Tamman, joined the PPPP. The Punjab did not vote for any third option such as the MMAP. The Millat Party (from the platform of the National Alliance) won seven seats, again thanks to support lent by the PML-Q. Punjab’s traditional urban-rural divide was also visible in these elections, with the PPPP being unable to win more than one seat from urban Punjab.