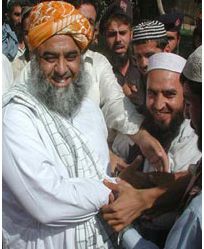 The MMA emerged as the second largest parliamentary group in Balochistan, clinching 13 provincial seats out of 51. The King’s Party, the PML(Q), bagged 10 seats and brought five independent candidates into its fold raising its strength to 15.

However, contrary to public expectations, the MMA bagged 6 National Assembly seats instead of 5 and re-polling is yet to be conducted on two NA and three PA seats where MMA candidates are in tough competition with the Pashtoonkhwa Milli Awami Party and PML(N).

Though the general perception is that the government has played a major role in the MMA’s victorious showing, the most crucial factor was the strong anti-US feeling that has swept Balochistan. In the past elections, apart from the Jamiat Ulema-e-Islam(Fazal), no religious party has won a single seat either in the national or provincial assemblies.

MMA candidates were mainly pitted against the nationalist parties and based their campaign on exploiting the US bombing in Afghanistan, the American presence in Pakistan, as well as the worldwide plight of the Muslims because of US policies.

“How can people who have seen the dead bodies of US bombing victims vote for those political parties favouring US policies directly or indirectly,” says Mohammad Saleem, a resident of Orak on the outskirts of Quetta.

The winning MMA candidates are mainly from the Pashtoon belt where the JUI(F) established their presence during last two decades by setting up a number of madaris. Another major factor in favour of the MMA was the general disillusionment with the nationalist parties who have consistently failed to deliver the goods, coupled with their blatant corruption. “My friends and I are neither particularly religious, nor do we expect an Islamic revolution or radical changes in the country from the MMA. But if any MMA candidate that we voted for publicly condemns US cruelty, our votes will be justified,” said a 40-year-old government employee, Dil Murad.

JUI(F), the main component of the MMA, has been winning between 4 to 10 out of 43 provincial seats and 2 to 3 out of 11 National Assembly seats from Balochistan. The carving out of additional NA and PA seats has also bolstered the MMA’s parliamentary strength.

The provincial capital, Quetta, has a mixed population of multi-ethnic, mainly Punjabi and Urdu-speaking groups, making it difficult for nationalist political parties to muster support. A sizeable number of voters from the Punjabi and Urdu speaking community voted for the MMA despite the fact that the PPPP’s nominee, Saifullah Paracha, belonged to their community. The MMA nominee also received over 2500 votes from the Persian-speaking Shia community which will hopefully make for improved religious harmony. Yet another MMA another nominee, Hafiz Hussain Ahmad, knocked out the PPPP’s former federal minister, Sardar Fatah Mohammad Hasani, as well as Mir Baloch Khan Mengal of the PML(Q), to clinch a National Assembly seat. The MMA also swept up three out of six provincial assembly seats from Quetta.

The MMA’s victory, however, has been generally confined to areas bordering Afghanistan and the religious belt, though for the first time it made inroads in the Kharan-Panjgoor districts where a Jamiat stalwart, Maulvi Rahmatullah, was elected to the National Assembly. The religious alliance could not bag any of the four Provincial Assembly seats from this constituency.

Apart from the MMA and the government supported PML(Q), Balochistan’s third major political force, the nationalists, are in disarray. Divided into many factions, they put on a poor show at the hustings, only managing to win three provincial and one National Assembly seat. 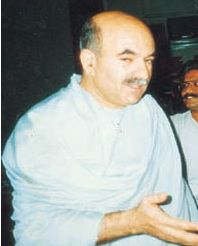 The National Alliance, also considered a government patronised party, comprises two political parties: the Millat Party and the Balochistan National Party (Awami) who bagged five provincial and one National Assembly seat between them.

The Balochistan National Movement (BNM) lost one of its four PA seats when Syed Ehsan Shah of the National Alliance was declared successful after a recount. In the first counting, BNM’s nominee Dr. Yaseen Baloch, was declared the winner by 467 votes however, after four days, Ehsan was declared successful in the re-counting with a lead of 263 votes, after 730 votes for Yaseen were declared invalid. The methodology used to ensure the success of the National Alliance candidate gave rise to much speculation about the fairness of the electoral exercise. Normally recounting might expose 50 or even a 100 bogus or invalid votes but not over 700 and that too from the ballot boxes of just one candidate. The Jamhoori Watan Party bagged 3 national and 1 provincial assembly seat, the BNM led by Abdul Hayee Baloch managed to win 3 PA seats, BNP(Mengal) clinched 1 NA and 2 PA seats, the PMAP won 2 PA seats, while the Balochistan National Democratic Party (BNDP), only managed to win 1 PA seat.

Due to the divisions in their ranks, the nationalist parties could not enter into seat adjustments though the BNDP and BNM agreed to support each others candidates in three districts, while BNP (Mengal) was left with no option, except to join hands with MMA in one district. The understanding between BNM and BNDP failed to yield any results while the BNP(Mengal) and MMA alliance helped them bag one NA and one PA seat respectively by defeating the joint nominees of BNDP-BNM in Khuzdar.

The PPPP meanwhile only won two PA seats and the PML(N) none. Both parties have levelled serious rigging charges in favour of the king’s parties. The nationalist parties observed a one-day strike throughout the province to protest against election-rigging, but to no avail.