A profile of separatist groups operating in Balochistan.

The Baloch Liberation Army (BLA) is currently headquartered in Afghanistan with proper training centres, and their recruits come and go through Chaman, Sarata and Panchpai. After the death of Balach Marri, his father, Nawab Khair Bakhsh Marri, is believed to be its patron-in-chief. In Balochistan, it has training centres in Khuzdar, Quetta, Sibi, Ziarat and Mand. It wants Pakistan to break up. The BLA has the capability to effectively operate in Quetta, Mastung, Kalat, Makran and in Hub. Its hit-men are infamous.

The Baloch Republican Army (BRA) was created in 2007, after Nawab Akbar Bugti’s grandson Brahmdagh Bugti shifted to Kabul. Brahmdagh runs this organisation in a hands-on fashion and through middlemen. Initially, BRA activities were limited to Dera Bugti. But after Brahmdagh’s entrance in politics and the formation of the BRA, the organisation expanded its activities to Quetta, Mastung, Kalat, Noshki and Chagi. Some reports suggest that other than the Bugtis, members from other tribes are also supporting him.

The Baloch Liberation Front (BLF) is known mostly because of its members who are educated young men and are ideologically driven. The Baloch Student Organisation’s (BSO) former chairman Allah Nazar Baloch is the guiding force of this organisation. Allah Nazar was arrested in 2004 for fomenting separatist sentiments. After nine months of imprisonment, he was freed in Dera Ghazi Khan. He was caught again and convicted for minor offences. He was freed later. He then took shelter in the mountains of Awaran. This organisation operates in Awaran, Makran and of late Quetta has become the centre of its activities, where BSO Azad is very active. 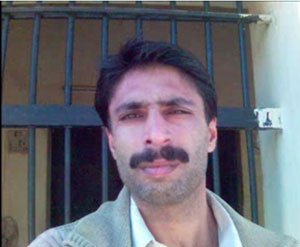 The Baloch United Liberation Front (BULF) first emerged in February 2009 with the kidnapping of John Solecki, the UN head in Balochistan. In return for his freedom, they asked for the release of 1,100 missing persons. John Solecki was later freed through middlemen and after a lot of money changed hands. BULF targets are the security forces in Quetta and settlers. This organisation also accepted the responsibility for killing Balochistan’s education minister Shafiq Ahmad. Intelligence and security agencies allege that it is directly run by Nawab Khair Baksh Marri.

Lashkre Balochistan was formed at the end of 2009, with Khuzdar as its centre. Apart from Khuzdar, it also operates in Kalat and Mastung. It has accepted responsibility for some sabotage activities in Quetta. According to security forces, former senator Javed Mengal, son of Ataullah Mengal, is its informal patron-in-chief. The purpose of this organisation is to counter the growing ambitions of the BLA and BLF, and to maintain the status of Mengal sardars in the area.