Back in the early ‘90s, when the Pakistan Muslim League Nawaz (PML-N) government launched its privatisation scheme in its first term, it was led by the argument that the transfer of public sector enterprises (PSEs) would rid the government of subsidies that it was obliged to pay for inefficient and corrupt government corporations. The  PML-N government had marked 115 units for privatisation, of which 67 were privatised by 1997, after which a new bundle of 152 PSEs were approved. In 2006, an additional 27 were added to the list during General (retd.) Pervez Musharraf’s reign.

To date, 165 privatisation transactions have been completed, while the government is still paying hundreds of billions in subsidies to the energy sector and demands to increase privatisation by economic experts and international financial institutions persist. 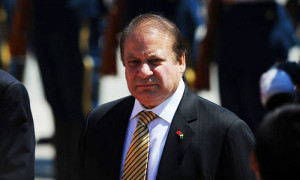 It would be appropriate to study the implication of not accepting technical assistance from the World Bank. When a government accepts a loan from an international bank, it has to award all the contracts under International Competitive Bidding. However, in the event of self-financing, the government can power through and award contracts to preferred parties of its own.

In the case of Independent Resources Group, which was awarded the contract for preparing the privatisation plan of WAPDA and Oil Gas Development Company, it was affiliated with a big industrial group in Pakistan based in Khyber Pakhtunkhwa having a major interest in oil and gas.

It is the privatisation of the Nawaz Sharif government that the people of Pakistan, the consumer societies and regulators have to be wary of since he believes in an unbridled private sector that was in practice in Europe during the 19th century.

Currently, 32 units have been selected to go under the hammer, which include, the Convention Centre in Islamabad, two hotels owned by the PIA Investment Ltd namely Roosevelt Hotel in New York and Hotel Scribe in Paris, and the Government Holding Private Limited (GHPL), which owns interests in dozens of oil and gas producing blocks in Pakistan.

Over the last 25 to 30 years, successive governments have innovated processes of privatisation. Pakistan would be the first country in the third world to be controlled by big business, a senior government official familiar with the process observed.

When Nawaz Sharif started privatisation in Punjab, and sold off sugar mills owned by the Punjab Industrial Development Board, they were sold along with liabilities with the result that Pasrur Sugar Mill was sold for one rupee because the new owner had also assumed its liabilities.

However, the new owners refused to pay the liabilities on one pretext or another. Thus, in the ’80s and ’90s, liabilities remained with the government while the assets were transferred. In many instances, in this mode of privatisation, several successful bidders went to court saying that the assets had not been transferred to the new owner. A prominent example of this is the privatisation of PTCL. The real estate on which PTCL offices sit all over Pakistan were not transferred to the new owner. As a result, Etisalat, which bought PTCL, refused to pay US$ 1 billion solely based on these grounds. 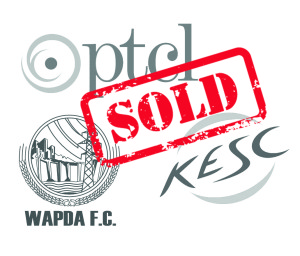 Several cases of corruption have gone unnoticed, for example the divestiture of 10 to 40 per cent working interest in nine oil and gas fields owned by the GHPL undertaken by the Musharraf government in 2000. Working interest refers to a form of investment in oil and gas drilling operations in which the investor is directly liable for a portion of the ongoing costs associated with exploration, drilling and production. In a similar fashion, working interest owners also fully participate in the profits of any successful wells.

GHPL was set up in 1995 to take over the government’s working interest in different blocks awarded for the exploration and development of oil and gas in Pakistan. When a foreign or domestic company sought a license for exploration in Pakistan, it signed a concession agreement that envisaged a working interest by the government of Pakistan in the development of the block. However, under reforms introduced in the energy sector in the ’90s, this requirement was removed.

In October 2000, the Musharraf government decided to divest the government’s working interest in nine oil and gas fields for which a consortium of Gaffney, Cline and Jardine was appointed financial advisor. Their job was to ascertain the value of the nine fields and  bring the transaction into the market.

The chairman of GHPL protested over the valuation of Badin-1 based on the appraisal by the consultant. He was swiftly shown the door and the block was sold to a joint consortium of British Petroleum and Orient Pakistan of the Hashoo Group for Rs 6.4 billion.

Badin-2 was also sold to the joint venture of British Petroleum and Orient Pakistan for Rs 503 million. The deal was financed in a circuitous manner by OPIC of the United States which gave US$130 million to Remington Capital Holdings to finance the acquisition of nine oil and gas concessions being privatised by the government of Pakistan. The successful bidder for the concessions offered was British Petroleum and Orient Pakistan. 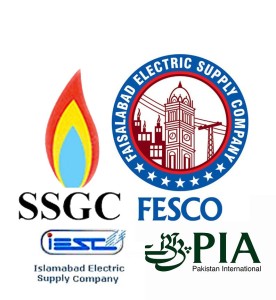 The PML-N government has also ear-marked GHPL for the divestiture of its assets, block by block and well by well. GHPL currently has a working interest in 90 joint ventures, including 59 developed and productive leases.

It is intriguing that the privatisation commission list does not make any mention of a bid by the PML-N government in July 1992 for the sale of 49 per cent shares of SNGPL to foreign and local investors. The offer aimed to sell 29 per cent of the shares to the general public and 20 per cent to a foreign gas company. British Gas, NOVA Corp and a French gas company showed interest but the negotiations failed. The sale to the general public was also under-subscribed and the underwriter, Muslim Commercial Bank, decided to pick up all the shares, making it a major shareholder in the SNGPL.

Maple Leaf Cement was privatised to Nishat Mills, Pak Cement and White Cement went to Mian Jehangir Elahi, D.G. Khan Cement to Tariq Sayeed Saigol and Dandot Cement to the Employees Managment Group. But, they have ended up in two groups; Tariq Sayeed Saigol and Mian Mohammad Mansha. China Fertiliser was sold to the Schon Group,  which has gone into exile because of alleged irregularities relating to the privatisation.

A large number of privatisation transactions relate to small divestments of government shares in PIA, SNGPL and SSGC and it is not possible to ascertain who owns the largest chunk of shares in these companies. However, as additional chunks are downloaded on the stock exchange, the prospect of a takeover by an individual or group of individuals cornering the largest chunk becomes a possibility. This prospect is likely to grow, as the incumbent PML-N government opts to privatise through divestment, as observed by many experts.

Shahid-ur-Rehman has been covering economics and finance as a journalist for three decades.