This year the subcontinent’s summer does not look to be one of diplomatic discontent. A string of confidence-building measures by Delhi and Islamabad has radically changed the diplomatic environment in South Asia, where strategic pundits only a month ago were hinting at the horror of another war between India and Pakistan. The beginning of this new season of hope started after the Indian Prime Minister, Atal Bihari Vajpayee, during his visit to occupied Kashmir, spoke of extending a hand of friendship to Pakistan. Then speaking before the Indian parliament he reiterated his commitment to solving all outstanding issues, including Kashmir, on the basis of “humanity, democracy, and Kashmiriyat.”

Pakistan’s Prime Minister, Mir Zafrullah Khan Jamali, went a step further. He welcomed the peace overture from India that very day and, even better, followed it up with a telephone call to Mr Vajpayee. Speaking from written notes, and in the presence of others, including the foreign secretary Riaz Khokhar, who was feverishly taking notes, Prime Minister Jamali welcomed the Indian prime minister’s statement and suggested that there should be substantive and comprehensive dialogue to resolve all issues. He also invited Mr Vajpayee to visit Pakistan.

Highly-placed sources confirm that the idea of the phone call came from the president, who first directed the Pakistan Foreign Office to investigate into Vajpayee’s likely response. Once satisfied that it would not be cold shouldered, he gave the go-ahead.

The days that followed were marked with confusion. While the Indian response to the Jamali offer reiterated the familiar refrain of the need to end cross-border terrorism, the cables from Pakistan’s High Commission were encouraging.

“We never expected the Indians to jump at the Jamali offer, so their statements did not surprise us. The good thing, however, about their response was its tone and the language used. All this suggested a change in the offing,” said a foreign office spokesman.

But the scale of change took the Pakistani establishment by surprise. The Indian prime minister’s announcement before the parliament which stated the need to restore normal diplomatic ties with Pakistan by appointing a High Commissioner and resuming suspended air traffic was swift. 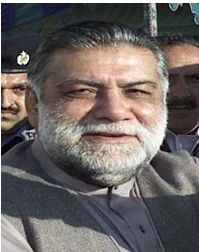 The meeting was called to decide a whole range of initiatives which Pakistan could come up with to match India’s offer, including the name of the new High Commissioner.

“The agenda of the meeting was to see how we can better the Indian move and also debate how realistic this new opportunity was,” said a senior foreign office official, who had access to the minutes of the meeting.

But understanding the full range of the motives behind Delhi’s change of heart and diplomatic tone is still a bit of a mystery for Pakistani officials. Assessments and explanations cover a broad spectrum. One is that Delhi has been influenced by the futility of its coercive diplomacy, stating that as the US went to war against Iraq, India too, should opt for a pre-emptive hit against Pakistan. “Washington’s terse response that there was no parallel between the two cases, gave the hawks in India a reality check,” said a senior military official close to General Pervez Musharraf.

Another explanation being peddled in the foreign office is that Mr Vajpayee wants to make his final move before the compulsions of the upcoming elections narrow his room to manoeuvre. “Regardless of his contradictory statements, Mr Vajpayee is a man committed to peace. He is alive to the situation in Kashmir and knows that it is not viable”, says Niaz A. Naik, Pakistani former foreign secretary, who met Mr. Vajpayee as a central figure of backdoor diplomacy in the late nineties.

But over and above these theories hangs the fact that Washington is nudging both India and Pakistan away from their stated positions on Kashmir. The swift peace moves and the confidence-building measures have all come before the arrival of Richard Armitage, the US deputy secretary of state, along with Christina Rocca, assistant secretary of state for South Asia.

Western diplomats are quite candid in saying that while the US will not unfurl a roadmap for Kashmir in deference to Pakistani and Indian sensibilities, Washington’s fingerprints are all over the new winds of change blowing across the region. 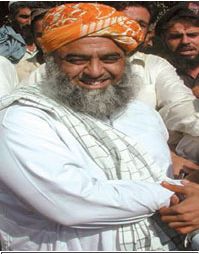 Some of the elements of this roadmap-by-a-different-name are already visible. Diplomatic sources indicate an ideal scenario they would like to see unfold over the coming months:

*Pakistan will end all support to the Kashmiri militants and bring infiltration down to point zero.

*Pakistan will dismantle all the training camps and cut off all weapon supplies to the militant groups operating in the name of Kashmir.

*India will cease its manhunt that has led to the deaths of civilians in the past and gradually scale down its search and eliminate operations.

*India will end its war of threats and cease talk of a preemptive strike and hot pursuit.

*All normal diplomatic relations will be established and special attention will be paid to the person-to-person dialogue, especially dialogue involving politicians and media-men, and members of the sports community.

Whether such a radical change can be brought about through concerted diplomatic efforts remains to be seen, given the compulsions of domestic politics on either side. Pakistani officials decline to comment on these suggestions and say that peace is a regional need and not an international compulsion — a claim that will be tested closely on the plane of US diplomacy in the region in the coming months.