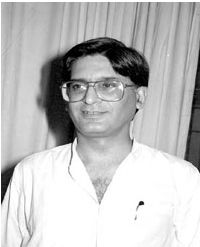 Q: What are your views on the controversy behind the Legal Framework Order?

A: The controversy is actually very simple and also quite self-evident, actually, if you look at it. General Musharraf claims that the Legal Framework Order is a part of the constitution.

Let us look at the facts. The first fact is that on October 12, 1999, General Musharraf and his military colleagues violated the constitution of Pakistan by displacing and uprooting the elected, constitutional government of Mian Nawaz Sharif.

Fact two is that the Supreme Court in the case of Zafar Ali Shah validated Musharraf’s takeover of October 1999, subject to certain precise qualifications and conditions.

Fact three is that these qualifications and conditions included, number one, that the total tenure and effectiveness of the Musharraf regime would not go beyond three years. Secondly, that he would in this period be allowed to run and administer the country as closely as possible in accordance with the 1973 Constitution. Thirdly, during this process, because there would be no parliament, Musharraf would have inevitably a restricted and limited power to amend the constitution so as to provide for a return to democracy within those three years. And, this limited, restricted power to amend the constitution would not enable him to change the federal structure of the country or undermine the supremacy of parliament or the independence of the judiciary.

Fact number four is that the LFO purports to suppress and reduce the supremacy of the parliament by providing for an over-powerful president, an extra-constitutional National Security Council and the discretionary power of the president to dissolve the parliament. It also provides for a transgression onto the federal structure by enabling the president to appoint governors at his discretion. It suppresses the independence of the judiciary by providing that this judiciary shall continue to work under an oath that was taken under the military dispensation in the year 2000.

And, above all, it provides in one single measure, the suppression of parliament, degradation of the federation, the subjugation of the judiciary by assuming that the offices of Chief of Army Staff and President can be combined in one man.

Fact six is that the constitution itself provides a means and a method for its own amendment in articles 238 and 239, which require a two-thirds majority in each house of parliament, to enable the parliament to amend the constitution. Therefore, we are very clear in our mind. Whatever General Musharraf or his King’s Party supporters may say, the LFO is not and cannot be a part of the constitution.

Q: Either side lacks the required two-thirds majority and now there is a deadlock. Is it intense, in your view?

A: Given the present situation, the deadlock is intense. Neither side has a two-thirds majority. The government would like to hide its skeletons under the cover of the blatantly unconstitutional logic that the will of one man is capable of amending the constitution of Pakistan. The opposition’s insistence is that this is obviously contrary to the law, the constitution and the judgment of the Supreme Court from which General Musharraf derived limited and transient legitimacy. But, of course, when these opposite positions are taken, and the government obstinately sticks to its illegal position, then there is a serious deadlock. There is no denying the fact.

Q: Is there a way out of the impasse?

A: There had been no negotiations whatsoever on the LFO between the opposition and the government in the last seven months. The government did not engage the opposition in this. But obviously if both sides stick to their positions, then there can be no resolution. It will have to be accepted that the LFO is not sacrosanct and is not a verse from the Holy Quran. Secondly, the government will have to accept that the LFO in several particulars requires amendments and must be amended. Once this principle, this premise is accepted, then both sides can cooperate in putting together a two-thirds majority.

Now, I think where the government can hope for some positive outcome is that within the opposition there are two opinions. There is no disagreement on the question that Pervez Musharraf must shed his uniform. But within the opposition, the MMA seems prepared to acknowledge him and vote for him as President if he gives a short date for relinquishing the office of Chief of Army Staff. The People’s Party and Muslim League (Nawaz) give no such guarantee. But if the president were to seek the comfort of legitimising his tenure as president and if he were to be courageous enough to shed his uniform, thereby gaining a legitimate tenure as president, he may find that with the help of the MMA, he can get a two-thirds majority.

That magic number would help him retain his office of president through a legitimate process and should give him the confidence to relinquish the military office. Otherwise, there is not likely to be any solution. He has to bargain for legitimacy over presumed effectiveness and were he to do so, I think he would be more secure in his position. Were he not to do so, the situation is moving towards a total and irreconcilable deadlock and perhaps the fall of the government, the parliament and the president.

Q: What possible concessions is your party willing to give?

A: The Pakistan People’s Party is very clear. Whatever concessions Pervez Musharraf wants, he must obtain them from the sovereign, constituent will of the parliament, which is a two-thirds majority of the National Assembly and the Senate. The Pakistan Peoples Party believes in deciding all such matters with a consensus and with the confidence of the allies. It is not proposing to act alone and we, as a party, believe that Pervez Musharraf has to come out with his cards open on the table and seek an arrangement with all the sections and political opinion represented in parliament and then evolve a means and method that would legitimise him and bring into effect a constitutional government in the country.

A: Oh yes, I think the deadlock is serious enough for the president to react unconstitutionally. He is a military person with a military mind. He is advised by civil and military advisors who are short of patience with the representative institutions and democracy. So, I think a very irrational decision can be expected from General Musharraf.

The only thing I would, sort of, caution him about is that he will be cutting the tree under whose shade he is today and that is the tree of parliamentary constitutionalism. His military constituency will not support him were he to cut down the tree of parliament by a premature dissolution. And, going by the precedent of Pakistan’s history, his own military colleagues are more likely than not, as happened with Ayub Khan and Yahya Khan, to require him to step aside if he runs into such a conflict with parliament that he has to dissolve it altogether.