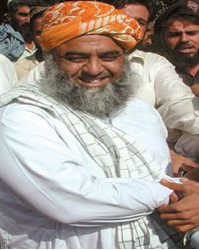 Q: How do you view the current deadlock between the government and the opposition over the LFO?

A: The deadlock is not on the articles or contents of the LFO. It is because the government wants to make the LFO a part of the constitution, by bypassing the parliament. This is unacceptable.

As a result of our continuous protests, the Prime Minister has invited the opposition for negotiations today and we have accepted the offer.

Q: But the negotiations have been going on for a long time. Are you hopeful that a fresh round of negotiations will break the deadlock?

A: The matter can only be resolved through negotiations. If they think that they can impose, bulldoze or use the assembly as a rubber stamp, this is something the opposition will not allow.

Q: During General’s Zia’s tenure, the amendments were accepted. Why is the situation so difficult now?

A: In General Zia’s time, the Eighth Amendment was introduced before parliament. The government did it on its own, in the shape of an indemnity bill. Discussions and deliberations were held over the proposed amendments for a long time and they became a part of the constitution only when a parliamentary majority approved it.

Q: Do you think the crisis can lead to the dissolution of parliament?

A: Government circles are spreading such fears so that people become psychologically afraid, alongside putting the opposition under pressure.

What other forum do we have in which to voice our protest apart from parliament? Should we go to the public, to the masses? We have simply used the forum which is meant for protest.

Q: There is a general impression that there are rifts even within the MMA, particularly between JI and JUI-F. Is this true?

A: These are just baseless reports propagated by newspapers.

Q: It is rumoured that you are willing to give concessions to General Musharraf, but that JI wants to remain firm.

A: Whatever stand we take, it will be unanimous and united.