Exactly a year ago, this column featured Rahul Gandhi’s activism in Uttar Pradesh state in the run-up to the elections that were held this year and in which, despite the Congress poster boy’s best efforts, the party licked the dust. Around a year ago senior party leader and Gandhi loyalist, Digvijay Singh, reminded everyone that Rahul is now mature enough to take charge. This, because for the first time, Gandhi decided to check out the rough and tumble of politics in an Indian hotspot — the heartland state of Uttar Pradesh then ruled by the maverick low-caste leader, Mayawati.

Rahul Gandhi grandstanding in Uttar Pradesh last year is, however, now history. The dynastic politics of the Nehru-Gandhi clan failed to work any wonders in Uttar Pradesh. Instead, Akilesh Yadav, the son of Uttar Pradesh strongman Mulayam Singh Yadav and Samajwadi Party leader, stole the thunder and went on to become the state’s chief minister.

A year on since his village-hopping padayatras and smarting from the wounds of this year’s Uttar Pradesh debacle, Rahul Gandhi now says he will assume bigger responsibility in the party. Perhaps in response to criticism from his own party members for not plunging headlong into Congress politics, and embarrassed when Congress leader Salman Khurshid, known for his proximity to the Gandhis, described Gandhi’s role in politics as a ‘cameo appearance’ (though Khurshid subsequently called a press conference and contended his words were misinterpreted), Rahul Gandhi finally announced he was ready to heed the call for greater participation in party and government affairs.

As to what his role will be, remains moot. “The decision has been taken, the timing is up to the leadership,” he said recently. “The decision depends on my two bosses — the Congress president and the Prime Minister.”

Rahul Gandhi also accepted responsibility for the party’s failure in the Uttar Pradesh election. Now he has a second opportunity to prove his mettle. 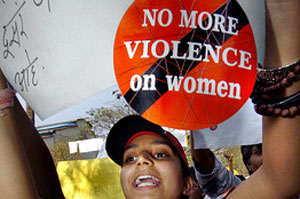 No country for women

Fact is stranger than fiction and art imitates life. Such adages come true in the cases of growing assaults on women in India. The brutality of attacks on women depicted in films and the associated dramatic build-ups, often pale when we stumble upon the real-life horrors that women undergo. In the age of a fodder-hungry electronic media and internet, the situation often gets worse. We call it going viral on YouTube.

The recent mob molestation of a teenager in India’s northeastern city of Guwahati in Assam shocked not just for the gravity of the crime, but also for what followed. On the night of July 9, a young girl who went to a pub to celebrate the birthday of a friend, took issue with some men who had been making advances on her. Her protest led to the girl being attacked by a swelling mob comprising 20 to 50 men. While the men took turns to tease, poke, grope and paw her for nearly half an hour, a local television journalist who was present at the site kept filming her ordeal.

And soon thereafter, the film found its way on to YouTube.

Meanwhile, the news channel, which aired the journalist’s film, ended up in hot water. The editor-in-chief of the channel resigned and the journalist, who had filmed the attack, Gaurav Jyoti Neog, was put behind bars after a social activist demanded that his role in the grisly affair be examined. It was alleged that the journalist himself was a party to the molestation because he was guilty of instigating the crowd and asked the mob to bring the girl to a lighted area so that he could capture the incident more clearly in film. While the case is ongoing, police officials contend that there is enough evidence to indicate that the reporter was part of the mob molestation of the victim.

However, the girl’s ordeal did not end with the assault. The National Commission for Women (NCW), which sent its members from New Delhi to Guwahati to assure justice for her, ended up revealing her identity at a press conference. The NCW member who named the victim and gave her whereabouts to the reporters was fired, but it is indeed shocking that an agency tasked to come to the assistance of victims of violence only made her even more vulnerable to a voyeuristic media and a society still shrouded in obscurantism.

But that was not the end of it either. While issuing a statement about the incident to the media about the chief minister’s meeting with the victim, his office also sent out the girl’s pictures and other details. They soon realised the mistake and asked the media to discard the material, but by that time the damage was done.

Molestations, rapes, gang-rapes, child rape and murders following sexual assaults are regular affairs in the subcontinent. Perhaps no amount of vigil on the streets can end that. But the ham-handed response of the authorities that follows virtually every incident in India is a disgrace to the nation that prides itself on its democratic institutions and claims women’s empowerment. 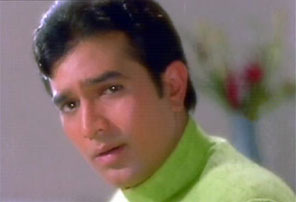 Farewell to a Superstar

In recent times Indian cinema, or Bollywood, has lost some of its icons like Dev Anand and Shammi Kapoor. But unlike them, India’s first superstar, Rajesh Khanna died a bit too early at age 69. Rajesh Khanna was a Bollywood legend in the ’70s, touching the dizzying heights of success with a hysterical fan following — a majority of them women — and his every move providing salacious stories for the Bollywood grapevine. Then, suddenly, his stardom plummeted, and an angry young man called Amitabh Bachchan displaced him.

In his last onscreen presence promoting a fan company this year, Khanna was a pale reflection of his past. Khanna, who married the Bobby girl Dimple Kapadia in 1973 after dumping his long time girlfriend, Anju Mahendru, leaves behind two daughters — Twinkle Khanna and Rinke Khanna, both of whom dabbled in films for a while, but then decided to settle for matrimony, with Twinkle married to the famous Bollywood hunk, Akshay Kumar.

He may be gone, but Rajesh Khanna will always be remembered as the first superstar of Bollywood, whose hairstyle became a rage among the youth of the early ’70s and whose on-screen pairing with Sharmila Tagore and Mumtaz produced a clutch of hit movies with immortal songs composed by S D Burman and later his son, R D Burman, sung by Kishore Kumar.

While Sharmila Tagore and Rajesh Khanna with their 1969 superhit Aradhana forged one of the most successful Bollywood pairs, bolstered by the directorial skills of Shakti Samanta, Khanna also had a very successful pairing with other stars like Asha Parekh, Mumtaz and later, moderately successful screen chemistry with Zeenat Aman, Hema Malini, Rekha and Shabana Azmi.

Rajesh Khanna will always be remembered as the original superstar of Bollywood. As co-actor Shabana Azmi put it: “He was a superstar like no other.”