Soon after this article was published in the print issue of Newsline, Lamha won two awards at the New York City International Film Festival. Aamina Sheikh won in the Best Actress in a Lead Role category and the film also won the People’s Choice Award for Best Film.

Over the summer, a handful of independent filmmakers based in Pakistan started making headlines seemingly out of the blue. Meher Jaffri, Summer Nicks and Mansoor Mujahid of Bodhicitta Works, in collaboration with Ice Animations, made a film called Lamha(Seedlings), and this small, low-budget film went on to be selected by the very big New York City International Film Festival (NYCIFF).

Almost a year ago, Newsline met with Summer Nicks and Mansoor Mujahid of Bodhicitta Works to talk about their experience making films in Pakistan. At that time, Lamha was unknown to the public and instead people were buzzing about Kolachi — a sci-fi film still in the development stages, for which Bodhicitta Works was trying to raise funds. The producers had created a short proof of concept film to give investors a sense of what they, as filmmakers, were intending to make.  This video was leaked on YouTube and suddenly people in Pakistan were talking about Kolachi as if it were already completed.

A year later, the film is still in its early stages, mainly because it requires a large budget and international investors are involved. But rather than being bogged down by this one film, the company went ahead and madeLamha, slated to premiere at NYCIFF this August and which will later this year be released in Pakistan as well.

Bodhicitta Works is the brainchild of Meher Jaffri and Summer Nicks, an Australian who came to Pakistan in 2005 to facilitate a programme in Kashmir.

“The day after I arrived in Kashmir, the earthquake occurred and I found myself stuck in a toilet,” shared Nicks when I met him last year. “I stayed in Kashmir and did some relief work, before eventually moving to Lahore where I even opened my own restaurant. Then I decided to move to Karachi for the sole purpose of making the movie I had in mind.”

Nicks, who wrote the script for Lamha, met Meher at a friend’s apartment around three years ago, which has since then become the production company’s office, and they got talking only to discover their shared passion for films and the screenplays they had in mind. Eventually, director Mansoor Mujahid caught wind that “some Australian guy” wanted to make films in Pakistan.

“A colleague of mine said he knew a guy who has the crazy idea of making a film. And I said, ‘he’s not going to be able to do it.’ But let me meet him because he seems as crazy as I am,” Mujahid disclosed, when I met the team again this summer. 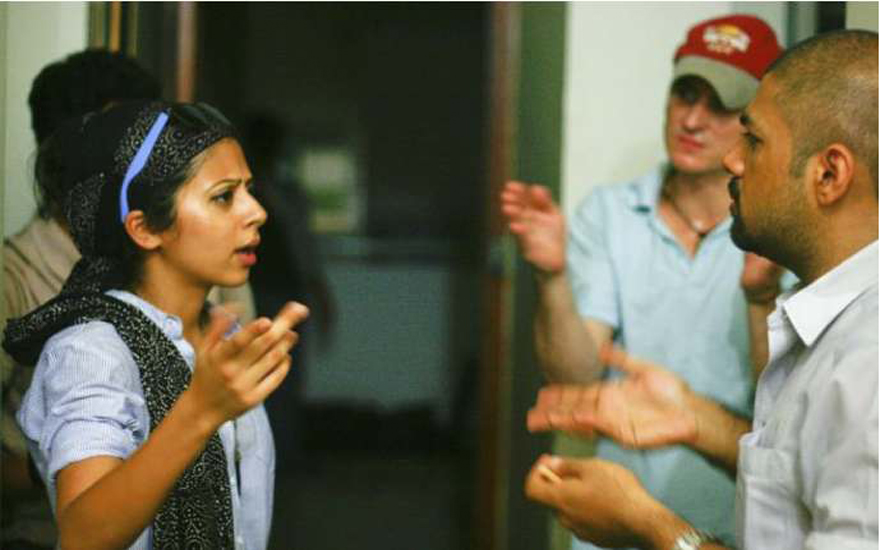 Mujahid may have been sceptical at first, but after meeting Summer and Meher, he realised how serious they were about making films and came onboard. Work started onKolachi, but the process was slow.

Jaffri explained that there are two routes producers take when making films. “One is to gather whatever funds you find, make the film and then release it. The other is to first secure distribution for the film, then to shoot it so you know that once the film is made it will be seen by a mass audience and that the costs will be recovered.”

Kolachi fell in the latter category, whereas the smaller production Lamha, although conceived later, was completed first.

The film features Aamina Sheikh and Mohib Mirza as a couple coping with the loss of their son.  And since it is a naturalistic, character-driven film, getting the right people to play the leads was very important.

“It was a friend of ours who had recommended Aamina and Mohib and passed the script on to them,” said Jaffri. “We were tossing the script to other people as well, but Aamina and Mohib asked to meet us and they were a breath of fresh air. They were interested in the script and the story and didn’t seem concerned about money or the fact that we’re a small team. They asked to read for us, even though we had already seen their acting on TV and didn’t need them to audition.”

Mujahid, who directed Lamha, has nothing but praise for the entire cast, but he pointed out that performance is only 30% of the game. “The main struggle is getting the team together. We took a really long time picking our crew and although we didn’t have enough people working for us, we picked the right people who did their jobs well,” he said.

One such ‘right’ person was Faraz Iqbal, the cinematographer, who Mujahid had studied with in college. The two have worked extensively with each other in the past, and since they understand each other’s styles of filmmaking it is no surprise that Lamha is full of beautifully composed shots.

The film also eschews Lollywood style entertainment and instead explores universal themes such as grief and forgiveness. Nicks explains that he wanted to make a film with themes that would resonate with audiences everywhere — an important consideration since they had planned early on to submit Lamha at international film festivals.

“But it’s not like festivals or audiences were our sole consideration in making this film,” clarified Jaffri. “With stories like this it comes down to ‘what is the higher meaning in the mundane things we do? Is there a poetry to these everyday things?’” 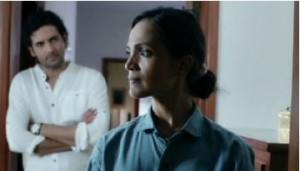 Aamina Sheikh does not have a single bad angle. As a young mother coping with the death of her son in the independent filmLamha, she is restrained in one scene, hysterical the next, thereby showing not just the gamut of her acting ability but also the various stages of mourning.

Lamha, also known as Seedlings, follows the lives of three people affected by the death of a child. The parents, played by real-life couple Aamina Sheikh and Mohib Mirza, have been driven apart by the death and are trying to move on with their lives at their own pace. And then there is Anil (Gohar Rasheed), a rickshaw driver involved in the accident, who wants to change his life around but cannot because of both psychological and socio-economic reasons.

Most Pakistani films fall into one of two categories. Either they are poor imitations of big budget Bollywood extravaganzas, or they are crammed with social issues so that the end result is more of a dissertation than a work of art (you know what I’m talking about). Thankfully, Lamha avoids these pitfalls and instead explores universal themes such forgiveness, grief, marriage and death.

The film builds up slowly, each beautifully composed shot contributing a nuance, a detail, to the audience’s understanding of the plot. This technique works at least for the first 20 minutes or so, but around half an hour later, as things are still slowly building up, the film seems to be meandering in circles. Perhaps the non-linear structure and the various editing techniques are necessary to capture the state of mind of the characters. For instance, when Maliha (Sheikh) is shown meticulously cleaning the house — a coping mechanism she’s developed for her grief — jump cuts suggest that her day is going by fast. Later in the film, when she is emotionally struggling, the filmmakers show her in a trance like state as she prepares a meal. Music wunderkind Usman Riaz’s score insidiously creeps in and the camera hones in on her slow movements, stretching the few moments of her in the kitchen to seem much, much longer.

In one recurring flashback, the couple is shown dancing in their bedroom, which to the audience signals a time before the accident took place. Later on in the film, when we see the scene in its entirety, we realise that it was not as far in the past as we had thought. Instead of clocks and calendars, it seems to be the characters’ personal sense of the time and their memories that dictate the flow of the film.

Subsequently, the film can seem choppy and the pace is extremely slow.  Not that there is anything wrong with choppy or slow. The Japanese film Maborosi, which incidentally also explores grief, is achingly beautiful and painstakingly slow. And filmmakers such as Wong Kar-Wai and David Lynch are known for making films with unusual narrative structures. However, the main concern with Lamha is that by moving away from the conventional three-part dramatic structure, it seems to lose its footing. The climax, for example, loses its impact since the tensions had not been adequately built up earlier in the film. Of the three central characters, Maliha and Anil are more compelling and perhaps the film should have concentrated more on the subplot between them than the one between Maliha and Raza. Anil seems to have more at stake than any other character and considering Gohar Rasheed delivers a fine performance, it’s a shame there isn’t more of him in the film.

But there are many things the filmmakers do get right. There are no false promises of happiness or closure, yet director Mansoor Mujahid is able to introduce moments of levity in the film. The actors successfully avoid histrionics and depict mourning in all its manifestations: anger, guilt, isolation and, eventually, acceptance. Cinematographer Faraz Iqbal has employed a blue-gray colour palette for most of the scenes, which result in not only a beautiful, but also a visually cohesive film. Usman Riaz’s score adds a haunting quality to the film and even with its flaws, Lamha is a giant step in the right direction for Pakistani independent cinema.

This article was originally published in the August issue of Newsline under the headline “Talking Movies.”