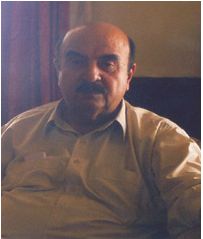 Q: What has your role been as the principle mediator in the Abbakhel dispute?

A: Since I was on good terms with the late Noor Khan, there was considerable pressure on me from the convicts’ family to facilitate the settlement process. I was aware of the fact that the complainant party had demanded 12 girls and 12 million rupees in exchange for the pardon and due to this I had refused, but later I was assured that the girls would be excluded from the terms of the settlement.

So basically, all I did was to bring the two parties together and facilitate the process and had no say in the terms of the settlement. Although I tried my level best to exclude the girls from the deal, the aggrieved party remained adamant and demanded at least two girls from the convict’s family.

Q: Have you ever supported using girls as a barter in a feud?

A: In all the cases in which I have been involved in the capacity of a mediator, not once have I demanded or stood for the involvement of girls in the terms of settlement. In my opinion, this is a very barbaric practice, but the problem is that people are bound by traditions and in the Abbakhel case, both parties belong to the Niazi tribe, who have the custom of exchanging girls besides money for the settlement of their disputes and quarrels. To the very end, I tried to impress upon both the parties to omit this condition from the terms of settlement.

Q: It has been suggested that your involvement in this particular case was politically motivated. How would you respond to these allegations?

A: These allegations are completely baseless. I have no plans of contesting the October elections and even if I did, both the parties do not belong to my constituency therefore there is no question of this being a covert attempt to increase my vote-bank. The only reason I got involved was due to the fact that the people of the area hold my family and me in high regard and hence were adamant about my stepping in to put an end to the bloody dispute between these two families.

Q: Why is it that people prefer to settle their disputes in jirgas instead of courts?

A: In this region, the tribal justice system or the jirga is what the people are familiar with and trust. They know that a jirga would settle a dispute fairly and in a short time, whereas oftentimes the judicial system [does not dispense] fair and swift justice. In addition, litigation often proves to be an expensive process, while on the other hand there are relatively no expenses involved in the tribal courts.

Q: What preventive measures should the government adopt in order to avoid a repetition of instances such as Abbakhel?

A: Firstly, the government should try to make the judicial system more people-friendly so that they choose to take their disputes to the courts instead of settling them among themselves. In addition, there should also be checks and balances imposed upon the working of tribal courts in the country because in my opinion, many tribal elders do not want to get involved in these issues but are often forced to, as was the case with me in Abbakhel.

Furthermore, the government should realise the urgent need to revamp the police department in order to rebuild the trust of the public in the law-enforcement agencies, which will eventually curb this presently increasing tendency towards vigilantism.