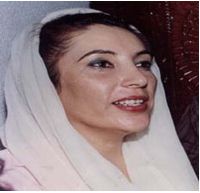 Pakistan’s crusaders for democracy proved no better than any dictator when forced to swallow the bitter pill of holding intra-party elections by President General Pervez Musharraf.

In late July and early August, major political parties rushed through their internal elections process to meet the August 5 deadline set by the military government to qualify for the October elections.

But what happened in the name of elections exposed the lack of democracy within the ranks of Pakistani political parties and the dictatorial attitude of the so-called democratic leaders who abhor dissent and diversity of opinion. In the case of Pakistan’s two former ruling parties — the Pakistan Peoples’ Party and the Pakistan Muslim League — the posts of the office bearers are dictated from the top, or more precisely, from London-Dubai in one case and a palace in Saudi Arabia in the other. Senior office-bearers, time-tested workers and hundreds of former lawmakers are considered mere rubber stamps and political serfs fit only to toe the line, rather than exercising their own judgement.

Other political parties, including Imran Khan’s Tehreek-e-Insaf, elected most of their top leaders unopposed.

The sardars and nawabzadas of smaller political parties also sailed through the sham of intra-party elections without any contest, laying the first foundation of the country’s return to democracy a little twisted.

However, despite their opposition and reluctance to hold party elections, none of the political parties challenged the condition in the court. Instead they conducted the intra-party elections in accordance with the new requirements, but the process proved as dubious and controversial as that of General Musharraf’s presidential referendum.

The manner in which the PPP — spearheading the campaign for Pakistan’s return to democracy — held its polls is a case in point.

Former Prime Minister Benazir Bhutto, once declared the life chairperson of the PPP, did not just get herself re-elected unopposed, but her central office bearers and central committee members as well. “All the party members were discouraged from filing the nomination papers,” revealed a former lawmaker and minister in Bhutto’s party.

Another disgruntled PPP leader, who also requested anonymity, said there were orders from Bhutto that no one was allowed to challenge her nominees, let alone even launching a symbolic challenge to her leadership by running for the party’s top slot. “It was an opportunity for us to change for the better and usher democracy into the party, but her feudal mindset and dictatorial attitude is not letting that happen,” he said.

Nabil Gabol, a Central Executive Committee member elected unopposed, stated that no member had filed nomination papers against Bhutto or her team because she enjoys the confidence of the entire party. “She remains the only person who can keep the PPP united as well as pull the country out the prevailing crisis.”

But those who want democracy within the party contend that the unopposed elections have demoralised workers, who dislike many of the existing office bearers. “They were denied the right to even challenge their candidacy by electing another contender for the job,” said the PPP former minister.

Even at the provincial level, Bhutto’s favourites won hands down without any opposition, an indication of the personality cult status she enjoys. 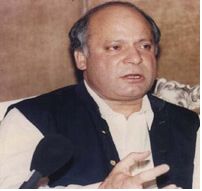 In the PML-Nawaz group, the state of internal democracy is no better. Nawaz Sharif’s younger brother, Shahbaz Sharif, was elected unopposed to the post of party president by the PML (N)’s 900 councillors who expressed full confidence in the leadership of Nawaz Sharif who stepped down in his favour.

The central leaders of almost all political parties were not inclined to hold even token elections for the president or chairmanship of the party. Intra-party elections were held only for the lower tiers, but those too were mismanaged in most of the parties, as a majority of them do not have genuine membership or voters’ lists.

Intra-party elections are a precondition for a vibrant democracy and strong democratic institutions, but in Pakistan mainstream political parties do not have a tradition of internal elections. One of the few exceptions is the Jamaat-e-Islami, which holds elections regularly and in line with a set procedure.

While the mainstream political parties managed to fulfill the condition of intra-party polls — quite literally by hook or by crook — the government also cut a sorry figure in the whole affair.

If it was indeed keen upon introducing genuine intra-party democracy, it should have announced the decision much earlier than June 27, in order to give political parties sufficient time to prepare for the big exercise. The government should have also framed a mechanism to ensure proper implemention of its directives and prevent sham intra-party elections.

The timing of the announcement of the new election laws and the lack of a transparency mechanism has raised questions about the government’s intentions. Was it serious about reforming the political parties or was its decision based on political expediency to bar certain politicians or political parties from the elections?

As most parties failed to adhere to the condition of intra-party elections in letter and spirit, will the government take action against them? It finds itself in a catch-22 situation in this respect. If it accepts the results of the intra-party polls, the purpose of the new laws would not be served, but if it opts for a tougher line and key politicians and political parties are barred participating in the elections, they are likely to lose their legitimacy.

With the United States asking the military government to allow all parties to run in the polls, a tough course of action for the implementation of the law seems remote and unlikely.