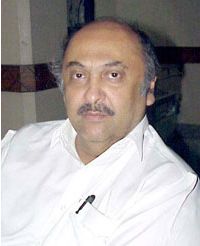 Q: As chief minister of the five-party coalition government, what priorities have you set in Balochistan?

A: I will put the law and order situation in Balochistan on top of the list. Without it, everything is meaningless. It is the basic responsibility of the government to protect the life and property of the people. On the very first day, I strictly directed the administration to take measures to make the highways safe.

We will continue to implement police reforms and introduce reforms in the levy (rural police) to make them a professional law enforcing agency. The government set up a directorate general, levies, in the provincial capital, with six zonal directorates in the rural areas. New vehicles, weapons and other equipment were purchased and are being provided to the police and levy force. A centre has already been established in Quetta to impart training to the levy personnel, besides setting up intelligence and interrogation wings.

Q: What are the priorities for the development sector?

A: The provision of basic amenities to the people has been given top priority. Being the senior minister in the planning and development department, I will focus on the provision of basic amenities. Schemes will be planned to build new health centres and schools, while the old ones will be provided medicines, staff, teachers and extra rooms. New schemes will be approved to provide clean drinking water. The recommendations of both treasury and opposition benches will be taken into consideration while preparing development schemes, so that everyone participates in the process of development. Efforts are also being made to provide natural gas to Kalat, Ziarat and other towns and to electrify more and more villages in the coming year.

Q: How far will your coalition partner, the MMA, influence policy in Balochistan?

A: The PML(Q) and MMA entered into a 12-point agreement for the formation of the government in Balochistan and we are bound to abide by it. Most points such as the removal of the checkposts of federal agencies, the Gwader deep sea port etc. are related to the federal government but implementation has already started on the points related to provincial subjects. A ban on liquor and gambling, which every religion disapproves of, has been imposed, and the law enforcing agencies have been asked to strictly enforce it.

Q: Does your government also intend to impose a ban on kite flying, fire-crackers and music in passenger buses as demanded by the MMA?

A: The MMA has not demanded any such ban so far. Maulana Hafiz Hussain Sharoodi, who is also the information minister, has already declared that the MMA does not advocate a ban on cable channels in the province.

Q: There is an impression that the power-sharing favoured the MMA and caused differences in the PML(Q) and GNA ranks.

A: The distribution of portfolios between PML(Q) and MMA was made in accordance with the agreement reached upon before government formation. However, minor differences on such occasions could not be ruled out and we will talk to MMA leaders to withdraw some portfolios before the expansion of the cabinet, so that more MPAs from the PML(Q) can be brought in.

Q: There has been conflict between Balochistan and the centre over development funds and gas revenues. How do you plan to deal with this issue?

A: Mir Zafarullah Khan Jamali, who twice served as chief minister Balochistan, is well aware of the province’s needs and problems. The federal government has already increased the rate of royalty and excise duty on natural gas from 9 rupees to 26 rupees per million cubic feet and has assured Balochistan that it will enhance the rate of development cess on gas from 26 to 126 rupees per MCFt in the next National Finance Commission award. This will increase provincial revenues manifold and that will help Balochistan come at par with other parts of the country. A number of mega development projects have been initiated in Balochistan recently and the government, led by Mir Zaffarullah Jamali, will hopefully initiate more. Unemployed youth will be accommodated in these projects, while the federal government will be asked to strictly implement the job quota of the province.