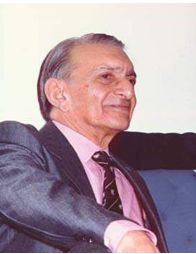 “Catch the magic,” said the young lady who briefed me on what she wanted me to write. Magic is an illusion and not a mood. But I had a pretty good idea of what she meant. No one expected cricket matches between India and Pakistan to turn into carnivals, no one expected that such inveterate foes would put aside their deeply ingrained hostility and party together, all sorrows forgotten, the moment to be celebrated.

Will the euphoria last? Or will it evaporate at the first touch of reality? There have been other false dawns but they have not involved ordinary people and I see cricket fans as ordinary people with no agenda other than a longing to see more and more cricket matches between the two countries. That cricket ties will facilitate a peace process is, perhaps, too unrealistic, but it allows us to communicate with each other at a pedestrian level without hurling angry slogans at one another.

The cricket fans of both countries have served notice on their leaders that cricket is too serious a business to be left to their ambitions or made hostage. The decision to snap cricket ties was taken by the Indian government in a post 9/11 environment and accusations of terrorism would be heard by sympathetic but untutored ears. But this is not a political article and I do not want to spoil this friendship moment; I want to share in the good time that is being had by all.

Still, it is important that we do not build our hopes too high. Sports can be a stepping-stone but it is not a bridge. Every four years, we have the Olympic Games and these games have lofty goals. But they have not stopped wars. There will be the Olympic Games in Athens in a few weeks time but my guess is that the war in Iraq will still be raging, the Israelis will still be killing Palestinians and the neo-conservatives in Washington will be plotting the next target in their grand design , it could be Iran or Syria or North Korea. Millions had marched in anti-war protests in London but this did not deter Tony Blair. So if, thousands of Indian visitors come across to watch the cricket series and are received with open arms, all we are doing is lighting candles, but the light they give is not enough for the darkness. Peace needs trust. It means unlearning what generation after generation have been taught in their history books. This will take time and the process will have to proceed uninterrupted.

What the cricket tour has achieved is that it has allowed the Indian visitors to see a little bit of Pakistan for themselves and it must have opened their eyes. Pakistan is not at all like it has been portrayed to them. There is no militancy, no gut-animosity and the Indian visitor will have seen a similarity of outlook in the simpler desire of getting on with their lives and how much they have in common, including venal politicians and the great divide between the rich and the poor.

I had a friend called Ed Stegman when I was studying at the University of Southern California. He was a World War-II veteran. He was in the US Air Force and he would tell me that it was his job to drop bombs on people he did not know. “I did not hate those people but I hated my rear-gunner, ” he would say, making the point that he was being asked to kill the wrong enemy! The enemy of both India and Pakistan is poverty.

Millions of Indians will be watching the matches on television and they too would be able to see how festive is the mood of the spectators and the messages of the placards that some of them display and the sight of Pakistan and Indian flags being waved joyously by respective supporters. How different and how much more hopeful than angry, fired-up mobs burning these flags at another time and at another place. This indeed is magic, but one hopes not an illusion.