By any administrative and political yardstick, receiving, managing and then sending a staggering 2.5 million displaced people back home in a little under three months is not a mean achievement. In a system where little ever goes right when it comes to dealing with the general public, officialdom’s focused attention on the miseries of the affectees of the Malakand military operation against well-entrenched terrorists should therefore be a cause of satisfaction, if not rejoicing. Yet, from Peshawar to Mingora, nowhere do you hear trumpets blare in self-praise; even those who are returning home after an unfortunate hiatus in their lives carry fear in their eyes rather than tears of joy.

People greeting each other in the open and bazaars limping back to normal activity is a common sight in Mingora and the adjacent, and relatively less troubled, town of Saidu Sharif. But off the street, in the comfort of the four walls of their dwellings, the people are gripped by the common worry that the Taliban might stage another bloody return.

Sher Yousafzai, member of a provincial service (full reference and complete name withheld on request), who is presently working in Mingora is particularly perturbed. “During the curfew, the army came to our area and marked the house of a local Talib, Zahid. They said that he was a miscreant and his house would be demolished. They had precise information on who the Talib was and how many family members he had.”

“I told them,” Yousafzai continues, “that if you blow up his house, our houses will also come down, and this would defeat the very purpose for which we have all come back.”

In the end, a compromise was struck: the people of the neighbourhood personally brought down the house of the Talib, literally brick by brick.

“Now there is no curfew and we are back with our family and children. We worry that Zahid, still absconding, will come one day in the dead of the night and hurl a grenade at us,” says Yousafzai.
Although Yousafzai has not heard from the missing militant, and is quite determined to kill him if he comes back, the nights are still uneasy and the days long, especially when the menfolk of the area leave to earn their livelihood.

Up ahead, seven kilometres from Mingora, in the small and busy streets of Charbagh, life is more certain. This part of Swat was open for business even when the IDPs had not started to come back. In fact, a majority of the people here did not leave home.

But worries occasionally burst out from the general calm that is observed at a glance. Allauddin, a truck driver, claims he saw the dead body of a policeman who was kidnapped not far from this area soon after his return home. 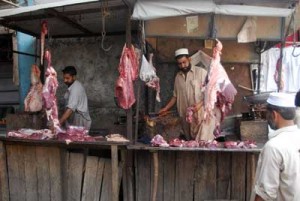 “The government told us to go back, and we have come back. It was good for some days, but then there is a silent messaging system that the Taliban have devised to convey their presence. Little children come back home and tell us that “someone” (a Talib) told them that they are here. Getting a message of this nature from your child is very unsettling,” he remarks.

It is this campaign by the Taliban which gives a larger-than-life effect to their activities. Allauddin says that after seeing the dead policeman his heart sank — it was almost as if he had relapsed into terror. “When will all this end? Do you know?” He sounds like a man on the edge.

Unfortunately, assurances that life would return to normal again, like in the good old days when Swat was a happy place known for breathtaking tourist resorts and its treasured trout, are in short supply.

Back in Peshawar, the military and civilian bureaucracy are taking pains in explaining to everyone that “short spurts of trouble will be happening here and there, and to calm things down and bring them to a level where a complete cleansing of the Taliban rule can be declared is still a distant goal.”

“In achieving this goal,” says a high-ranking civil bureaucrat in Peshawar, “it is vital that we get the full cooperation of the local people. They are the ones who have to point out where the remnants of the Taliban are located. We have the capacity on the ground to take them out, but we don’t always have the required information at hand.” 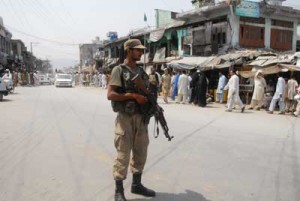 But this information will not be forthcoming if the local people, particularly those who have come back home, are still unsure about the fate of the top leadership of the Swat Taliban. For most of them, collaborating with the government is still a risky business, particularly now that their families too have returned. Also, memories of the consequences of their previous assistance to the army are still fresh. Two years ago, they provided lists of the Taliban to the military commanders and the administration and as a result nearly 1,300 of the hardcore militants were captured. Then, a key military aide of General Pervez Musharraf brokered the releases of the captured Taliban, whose first act upon return was to visit vengeance upon those who had provided the information. Locals claim that over a hundred people were slaughtered, sons in front of their fathers and husbands before their wives.

A deep funk of that terrible letdown still hangs over the valley of Swat. Apart from a handful of bounty-hunters and personally aggrieved persons, there are very few yelping on the heels of the fleeing Taliban. Most of them pass the daylight looking over their shoulders; at night there is permanent vigil — a price they have to pay for their new-found freedom.