What strikes one most about Monica Ali’s new novel, In the Kitchen, is the fact that it carries no hint of her own ethnicity or background. There is no South Asian element to this story, no struggle to come to terms with identity in a western society, no claustrophobically loving subcontinental family, or any grappling with distrust and suspicion in a post-London bombing scenario. In this respect, the author has charted brave new territory for a British writer of Bangladeshi descent — she steers clear of the genre into which all South Asian writers almost inevitably fall. And, if not dealing with coming-of-age angst in western societies, the other tendency is to serve up exotica in the form of havelis and feudal decadence juxtaposed with poverty and rural dignity, the clash of values and modernity versus tradition.  All these themes are powerful ones and interesting work has emerged, but the challenge is to now get out of the South Asian writers’ ghetto, which western audiences have found it convenient to relegate us to.

Monica Ali does this with almost startling success. In fact, one would be hard-pressed to discern either the gender or background of the author. Her protagonist is a white British male, whose life and career seem poised to take off but whose faÃ§ade of nonchalance actually conceals an extremely fragile emotional state. The book opens with a macabre incident at his workplace which tips the balance of his well-ordered tedium. Gabriel Lightfoot is a thirty-something executive chef, running the kitchen at a prestigious London hotel. He oversees a multicultural staff of East Europeans, Africans and South Asians, and it is this cultural melting pot which provides the ingredients for the underlying crisis in the book. With their multi-hued stories, idiosyncrasies and often volatile tempers, the hotel kitchen is a microcosm of London itself while Gabriel’s ambivalent feelings about his workplace, his life and the people in it reflects unexplored childhood memories, relationships and incomplete endings.

While Gabriel carries on with the daily business of running the hotel kitchen, he has, in fact, entered a partnership to set up his own restaurant into which he has invested his life’s savings. One of his partners is an affably charming member of parliament, while the other is a somewhat thuggish businessman, but he has to keep the venture a secret from his current employers. He also enjoys a long-standing relationship with a wonderful girlfriend with whom marriage seems to be the next logical step. However, the accidental death of a Ukranian night porter at the hotel brings Gabriel in contact with a wraith-like young girl, an illegal immigrant on the run from her pimp. He finds himself inexplicably and powerfully drawn to this dark, brooding waif and his subsequent actions have inevitable personal and professional consequences.

Through all of this, Gabriel is also grappling with the reality of his father’s struggle with cancer. As he returns home, he rediscovers family and comes to realise what his own detachment and selfishness over the years has cost him. His mother’s precarious hold on sanity, his father’s stoic ordinariness, his grandmother’s eccentricities have played out over the years, while his younger sister has gone from spunky teenager to overweight single mum, trying to balance her personal life as best as she can, while managing two difficult teenagers. As Gabriel is forced back to the family hearth, having to deal with the mundane chores of looking after two old people and an ageing house, he finds pieces of his childhood and connections that ultimately provide him with emotional stability. But family interludes aside, back in London he finds himself trapped in emotional and moral dilemmas which plunge him into the underbelly of urban life. 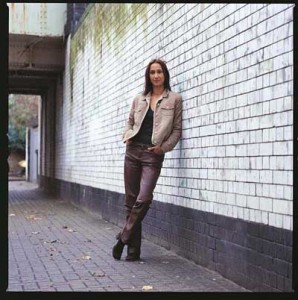 At over 400 pages, the book is well-padded with some interesting characters and parallel storylines, all of which place Gabriel at the centre. Chefs are the current darlings of popular culture but Monica Ali presents a decidedly unglamorous view of the kitchen, where grinding workloads, cramped workspaces and unflattering physical descriptions don’t exactly work up an appetite. While the story is set in the kitchen, there is little passion evident for anything culinary, either on the part of the writer or the protagonist. Ali’s writing has a clinical edge to it, a detached strangeness which lends the events a surreal aura. Gabriel’s actions seem to be following a course over which he has little control, becoming more illogical and driven only by impulse till his final outburst.

Despite Ali’s well-crafted portrayal of British family structure and the frenetic pace of urban life, one remains a little puzzled as to why Gabriel is walking such an emotional tightrope in the first place. Gabriel is a cold character. He is monumentally selfish, as both his girlfriend and his sister point out, and all this makes it difficult for the reader to empathise with him. Rather, one feels irritation at the way he seems determined to mess up his life.  But because one can’t really connect with Gabriel, one doesn’t really care what happens to him or fret too much about the great mystery that is haunting him. Even flawed characters must have the soul to draw the reader in. Unfortunately, Gabriel Lightfoot remains distant and unapproachable. In fact, many characters in the book remain just out of reach, interestingly sketched but not fleshed out enough to really take hold of the imagination.

What the writer does establish with this work is her versatility and the ability to craft a complex novel, juggling a multitude of characters and situations and drawing the many edges to a neat close. Add a little passion to the skill and it will be interesting to see what Monica Ali comes up with next.