When conscientious Pakistanis take the initiative of doing something for their country in order to give back, there is a sense of bonhomie because one knows there is still hope for the country. However, when expatriate Pakistanis come back to the country just to give fellow Pakistanis a helping hand, it truly warms the heart. The DICE-CAM event held at the Karachi Arts Council saw expatriates and resident Pakistanis come together to celebrate local talent in the fields of media and the creative arts. 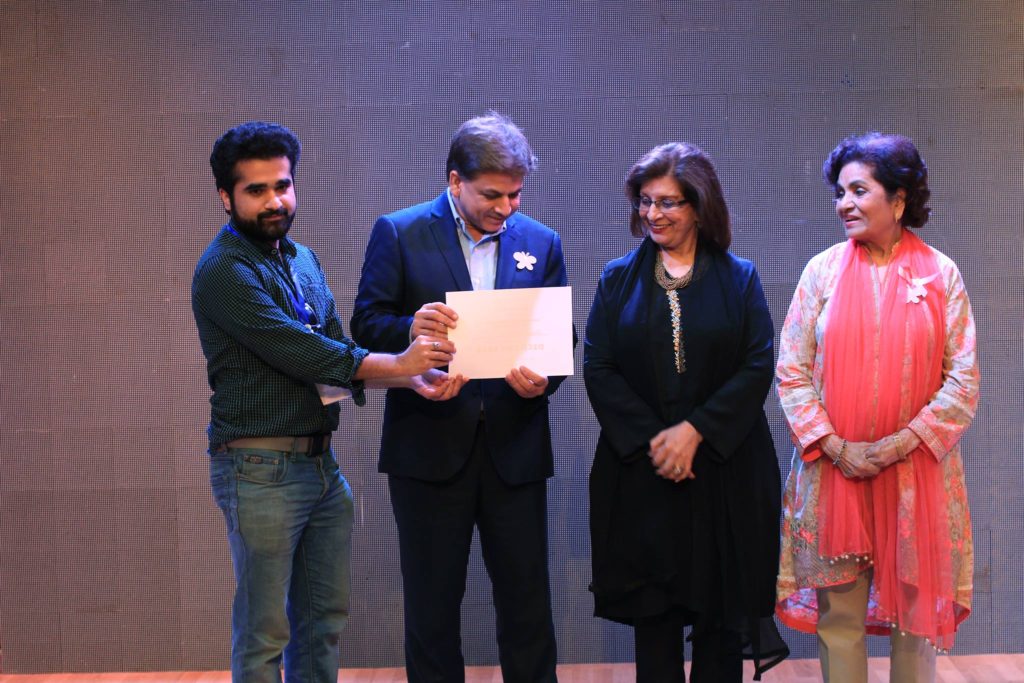 Founded over a decade ago, the DICE Foundation (Distinguished Innovation, Collaboration and Entrepreneurship) aims for capacity-building of Pakistanis in various spheres through the application of state of the art technologies and innovation. Run by expatriates from the US, UK and Canada, the foundation receives help from volunteers residing in Pakistan. In the last 10 years, DICE has collaborated with various academic institutions in multiple domains, ranging from automobiles, engineering, to health, textile and IT, with CAM (Creative Media and Arts) being the latest addition to its diverse profile.

DICE chairpersons Khursheed Qureshi and Ajmal Zaheer came from the United States to conduct the two-day event, and acclaimed writer Haseena Moin spoke about DICE and what it aims to achieve.

The first day saw students and media professionals being divided into two groups where the latter spoke of the problems faced by Pakistan’s media industry and DICE’s possible role in helping solve some of the problems. The students took the opportunity to ask questions and raise concerns about potential roadblocks they could face. Although centred on the role of the media, the event did not see a lot of local media personalities in attendance. The students, however, took the time to interact with Ajmal Zaheer, writer and director of the 2014 Hollywood film Jinn, and Muqeem Khan who has worked as a visual artist in multiple Hollywood films including Armageddon, Flubber, Final Fantasy and George of the Jungle.

The two-day session also saw design students from IQRA University showcase their creations, which were lauded for their creativity and visual appeal. Veteran TV actress Bushra Ansari inaugurated the exhibition and appreciated the student’s efforts. 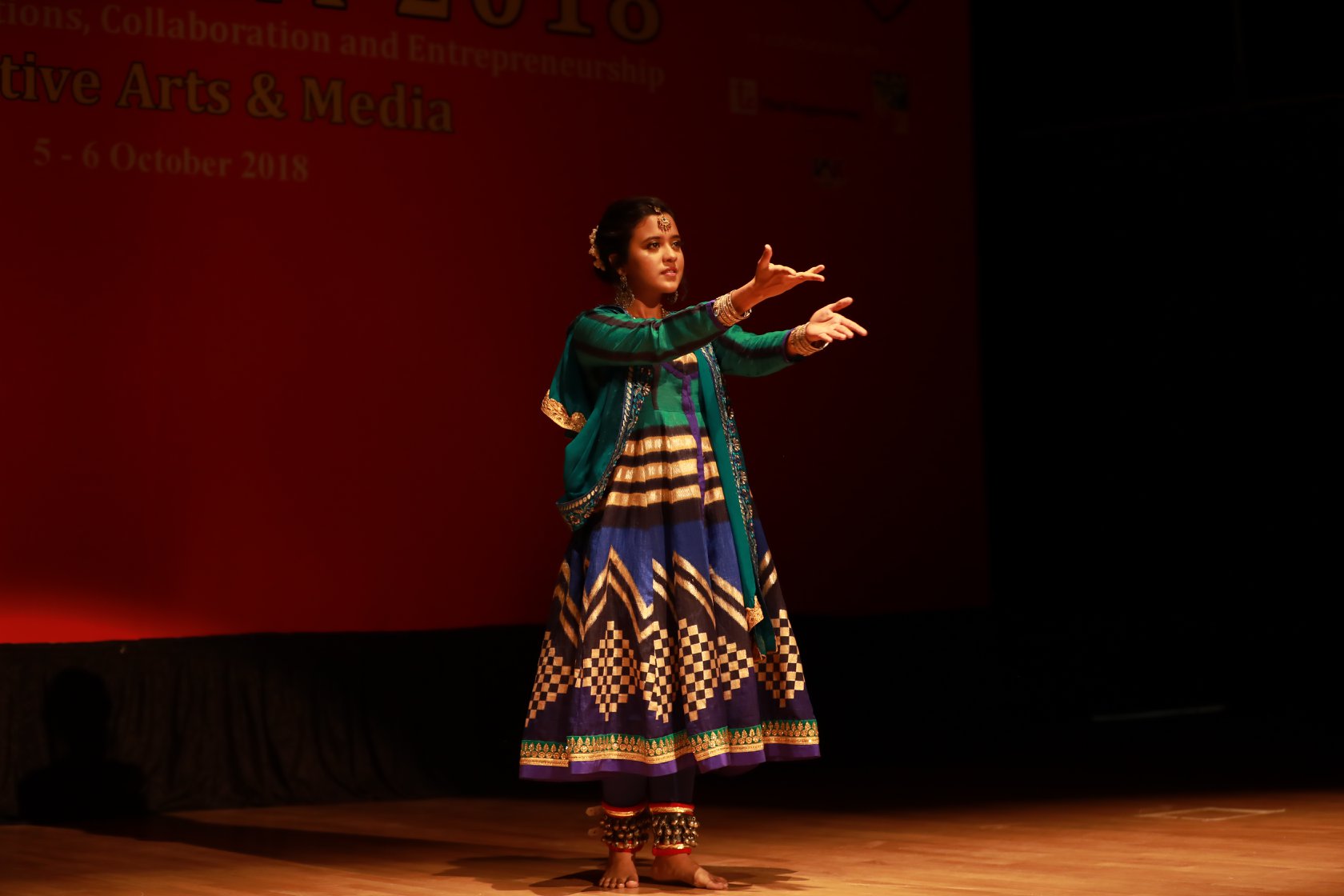 A formal opening ceremony was held in the evening with Governor Sindh, Imran Ismail, as the chief guest. Arts Council president Ahmed Shah, and president HUM Network, Sultana Siddiqui, were among some of the notable names present at the ceremony. The entertaining affair saw an enthralling classical dance performance by Zahshanneh Malik, laugh-out-loud comedy routine by Usman Mazhar, and some lively singing sessions with Zara Shirazi and Alycia Dias.

The second day of the event was reserved for the screening of over 100 short films and documentaries submitted by students from various universities across Pakistan. Judges and audiences alike lauded the entries. Muqeem Khan, who was part of the judging process, commended the students’ work, “I was thrilled to see the quality of work that was submitted,” he said. Khan also spoke about the endless possibilities of DICE as a platform to engage the youth, “We need a synergetic collaboration with a strong outreach in order to sell our innovative products outside Pakistan, and DICE could be that catalyst for our creative industry,” he added. 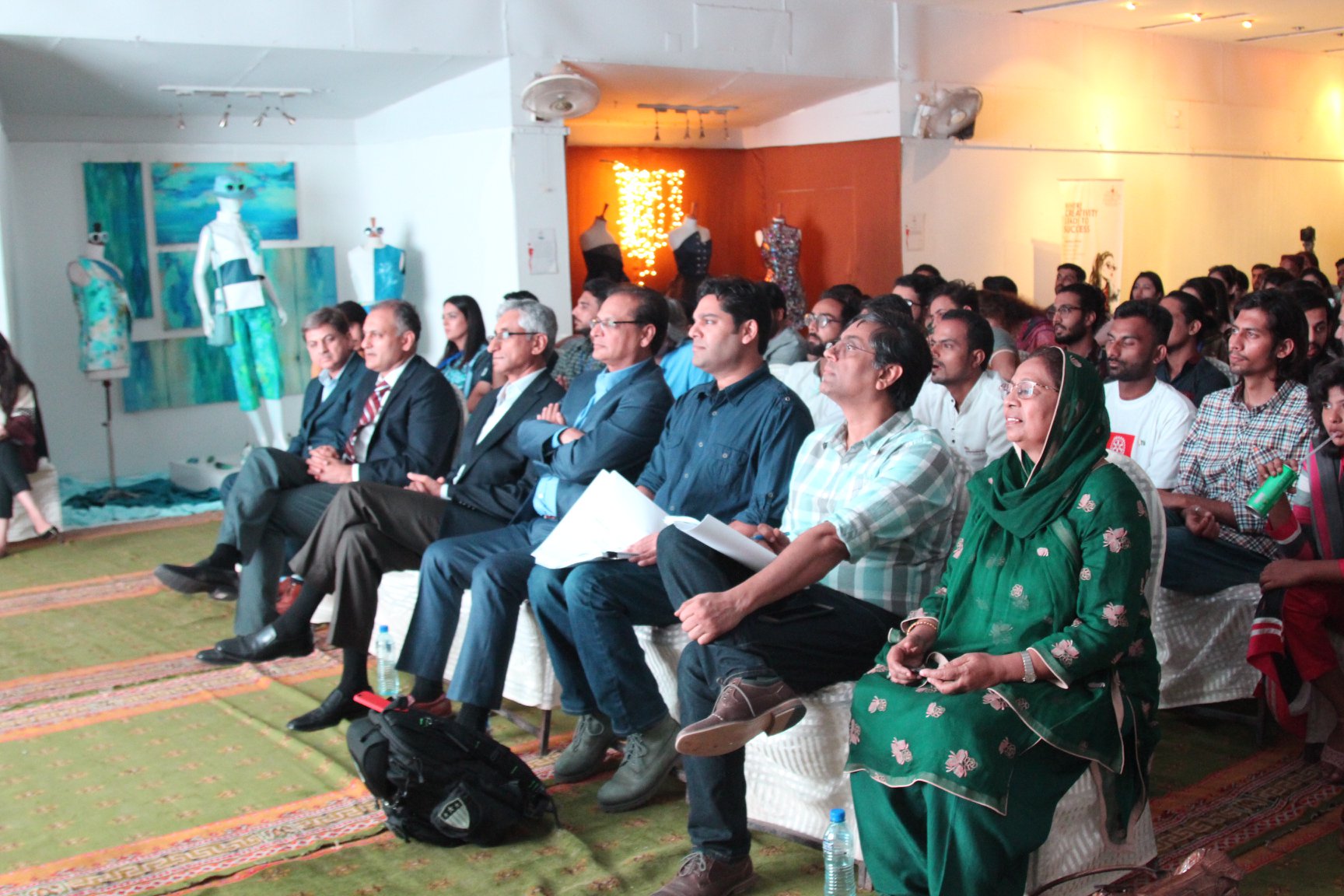 The closing ceremony was held on the second evening, where numerous awards and cash prizes were given to the students. Sultana Siddiqui, the chief guest for the ceremony, promised to set aside a slot on HUM TV to air the winning entries – a huge morale boost for the aspiring filmmakers.