“Politicians will start lining up to the new army chief the day I take off my uniform,” a visibly agitated President Musharraf told a group of pro-government senators as he argued why he could not accept the opposition’s demand. Facing the most serious challenge yet to his authority, this candid comment clearly reflects the General’s predicament. Barely six months after the elections, the parliament is in crisis, paralysed in a dispute over the legitimacy of Musharraf’s presidency and the contentious Legal Framework Order.

Day after day, the National Assembly resounded with chants of “Go Musharraf, go,” from the opposition members, who drowned out the government benches, creating an unprecedented spectacle in the house. They stood thumping their desks with leather files, shouting: “No to the illegal amendments.” The rumpus invariably forced the Speaker to adjourn the session after a few minutes. The opposition’s decision not to let a president in military uniform address the joint session of parliament has blocked any serious parliamentary business. The NA session now stands indefinitely suspended, to give the government and the opposition time to resolve the impasse. But there are no signs of any breakthrough. General Musharraf has firmly refused to give up his powers or quit his position as army chief, while an increasingly defiant opposition is clearly in no mood to soften its position on the issue.

Musharraf insists that his stay in uniform was necessary for maintaining “a bridge between the military and civilian administration.” He issued a tough warning to the opposition, saying they have to accept the new political framework. Gruffly dismissing the tradition of addressing parliament as unneccessary, Musharraf added insult to injury with a blunt statement: “I will only address a civilised parliament and not an uncivilised one.”

General Musharraf’s tough stance apparently leaves no chance for any thaw in the ongoing talks between Prime Minister Jamali and the combined opposition. Behind all this hard posturing, however, there is the lurking fear that the continued political stand-off could threaten to upset his handcrafted system of a ‘managed democracy.’ The current constitutional impasse does not bode well for his own political future. The opposition’s protest is certainly having a disturbing effect on Musharraf. Politicians and senior officials say he looks unusually concerned and pre-occupied by the parliamentary imbroglio, and that his newly created political setup simply hasn’t taken off. There is concern among senior officials that if this confrontation drags on, it could even affect army morale. Early this month, during a meeting with formation commanders, Musharraf reportedly faced a number of questions from his officers expressing their concern over the current political situation. “Today the President looks a worried man,” said a senior government official. “His options are narrowing down.” 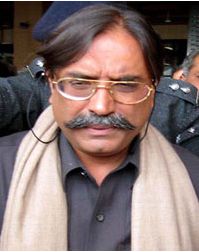 The seriousness of the prevailing crisis has, perhaps, forced Musharraf to shed his lofty pretensions and dirty his hands with the messy business of politics. He is now talking directly to the MPs. In an attempt to defuse the conflict, Prime Minister Jamali has invited the opposition for talks on the LFO, but with the battle lines so firmly drawn, no compromise seems possible. While the focus is on the high-profile parleys between the ruling alliance and the opposition parties, the more significant meetings are taking place in private. Senior ISI and IB officials are huddling with opposition leaders in ISI safe houses in search of a solution. It is quite apparent that Musharraf is now relying totally on his intelligence services, after PML (Q) leaders and the Jamali government failed to deliver the goods. The agencies are working on various strategies, varying from dividing the opposition, to engineering more defections. While senior ISI officials are also in contact with the PPP and PML (N) leaders, they appear to be more keen on striking a deal with the MMA, with whom they have traditionally had close links. Though some intelligence sources appear quite optimistic about the fact that they can get both factions of the JUI and two other smaller components of the MMA on board, the Jamaat-i-Islami appears to be the main stumbling block in the way of a compromise. “It is Qazi’s stubbornness that has prevented a deal with the MMA,” said a senior official.

Many of the PML(Q) ministers, however, do not share this optimism over a possible deal with the Islamic parties. “It will be very difficult for other MMA parties to compromise, without the Jamaat,” says a federal minister. “The Jamaat is not interested in any deal for short-term gain. It is confident of gaining political ground by sticking to its position on the LFO.” According to a highly placed government source, Musharraf has climbed off his high horse. He is now prepared to dilute the powers of the National Security Council, restrict his powers to the dismissal of only the prime minister and his cabinet, and allow a debate on the LFO in the parliament. However, he is not prepared to give a firm date on when he plans to retire from the army. “He will become a lame duck president the day he announces a date to shed his uniform,” says a senior official. Privately he is, however, willing to give a tentative time frame for quitting the post of COAS. The MMA has also been offered the posts of deputy prime minister and speaker in return for its support for the LFO and the dropping of its demand for the appointment of a new “full-time army chief.” 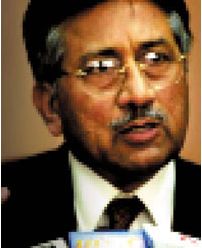 Most opposition parties have rejected such an assurance, insisting that Musharraf give a public commitment and that the time-frame should not extend beyond this year. “We cannot repeat the mistake we made when we believed General Zia’s private commitment in 1985 that he would leave the army within a few months,” said Senator Khurshid Ahmed, deputy chief of the Jamaat-i-Islami. “There cannot be any compromise on this issue.” The PPP and the PML(N), meanwhile, are also not prepared to compromise without Musharraf conceding to their other demands including the withdrawal of corruption cases against Benazir Bhutto and the release of Asif Ali Zardari . According to reliable sources, Major General Ehtesham Zameer, head of the ISI’s political wing and Musharraf’s troubleshooter, has held several meetings with Zardari at Islamabad’s PIMS hospital, as well as with other PPP leaders recently. But there has been no headway in the talks because of the establishment’s reluctance to directly deal with Benazir Bhutto.

Interestingly, Hameed Qidwai, former NWFP provincial chief of the defunct Mehran Bank and a key character in the scandal which rocked the Pakistani political scene in the mid-’90s, is also being used by the agencies for wheeling and dealing with the opposition. Qidwai was appointed Pakistan’s ambassador to Kenya by Nawaz Sharif’s government as a reward for providing evidence about the huge payments made by Mehran Bank to several politicians including Aftab Ahmed Khan Sherpao. Not only did Qidwai stay at his post after Musharraf’s coup, but his term was extended by a further six months by the Jamali government. The wily banker has come in handy in the agencies game of political manipulation because of his old connections with various politicians. Qidwai has apparently said that the one way out for Musharraf is to strike a deal with the PPP, which is still the largest opposition bloc in the National Assembly.

Qidwai’s views are strongly supported by some cabinet ministers who believe that by bringing the PPP into the government, they can easily muster the two-thirds majority necessary to pass the LFO and isolate the MMA, who are currently riding high after their impressive show of street power during the anti-American protests. “The PPP will be more than willing to join the government,” says a federal minister. Some of the PPP MNAs are not hesitant to admit to having a soft corner for Musharraf, but the military’s reluctance to deal with Bhutto remains a major impediment. “They should realise that there can be no breakthrough if they continue to bypass Benazir,” said a senior PPP leader. Musharraf and the agencies, however, are obviously still averse to this option.

The internal squabbling within the ruling alliance cobbled together by the intelligence agencies has only exacerbated Musharraf’s problems. Most observers agree that the government is totally dysfunctional, largely because of Jamali’s inability to provide any leadership. “It is the most ineffective and rudderless administration in Pakistan’s recent history,” admits a federal minister. This situation has forced Musharraf into the spotlight to fight his own battles. With his new system in place and a pro-military prime minister firmly ensconced in Islamabad, Musharraf was hoping to step back from day-to-day governance and concentrate on the larger issues of security and the economy. But his custom-made system has now turned into his worst nightmare.

The current parliamentary paralysis has not affected Musharraf’s ability to govern — not yet. So far, the opposition’s protest has remained restricted to the parliament building and the public seems largely apathetic to the power struggles in Islamabad. The top military brass seems to be standing firm behind their leader — for now. But the situation is bound to take a nasty turn if the present stand-off drags on.

According to some political observers, Musharraf has the option of dissolving parliament if the current constitutional stalemate worsens. But with such a radical move comes a huge political cost. It would be seen as nothing less than a personal failure, which could result in his complete political isolation.