The recent mini-conference on tourism launched by the omnipresent federal minister of tourism, Nilofer Bakhtiar, in the USA proved beyond a doubt that nothing has changed for tourism in the past three decades. It is the same script with new faces. There is no ingenuity, even in the slogan chosen to market tourism: Visit Pakistan 2007. The late Zulfikar Ali Bhutto had desired that a million tourists be lured to Pakistan way back in the ’70s with the same slogan. He had hand-picked a friend, then PSO chief, the late Riaz Agha. But realistically, how could Agha be expected to deliver with only a handful of experts and a majority of sifarshis and unprofessional, untrained men and women to operate tourist information centres all over Pakistan? ZAB’s major contribution to tourism, however, came at the end of his tenure, when, in a final bid to hold to hold on to power and appease the fundamentalist lobby, alcohol was banned and Friday was declared a public holiday instead of Sunday. Welcome to the land of the pure and au revoir tourism!

While Zia-ul-Haq’s Islamisation and the Taliban insurgency proved a deterrent to tourism, year after year officials of the ministry of tourism and the PTDC participated religiously in international conferences on tourism abroad, including World Tourism Organisation conventions, the ITB (International Tourism Fair) in Berlin, the World Travel Mart in London, etc. How much such participation contributed towards boosting the tourism industry in Pakistan can be gauged by the ever-dwindling number of tourists that visited through the Zia years. And just as happened then, currently also sizeable amounts of foreign currency are being allocated for participation in tourism conferences abroad. Officials from the Ministry of Tourism and PTDC are the beneficiaries. Ministers, federal secretaries and managing directors, who would not be caught dead behind a tourist desk providing information to walk-in tourists in Pakistan, all clamour for these foreign trips. There, they will set up stalls and readily promote/sell Pakistan by doling out brochures to walk-in tourists without feeling a qualm. Clearly, this job on foreign soil is not an affront to their dignity, as they seem to think it would be at home.

Almost 60 years down the road our leaders are still struggling to understand the purpose and value of developing tourism. Tourism in Pakistan has inherited a chequered history of adhocism (there have been 10 MDs in six years) and mismanagement. This is evident from the fact that whenever a new cabinet takes over, the minister of tourism is invariably the last minister to be announced. When the more sought-after ministries have been taken away by the prevailing Prime Minister or President’s blue-eyed boys — whether it has been ZAB, Nawaz Sharif, Benazir or Pervez Musharraf — tourism is handed to one or other insignificant member of the cabinet or to those who need to be “accomodated” for political reasons or nepotistic ones.

The managing directors in the ’70s and ’80s used to be additional secretaries and federal secretaries from the Public Service Commission, but gradually that practice was discontinued and MDs from the private sector (mostly sifarishis) were appointed to these posts.

Not surprisingly then, tourism has suffered from a lack of vision at the level that matters, and an approach that has continued to erode the few institutions that were created over the years to develop its potential.

In the 21st century no one needs to be told that tourism holds the key to economic development. Spain, Turkey, the US, Nepal, Thailand, even India, among others, bear witness to a recognition of this fact.

Tourism accounts for approximately one billion dollars of earnings per day worldwide, and on average a tenth of the world’s entire work force. In the case of Pakistan, our foreign exchange earnings are much less compared even to Nepal and the Maldives in the South Asian region, let alone when compared to India or Sri Lanka. And this, despite the potential of Pakistan’s tourist attractions. 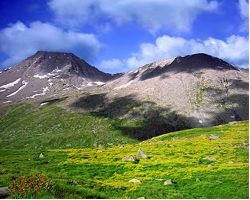 The country can boast of an unparalleled combination of history, culture and adventure. As a nation we may be young, but as a land we are ancient. From the legacies of the Indus Valley civilisation and Gandhara, to the treasures of the early Muslim and Moghul rule, our land is strewn with magnificent historical and cultural monuments. For the adventure-minded, our mountain wonderland offers four of the most exciting ranges in the world — the Karakorams, the Himalayas, the Hindukush and the Pamirs. Of the 14 peaks in the world that rise above 8000 metres, five nestle in Pakistan. Couple this with some of the most breath-taking valleys and lakes anywhere, pockets of land-locked primitive civilisations like the Kalaash in the Chitral Valley, pre-historic rock carvings in Baltistan, and the fierce tribal frontiers of the north west, and you have a unique tourist product.

When the father of one of the world’s leading wilderness photographers died, he asked in his will that his body be cremated and his ashes strewn over the most beautiful place on earth. He left the choice of such a place to his son, knowing that of all people on earth he was the best qualified to decide. And of all the breathtaking places in the world, his son chose Concordia, that which cradles the K2, the second highest peak in the world, and the only point on earth where three peaks over 8000 metres are visible, and where three of the largest glaciers outside the Arctic region meet. Concordia, of which most Pakistanis are so completely oblivious.

Combine what is on offer with Pakistan’s traditional hospitality, and it makes for a sure-win situation — or so one would imagine. But the reality is a far cry from the potential.

In his memoirs In the Line of Fire, President Pervez Musharraf confesses that “it is unfortunate that Pakistan’s image abroad has been tarnished so badly that the world associates it only with terrorism and entremism. Many people think of our society only as intolerant and regressive. However much we plead that the vast majority of Pakistan is moderate and that only a fringe element is extremist — and that our national fabric has been damaged by the turbulence to our west in Afghanistan and to our east in Kashmir, not by anything inherent within our borders and society — the message does not get across.” There can be little arguing with this assessment. However, even if one concedes that Musharraf genuinely cares about promoting a softer image of Pakistan, his government has done little by way of creating a situation conducive to the development of tourism.

The image of Pakistan that is splashed around worldwide on television screens has led to repeated US State Department and other foreign embassies advisories against travel to the country, and who can blame foreigners for wanting to stay away? The possibility of terrorist activity directed specifically against American citizens and generally against foreigners of the western variety — and even the Chinese have not been spared — is very much a fact of life. Thus, when the PM and the federal minister of Tourism chose to Launch ‘Visit Pakistan 2007’ on their trip to the USA, local American journalists remarked amid sniggers “Visit Pakistan 2007 and get shot, bombed or killed.”

Against this backdrop it is crucial that a new ‘out of the box’ approach to tourism be attempted. But both the federal ministry and the PTDC carry on in the same manner as they have for decades. Brochures and leaflets in English/French/German/Japanese/Spanish and Urdu continue to be printed in large quantities and distributed in our missions around the world. No one has ever bothered to conduct a survey on the efficacy of this material or examine how much wasteful expenditure of the tax payers money goes into this exercise. Reports from reliable sources have actually quoted instances in which large quantities of tourism folders were seen lying in the basements of our missions abroad in unpacked/untouched cartons. Furthermore, while each folder clearly states these are not for sale, some local officials have reportedly made a business of smuggling them out of tourism offices at home and selling them to small-time entrepreneurs who flog them in Karachi’s Urdu Bazaar, Khori Gardens and the like.

Some insider with deciding powers was obviously in league with the printers of these brochures, as a result of which the grammage of the paper quoted was far less than the actual grammage of the finished product. When this was pointed out to the auditors at PTDC, they shrugged it off as insignificant. This is not surprising. According to reports, some finance directors and the managers (Audit) in the ’80s and ’90s were involved in all the underhand dealing and corruption at PTDC themselves. As one insider remarked, “Who will audit the auditors?”.

Pakistani tourism has been further handicapped by the country’s social and cultural mileu which is not conducive for the development of international tourism.
The lack of development of mid-level hotel and motel accomodation in the widely scattered tourist sites has also been a hindrance in the expansion of both international and domestic tourism. Most travellers seek economical holiday packages, which are few and far between in Pakistan.

While Pakistan has the sites that could draw hordes of people, similar tourism attractions are also available in neighbouring countries in the region at far more competitive prices, and in a more relaxed and liberal atmosphere. There is a widespread impression that Muslim practices will be enforced even on foreign tourists. And while our neighbouring country’s Tourist Development Corporation representatives are present at the airport to meet and greet visitors as they step on Indian soil and later ensure transport to the hotel, facilities to welcome foreign fourists to Pakistan are few and far between.

Finally, domestic tourism is inhibited by the low level of disposable income of the majority of the population.

All is not lost, however. A well-meaning and active federal ministry and PTDC could transform the tourism scene in the country, beginning by putting their own house in order and appointing professionals — say presentable young MBAs, from the corporate sector — to run tourism information centres and by mapping out what can realistically be done and then implementing what has been identified on a priority basis. But unless there is a complete shake-down from top to bottom in the organisations that govern tourism, for starters, and in the socio-cultural set-up — even if one brick at a time — Pakistan’s rich tourist attractions will remain a bleak and unwelcoming wasteland.