Jamil Dehlavi — fiercely independent filmmaker, fully qualified lawyer, musician and artist, something of an enigma. Ironically, a private man in a very public profession, he has managed to retain the mystery of his persona through the years. Born to a Pakistani Pathan father and a French mother, he grew up between Europe and Pakistan. Fluent in five languages, he feels emotionally most connected to Karachi. He lives in a converted chapel with his wife and son in London, has an art gallery in Paris, and is now planning to make a home in Karachi.

One is struck by his good looks, his soft-spoken manner and a rather low key air of aristocracy which verges on vulnerability — till you find the immoveable centre! He has displayed a tenacious commitment to his beliefs, and his career history shows him digging his heels in and maintaining his position, however controversial.

He was in Pakistan for the screening of Infinite Justice at the KaraFilm Festival, and this, his most recent film speaks volumes about where he is today. 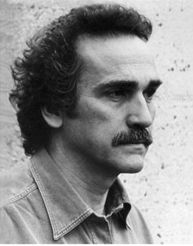 Q: About Infinite Justice, why did you choose such an explosive topic?

A: My objective was to explore the roots of this so-called terrorism. Young men and women don’t just strap dynamite around their waists and blow themselves up for the hell of it. It’s easy to label people as terrorists, but one has to understand that they are also human beings. Whatever they do is for a reason, a deep-seated reason, and if one doesn’t address their grievances, the world will become an even more dangerous place.

My initial response when I saw the first images of 9/11 on TV was, “It serves them right”, and I said this out loud. Quite a few people were shocked by that remark, so I qualified it by saying that it was not that I wanted innocent people killed, but I felt that it was a reaction to American foreign policy which was long overdue.

If I were to summarise the message of my film, it would be in the words of Kamal, one of the characters in the film. “If you want to make peace, don’t talk to your friends, talk to your enemies.”

Q: Who financed this film?

A: It was very difficult to raise money for this subject matter. In fact, two financiers who came on board let me down at the last minute and I decided to produce it myself with a little help from American Express. Of course I lost all my credit cards in the process! The shooting took a long time because I kept running out of money; in fact I finished the shoot a year-and-a-half later as it was done in bits and pieces.

Q: You have lived most of your life in Europe, yet many of your films are based in Pakistan. How do you explain this?

A: I have a very strong attachment to Pakistan. First and foremost I am a Pakistani and I consider Karachi my home town. As a child I spent some formative years here and studied at Grammar School. My father was from the generation that was part of the founding of Pakistan and I grew up in an atmosphere of intense nationalism which has remained with me.

Q: Of all your films, which one has given you the most satisfaction and why?

A: Immaculate Conception. When I saw it again at the KaraFilm festival, I rather enjoyed watching it. It’s an interesting canvas on Pakistan, it has pathos, humour, and good performances. It was the first time it was being seen in a cinema by a Pakistani audience and I was agreeably surprised to find them connecting so well with it. Although I shot the film in 1990, it didn’t feel dated and is as relevant today.

Q: A lawyer and a filmmaker — how did this happen?

A: I studied Law at Oxford where I received a Master’s degree in Jurisprudence and then I was called to the Bar in London at Lincoln’s Inn. But it was not a subject that interested me particularly; it was more parental pressure that led me to do it. Film had always interested me as it is a combination of all the arts, so I went to New York to study film at Columbia University where I obtained a Masters of Fine Arts in Cinematography and then started making films.

Q: Is it true that you live in a converted chapel in London?

A: Twenty years ago I discovered this derelict chapel in Camden Town which was for sale. It was a Victorian Gothic chapel built in the mid-1800s, hidden behind a row of almshouses. I immediately saw the potential and bought it for next to nothing. It was in really bad condition but I managed to convert it into a very comfortable home.

Q: You also have a home / art gallery in the heart of Paris on Rue La Fayette. Will you be exhibiting any Pakistani art?

Q: Could you shed some light on the Jinnah controversy.

A: The first problem with the Jinnah project was that Akbar Ahmed‘s agenda was to promote himself. He should have behaved like the godfather of the project, surrounded himself with creative people and given them the credit they deserved instead of trying to steal the limelight.

The second problem was the controversy generated in the press, which resulted in the Pakistan government withdrawing their funding. Because of the shortfall in the budget, my company which was producing the film was obliged to complete the shoot to avoid the collapse of the film.

When we returned to England, Akbar refused to acknowledge the debts I had incurred on behalf of the production and wanted to offload me. This financial dispute was resolved when a group of American Pakistanis, spearheaded by Naseem Ashraf, agreed to finance the completion of the film and guaranteed to pay the money owed to me in instalments.

I then took the film to New York where I completed the editing. My last payment of 50,000 pounds was due on delivery of the film. This instalment was not paid by Akbar Ahmed and I began legal proceedings against his company in the High Court in England which cost me at least 60,000 pounds. I won the case, but Akbar Ahmed’s company went into liquidation and I was unable to recover any money.

Akbar Ahmed was appointed High Commissioner to London and began issuing statements through his press section that I was part of an Indian conspiracy. My reaction was to expose his fraudulent activities in the British press. A battle of words began between us, resulting in his being sacked as High Commissioner.

I then approached Naseem Ashraf who had guaranteed payment of the monies owed to me. Many promises were made by him and his colleagues, but to date I have not been paid. I was not only exploited by Akbar Ahmed, but also by the American Pakistanis.

Unfortunately, all those who controlled the film at various stages thought that they had become film producers overnight. As a result Jinnah never secured a proper international release and is sitting on a shelf somewhere collecting dust.

Q: Do you feel Kara will bring some new life to our film industry or will it just cater to the elite and become a platform for alternate cinema?

A: I think it will become a platform for independent filmmakers and might also inspire commercial cinema. If there could be an amalgam of both it would be good. In any case, it’s great to have a film festival in Karachi which encourages a different kind of filmmaking.