“The province continues to be used for its strategic utility as a buffer zone,” 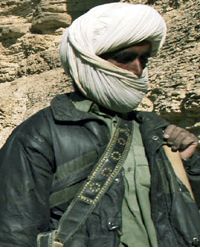 Q: How do you see the current situation in Balochistan?

A: The average citizen of the province feels that he has been neglected and has lost hope. He knows that it can’t get worse than this. From the point of view of the citizen, there are hardly any avenues for a better lifestyle. There are no employment opportunities. The province remains underdeveloped with mobile phones not working outside of Quetta, a large number of villages are without electricity and there is a US presence on the ground. In short, the province continues to be used for its strategic utility as a buffer zone.

Q: Isn’t the government addressing all these issues? Jobs and development projects have been announced…

A: These are peanuts. Prime Minister Shaukat Aziz’s announcement of 30,000 jobs for the people, etc is all a drama… a case of history repeating itself. When the Saindak project started, we the educated youth were excited. We thought this was our ticket to a better future. As a political activist of the Baloch Students Organisation (BSO) I went as part of a delegation and met a tribal leader that was opposing the project. We told him that this was development and that his opposition was against the interest of our people. The tribal leader declared that these projects provided only daily wages. He was right. A short while later, 1,200 of us were kicked out of the project.

The government maintains that there is no problem in Balochistan. It contends that apart from the areas under the late Nawab, Mengal and Marri, the rest of the province is calm. If that is true, then what is the state of development in the areas where there is no problem? In the areas where the tribal chiefs support the government, do the citizens enjoy a better quality of life than the Bugti, Mengal and Marri areas?

Q: What is the Balochistan Liberation Army and what are their demands?

A: The BLA exists. It is organised. We are trained in Afghanistan and are educated. One of our commanders is a Ph.D., the other an engineer and graduate of the University of Engineering and Technology. These are the people who are continuing this struggle in their own way. If you see our cadres, most of us are educated, some even former public servants. Some of them, like myself, were also political activists, but we have now given up on political settlements. We’ve lost hope in the political process.

As a political activist, my leaders and myself used to warn the centre of growing resentment within the province, but at that time we were ignored. Now the centre is paying the price for ignoring us.

Nationalist leaders tried political negotiation… committees and sub-committees, peaceful protest and parliamentary speeches. But it doesn’t work. The centre is not willing to listen. We throw one rocket launcher and immediately get attention.

Q: What is the BLA’s message to the federal government, if any?

A: Don’t teach us politics and [preach] peaceful coexistence. Instead of giving us lectures on how Pathans and the Baloch should live together, address the real issue of provincial autonomy. Pathans, Baloch, etc., are not the problem. This struggle is being waged by educated people who have lost hope.