Over a hundred people gathered last month at a mosque in the small village of Mahmoudabad, a mile from the Afghan border, in the Chaman district of Balochistan. They were there to pray for the soul of a local boy killed in battle with coalition forces near Kandahar.

“He was a soldier of Islam who laid down his life fighting the infidels,” a bearded and black-turbanned Taliban commander said.

Abdul Baqi, 24, a local madrassah student, had joined the Taliban insurgents last month as fighting intensified in Afghanistan. He was killed during an attack by American jets on a Taliban stronghold in Janjawi district, Kandahar. “We are proud of him,” says Abdul Qadir, his older brother.

Across the Chaman district, hundreds have crossed the border to participate in the fighting since the madrassahs closed for the summer. Baqi was not the only Pakistani volunteer killed in the recent fighting in southern Afghanistan. Azizullah, a religious student from Qila Abdullah, died in Helmand province, another Taliban stronghold. His grave has been turned into a shrine with a stream of people coming to pay their homage to the young “martyr.”

Maulana Abdul Ghani, a 75-year-old cleric who heads the Al Jamia Islamia, one of Chaman’s largest madrassahs, said the students had gone to fight in Afghanistan of their own will. “The situation is fast changing in Afghanistan in favour of the Taliban,” he says. ” There is no dearth of people willing to join the fighting. The fear of American military might has vanished.”

Most of the madrassahs are run by clerics like Maulana Ghani who is a top leader of the Jamiat Ulema-e-Islam, the major partner in the coalition government in Balochistan. Thousands of Afghan students are also enrolled in those schools from where the Taliban movement initially emerged in 1994. The same madrassahs have now become the main recruiting centre for the insurgents fighting the US-led coalition forces. A large number of Afghans who had taken refuge in the area are also going back to join the fighting. 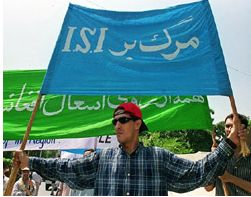 The dusty border town of Chaman has become a base of Taliban activities and many of their commanders are thought to have been operating from the area. After being routed in December 2001, the Taliban had found safe sanctuary in Balochistan and the North West Frontier Province. They were backed by the MMA, which came to power in these two key provinces. There they set up training camps and developed a major logistic hub.

The insurgents can move freely across the long and porous border. According to a source close to the Taliban, the guerrillas started crossing into Afghanistan some two months ago, ostensibly for the poppy harvest.” It was all planned for the spring offensive,” he says.

Five years after the ouster of the Taliban regime, the American-led coalition forces are facing the most intense resistance from the resurgent Islamic rebels. More than 400 Afghans and 34 coalition soldiers have been killed in the unprecedented offensive by Taliban insurgents. This is the highest number of casualties suffered by the coalition troops since December 2001.

The rebels, who are now more organised and better equipped, control as many as 20 districts in Kandahar, Uruzgan, Zabul and Helmand provinces, where NATO forces have replaced US troops. Some 9,000 troops from Britain, Canada, Holland and other NATO countries are being deployed in those provinces and their number will increase to 18,000. NATO officials say their troops are there for reconstruction work and not combat duty, but they are already engaged in clashes with the Taliban guerrillas in many places. 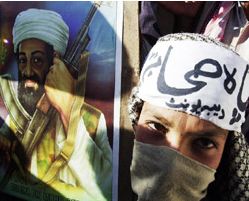 Many government officials in the region are closet Taliban supporters. They may be doing government jobs in the day time, but turn Taliban after dusk. According to Taliban officials, they are getting increasing support from Afghans. “Each incident of bombing by the American jets killing innocent people adds to our support,” says a Taliban fighter who just returned from the front. “People are more willing to give us shelter and food.” The public outrage was palpable following the killing of some dozen civilians by US air bombings near Kandahar.

The number of Taliban guerrillas has grown significantly this year. Mullah Dadullah, the chief commander of the Taliban in southern Afghanistan, claims to have 12,000 men under arms. The Kabul administration last month claimed to have captured the one-legged deputy to Taliban supreme leader Mullah Omar. However, Dadullah, who has been spotted in Chaman many times in the past, called journalists by satellite phone to contradict the report.

The increase in their support base has made the Taliban much bolder. Instead of hit-and-run guerrilla attacks, they now regularly engage Afghan government and coalition forces in pitched battles. Scores of rebel fighters recently overran a town in central Uruzgan province and seized the local police station and district headquarters. The insurgents regularly resort to suicide bombing to cause extensive damage.

According to a Taliban official, more than 600 volunteers were being trained for such attacks. “Suicide attacks are our most effective weapon against the coalition forces,” says Samiul Haq, a Taliban fighter who recently returned from Afghanistan. He says hundreds are prepared and waiting for their turn to take part in such attacks. More Afghans and allied soldiers are also being killed by Improvised Explosive Devices (IED) planted by the insurgents on the roadside. Samiul Haq says the fighters returning from Iraq have helped in using the IED more effectively.

There seems to be no shortage of funding and weapons for the Taliban. They are receiving money not only from their sympathisers among the Pakistani Islamic groups but also from private Saudi sources. “We are also using weapons seized from the Afghan and coalition forces,” says Haq.

The Pakistani authorities deny they are using Pakistani territory as a base, but senior Taliban commanders admit that they receive indirect support from local officials. “We cannot fight for long without support from our sympathisers in the local administration,” says Samiul Haq, who predicts an escalation in the fighting in Afghanistan in coming months. 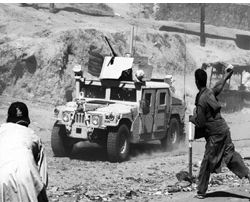 Most observers agree that the current Taliban resurgence reflects the failure of policies adopted by the coalition and President Hamid Karzai’s Afghan government. There has been little improvement in the life of the common Afghan over the last four years. Most of southern Afghanistan is ruled by the same warlords who were responsible for the tragedy of Afghanistan. They have been propped up by the American forces to fight the Taliban, but they are feared and hated even more than the Taliban by Afghans.

The strife-torn country has once again become a narco state, producing almost 90 per cent of the world’s heroin. US forces look the other way, as the drug trafficking involves some of their key allies. Many top government officials are said to be involved and part of the drug money is going into financing the Taliban insurgency. Despite promises by the international community, Afghanistan has received far less funds for reconstruction than national rebuilding efforts elsewhere. All that has fuelled huge resentment, particularly in the Pashtun areas.

It was not surprising that a deadly traffic accident in Kabul caused by a United States military convoy on May 28 instantly turned into widespread anti-American riots, leaving more than a dozen Afghans dead. The violence, the worst of its kind since the Taliban were driven from power, exposed the latent resentment against the American presence.

The current situation in Afghanistan provides a very conducive environment for the Taliban and other rebel groups fighting the coalition forces. The war in Afghanistan has already extended to the Pakistan border areas inhabited by Pashtuns. The escalating insurgency has given a huge boost to pro-Taliban elements in areas already controlled by the Islamic parties. The rise in the Taliban-like movement in Waziristan and its spillover effect in the settled areas of the North West Frontier Province and northern Balochistan is largely influenced by the situation in Afghanistan. The second coming of the Taliban and its fallout on Pakistan now present a grave threat to the security of the region.