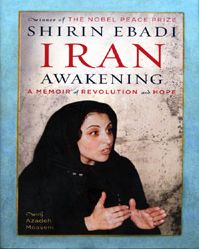 Imagine waking up one morning and discovering that the whole justice system has been overhauled — without warning, discussion or public input. But this is not just the justice system that is meant to protect you, it is the system you have studied and dedicated your life to uphold. Imagine losing your job because of your gender. Then imagine watching every day as hundreds of your country’s soldiers die in a brutal war over oil. Imagine standing in line all day for a bag of flour. Now imagine seeing your friends flee the country one by one and watching the friends and colleagues that stayed back die in freak accidents and grisly night-time murders. Then imagine morality police harassing you for trying to take an overnight skiing trip with your children because they say you need your parent’s permission — but you are 45 years old. Imagine defending the rights of slain girls, men and women only to see the government do everything in their power to protect the murderers. Imagine being kicked out of court because your logic and facts proved the presiding clerics wrong. And finally, imagine that while analysing documents in the defence of a client you discover that your name was next on a government hit list — the government wanted you dead.

If you can imagine this, then you start, but only start, to get a sense of the incredible life of Shirin Ebadi. In Iran Awakening, we are treated to her fascinating and frightening life story that takes shape because of fanaticism. At work is not only the fanaticism of a repressive government that creates these trying situations, but the fanaticism of one woman that takes form in her refusal to give up on democracy, justice and the country she so desperately loves.

Shirin Ebadi is a hero in Iran. She is also hated and receives death threats. But after 23 years of railing against an oppressive Islamic revolutionary regime, the lawyer, writer and human rights activist won the Nobel Peace Prize in 2003. Her book, “a personal recollection of numerous cases and events,” vividly highlights how Iran’s amazing twentieth century history — the 1953 CIA-backed coup d’Ã©tat that ousted democratically elected Prime Minister Mohammad Mossadegh, the opulent reign of the Shah, the 1979 revolution, the American hostage incident, the repressive years under Ayatollah Khomeini, the Iran-Iraq war and the beginning of reforms in the 1990s — has not only affected her life but steered the very direction of it. Of course, she refuses to let her world be taken hostage without a fight. The result is a powerful and tumultuous David-and-Goliath story filled with government censorship, protests, firing squads, wartime air raids, shadowy interrogators, courtroom drama, prison cell minutiae and heroic airport welcomes that make it feel like a Hollywood tall tale.

Written with Iranian-American journalist Azadeh Moaveni, the book has a smooth, narrative style and glides through Ebadi’s happy childhood memories to the dark days of her adulthood, on towards her redemption on the world stage. Indeed, politics colour her stories, but this is not a book filled with political analysis. Iran’s headline-grabbing, violent and oppressive politics over the last half century ebb and flow between background and foreground, sometimes setting the scene but just as often playing the role of antagonist.

Ebadi’s political life is somewhat surprising. After Mossadegh’s ouster in 1953, when Ebadi was just six years old, her father was also sidelined after rising to deputy minister of agriculture. “He languished in lower posts,” writes Ebadi, and his resulting disillusionment turned his home into “an irredeemably politics-free zone.” Daddy’s efforts to shield his family from politics was, in the end, only wishful thinking, for life in Iran would become so politically charged that no one could escape the shocks.

Ironically, Ebadi’s father also created a household in 1950s Tehran where boys and girls were equal and where independence was nurtured. Thus, he helped form his daughter’s character and outlook that fuels her drive to fight oppression and injustice.

At the young age of 23, Shirin Ebadi became a judge. The seventies had just started and the Shah still ruled. The revolutionary movement was gaining momentum. Ebadi backed the revolution wholeheartedly, like many Iranians, believing a freer, more democratic Iran was to come. The day the revolution succeeded, writes Ebadi, “a feeling of pride washed over me that in hindsight makes me laugh. I felt that I had won, alongside this victorious revolution. It took scarcely a month for me to realize that, in fact, I had willingly and enthusiastically participated in my own demise. I was a woman, and this revolution’s victory demanded my defeat.

The book swiftly and poignantly moves through the turmoil that turned Iran and her own life inside out. She lost her judgeship and male juniors were suddenly made her bosses. “In a cruel bureaucratic shuffle, I was appointed secretary of the same court I had once presided over as judge.” We travel with her back through some very dark days as she gives up law and then returns to it to fight as a lawyer, mother, daughter, wife, Iranian and woman to regain basic human rights for her fellow citizens.

At times, though, Ebadi comes across as righteous. She boils over at every action of the Ayatollah’s regime, screams her own inflexible idealism and paints herself as a supermom and superwife too. Her idealism even seems a bit naive. After her brother-in-law is killed in prison she wonders if she should have helped him escape when they had a chance-even after realising that someone else in the family would have eventually paid with their life.

Ebadi writes that her goal in penning her first book aimed for a western audience was to “make a contribution to the accelerated debate about Islam and the West, and reach a wide audience.” There’s no doubt her memoirs will find readers and get people talking. Ebadi’s story is so deeply moving that it goes beyond lingering in the conscience and seeps into the soul. It’s emotional, eye-opening, entertaining and inspirational.

It’s only a matter a time before someone snaps up the movie rights to this winner.