According to official statistics, minorities in Pakistan make up a little over three percent of the total population with around 2.78 million non-Muslim voters in the country. Although the number is relatively small in view of the entire population, it is still significant, given that the various minority groups vote collectively for a specific party or candidate. According to official statistics, 13 districts in Sindh and two in Punjab have a significant presence of non-Muslim voters.

In the provincial assemblies, Punjab currently has 8 reserved minority seats out of 371; Sindh has 9 out of 168; Khyber Pakhtunkhwa has 3 out of 124; Balochistan has 3 out of 65.

The ‘minority’ label legally encompasses all those who do not belong to the Muslim faith: Hindus, Christians, Zoroastrians, Sikhs, Buddhists and other religious groups. Ahmadis, too, fall under the category of minority since the Second Amendment in the Constitution declaring them as non-Muslims in 1974.

Up until the amendments to the 1973 Constitution under Bhutto, and General Zia-ul-Haq’s introduction of a system of separate electorates in 1985, all national and provincial assemblies were elected under a joint electorate system.
In 2002, General Pervez Musharraf reintroduced the joint electorate system, thereby allowing minorities to vote in the mainstream national and provincial elections. In addition, 10 seats were also reserved for minorities in the National Assembly. However, minority groups had no say in choosing their own representatives for the reserved seats, as these were to be selected by the winning political parties in proportion to the number of their seats.
While the bulk of the minority communities, consisting of mainly lower-income Christians in Punjab and Hindus in Sindh, view democracy and joint electorates as the way forward, Musharraf’s joint electorate system, which is still in effect today, has been met with some criticism.

There are some within the minority community who feel that the separate electorates system was better since all religious communities were proportionally represented, which is not the case anymore. Currently, eight of the 10 seats in the NA are occupied by Hindus and only two by Christians, although the two communities are near equal in terms of actual population. Added to this is the fact that many of the problems in dealing with minority representation in Parliament arise from flawed and outdated census data that hasn’t been updated since 1998. Minority groups complain that the population is often estimated as being lower than it actually is, thus not allowing for proportional representation.

Many, if not most, community members also express dissatisfaction regarding their representatives in Parliament, who simply toe the party line and echo their leaders’ sentiments rather than voice the grievances of the community.
A further complaint is that while the number of seats in the National Assembly have been increased from 207 to 342, the seats reserved for minorities have remained the same since 2002.

Given all these problems, the fact that minorities have been able to secure four (out of 104) representatives in the Senate for the first time in Pakistan’s history, is more of a cosmetic than substantial achievement. 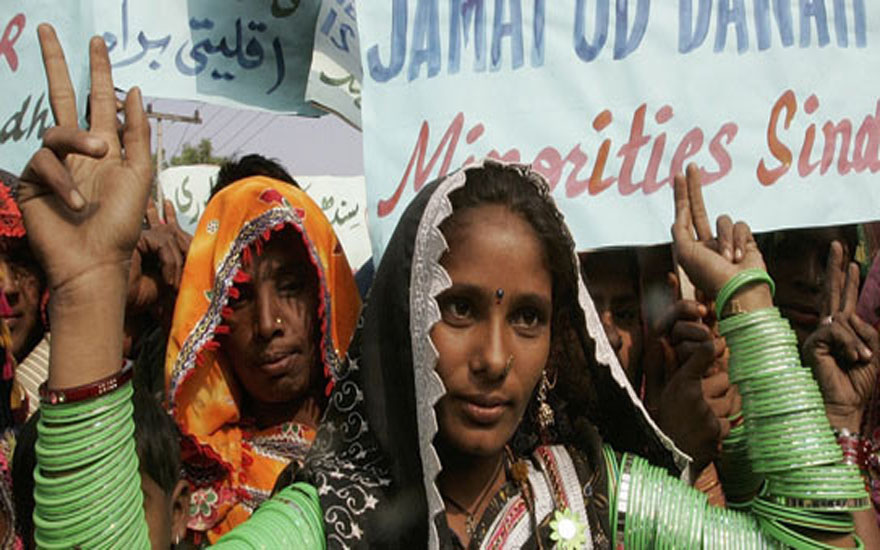 Kanjee Rano Bheel, an advocate of the Sindh High Court from Mirpurkhas, maintains that the majority of the Hindu voters — despite the poor performance of the PPP and its inability to protect the Hindu community against kidnappings and forced conversions — will continue to vote for it.

Hindus constitute the highest number of minorities’ votes in the country with 1.4 million registered voters. Hindus, along with most other Sindhis, have traditionally always voted for the PPP. The Hindu vote in Sindh is an important one as they are a significant percentage of the population in many constituencies. In Umerkot, the non-Muslim (by and large Hindu) population amounts to about 49% of the total vote, and in the Tharparkar district around 46%. Mirpurkhas, Tando Allahyar, Badin, Sanghar, Tando Mohammad Khan, Matiari, Karachi, Ghotki and Hyderabad areas also have significant number of Hindu voters.

Kanjee Rano Bheel, an advocate of the Sindh High Court from Mirpurkhas, maintains that the majority of the Hindu voters — despite the poor performance of the PPP and its inability to protect the Hindu community against kidnappings and forced conversions — will continue to vote for it. “It’s still a more liberal party that doesn’t campaign on the basis of religion, and we feel a sense of protection.” He added that while party representatives will help out with small matters, they have no interest in taking on more serious issues, unless their party leaders take the initiative.

The problem is heightened by the fact that there is severe caste-based discrimination within the Hindu community. Bheel commented that while 90% of Hindus belong to the Scheduled Castes (lower castes), they are ruled over by the Hindu Jati (upper castes) who make up about 10% of the population. According to Bheel, “the Hindu elite is often more tyrannical than the Muslims.” They are given their position because of their wealth or personal connections, rather than on the basis of merit.
Bheel observes a lack of interest and lack of mobilisation within the community for the upcoming elections. This is due to a general disillusionment with the electoral process and leadership, and because the polling stations are often too far away from their homes for them to bother. 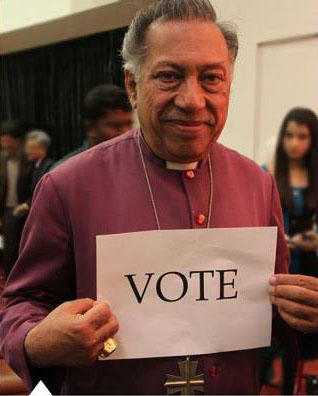 According to the Election Commission of Pakistan, there are 1.24 million Christian voters in the country, mainly residing in Punjab. Whereas the Christian community in Lahore supported Minhaj-ul-Quran’s Dr Tahirul Qadri (then contesting on behalf of the Pakistan Awami Tehreek party) in 2002 and was split between the PPP and Pakistan Muslim League-N in 2008, the majority of the Christian votes are predicted to go in favour of the arrow this time round. Given the dismal record of the PPP in the last five years and its failure to protect minority rights, one would have expected that, like much of the rest of the country, the PPP’s popularity would have diminished with Christians as well. But this does not seem to be the case.

In the past, even if PPP lacked the will, they were fearless in their rhetoric. Today, even that rhetoric is missing. When Shahbaz Bhatti, then PPP Interfaith Minister sought amendments to the blasphemy laws that are often used to target Christians, no one other than Sherry Rahman and Salman Taseer spoke in support of their comrade. Bhatti was gunned down, so was Taseer (a month prior to Bhatti) and Sherry Rehman was confined to her house for a month and the blasphemy charges levelled against her still hang like a Sword of Damocles over her head. What’s more we witnessed prominent PPP members such as Rehman Malik and Babar Awan making irresponsible statements about personally killing anyone who uttered blasphemous remarks.

PPP’s former MPA, Pervez Rafique, asserts that the Christian vote bank is geared towards the PPP in 2013. This may just be the case as, despite whatever shortcomings PPP may have, it is still perceived to be comparatively more liberal and accepting of marginalised people. Christians from the lower income group and rural Punjab have stated that they will be supporting the PPP. However, the PML-N can still win over the urban, middle class Christian vote by offering economic incentives and job opportunities.

Prominent lawyer Faisal Siddiqi remarked that in Pakistan “there are two types of minorities: non-Muslims and those whom the Muslims consider non-Muslims.” 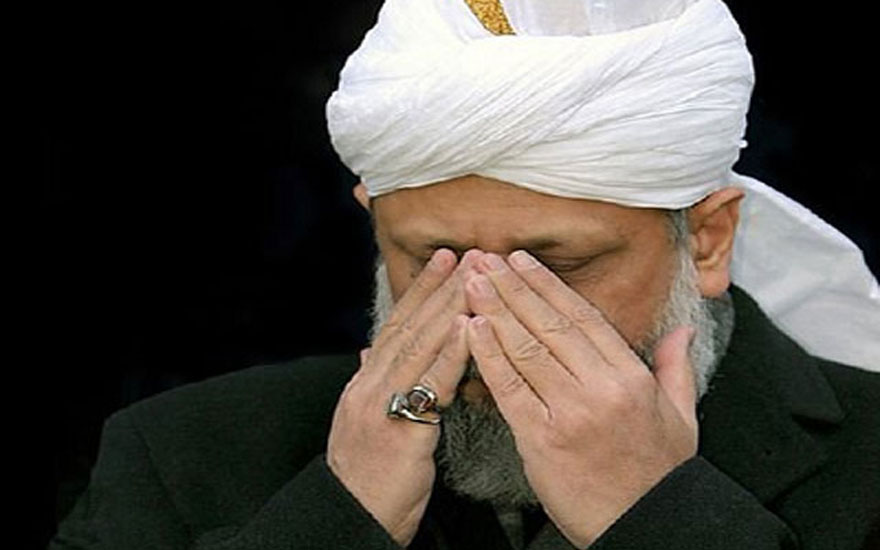 Recently, in reply to a question posed by a Tehreek-e-Insaf member in the UK to Mirza Masroor Ahmad, the spiritual head of the Ahmaddiya community, as to which party he would be voting for in the coming elections, Masroor responded: “In the 70s, we voted for Bhutto. In turn, Bhutto declared us heretics.”

He was obviously referring to the Ahmadis, who were declared non-Muslims, surprisingly by Bhutto, under pressure from the religious groups. And that was the beginning of their tale of religious persecution.
Recently, in reply to a question posed by a Tehreek-e-Insaf member in the UK to Mirza Masroor Ahmad, the spiritual head of the Ahmaddiya community, as to which party he would support in the comings elections, Masroor responded: “In the 70s, we voted for Bhutto. In turn, Bhutto declared us heretics.” Because they are opposed to being categorised as non-Muslim, Ahmadis have by and large boycotted the elections since 1985 when Zia-ul-Haq added the 8th Amendment to the 1973 Constitution, whereby anyone who claims to be Muslim has to sign a certificate of faith that refers to the founder of Ahmadiyyat as an imposter.

On June 17, 2002, General Pervez Musharraf, who was often accused of being a ‘Qadiani’ by his detractors, passed the Executive Order 15, which introduced Articles 7B and 7C into the Conduct of General Elections Order. That order, which still exists, necessitates that any voter who refuses to sign a declaration of faith stating that the Prophet Muhammad (pbuh) was the last of the prophets, would be labeled non-Muslim. And his name will be bumped off the joint electoral rolls.

So, it is not that the Ahmadis do not want to vote, rather they cannot vote without renouncing some of their core beliefs. This open act of discrimination bars an entire demographic — some studies claim that 2-5 million Ahmadis reside in Pakistan — from the political process and contradicts some of the principles of the original Constitution that guarantee freedom of religion and association.

Furthermore, election registration forms in the 2008 elections required voters to give their religion and addresses.

Ahmadis refused to fill these for fear of being attacked. And the fear is not unfounded.