Despite most mainstream political parties championing equality and empowerment of women, there has been no significant increase in the number of women participating in electioneering since the past two elections of 2002 and 2008 — both in terms of women contesting elections as well as women voters. Since women constitute around half of the country’s population, this significant underrepresentation of women in the electoral process is worrisome.

According to the Free and Fair Election Network (FAFEN), an organisation that monitors elections, there are ten million women that are not even registered as voters in the upcoming elections on May 11. The most common reason for women not being registered is the fact that they don’t have the proper documentation needed to obtain National Identity Cards (NICs) which, in turn, are essential for registration as voters. Of those that are registered, a sizeable number will be prevented from voting by an amalgamation of various factors, as has happened in the past. Statistics provided by FAFEN indicate that women were barred from voting at 564 of the country’s 64,176 polling stations in the 2008 elections. These factors include tribal customs which prohibit women from voting, inaccessibility of polling stations, and lack of male family members to accompany women to the polling stations. Collusions and tacit agreements between political parties also often prevent women from casting their votes. In some constituencies in Balochistan and Khyber-Pakhtunkhwa, in order to restrain women from casting votes, local police was asked for help and polling was stopped. In many parts of Khyber-Pakhtunkhwa, political parties believe that it would be easier to poll bogus votes at women polling stations.

The Election Commission of Pakistan (ECP) has maintained that they will ensure that women are not barred from voting in any constituency in the upcoming elections. To that end, it has declared that voting results of any constituency which show less than 10 percent of women having voted would be considered invalid and there would be re-polling in that constituency. When the ECP presented this rule to political parties, every single one of them, the religious as well as the supposedly secular ones, rejected it, deeming it unnecessary to make efforts to ensure even a 10 percent women voter turnout. Nonetheless, it would seem that this time it would be difficult for political parties to stop women from voting because all of them, including religious parties, have agreed that women should vote. Even in places like Malakand, where women have never voted before, religious parties have agreed to bring women to polling stations. There have also been an increased number of polling stations for women.

Organisations such as FAFEN and the National Commission on the Status of Women (NCSW) have put forth recommendations to the election commission about how increased female participation can be ensured. Among these recommendations include having trained female personnel to manage women polling stations and making new polling stations be open to both male and female voters. It remains to be seen whether these recommendations will be implemented, or whether the election commission will actually go through with their rule of rejecting results with less than 10 percent female votes. 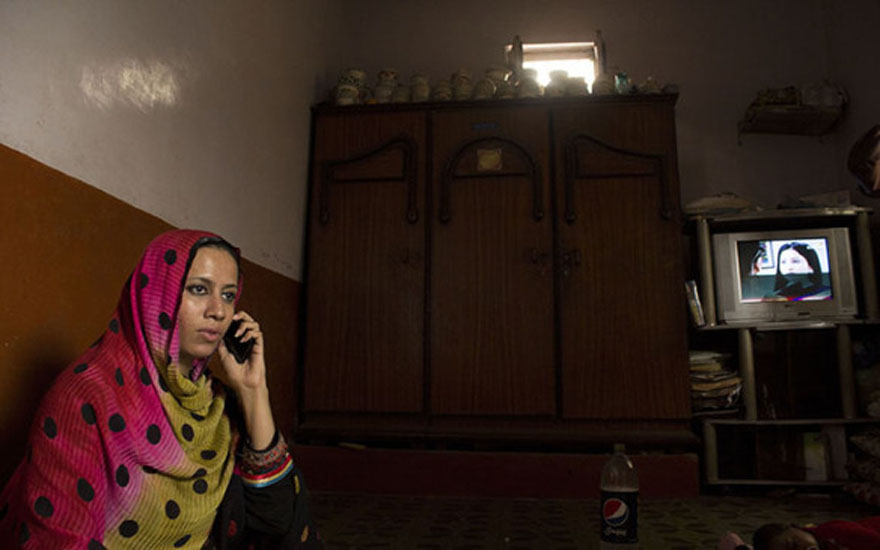 If the state of women voters is so abysmal, it is unsurprising that women form a tiny part of the candidates contesting election. According to FAFEN, women constitute only 3.94% of the 4,108 candidates who submitted nomination forms for the upcoming elections. Out of these 162 candidates, 67% are from Punjab, 19% from Sindh, 0.1% from Khyber-Pakhtunkhwa, 0.03% from Islamabad Capital Territory and 0.01% from Balochistan. According to a report by the Women and Politics in Asia Forum (WPAF), the involvement of women in political activities is more socially acceptable because  here, due to an agricultural economy where both men and women are active participants, communal interaction at the social and political level between both is relatively acceptable.

Pakistan People’s Party (PPP) has the highest number of women candidates in general seats in the National Assembly (11), followed by PML-N (7) and MQM (7). PML-Q and PTI have awarded only four party tickets each to women, while Jamiat Ulema-i-Islam-Fazl (JUI-F) and Jamaat-i-Islami (JI) have, as usual, awarded no party tickets to women candidates.

While it is true that most women candidates contesting elections on party tickets belong to elite political families, these elections have seen a variety in the backgrounds of women candidates. Take, for example, Veero Kohli. Not only is she the first Hindu woman to contest elections in Pakistan, she is also a former bonded labourer — equivalent to modern-day serfdom. Having escaped the feudal landowner around 20 years ago, Veero has since then helped other bonded labourers fight for their freedom. On top of her election agenda is to end bonded labour everywhere — an illegal but widely prevalent form of serfdom where entire families are forced to work in deplorable conditions to pay off debts to the landowners. As she has no backing from any political party (she is running as an independent candidate from Hyderabad), the chances of her winning may be slim, but just the fact that she is contesting the elections gives her supporters hope for a more progressive future.

Another similar candidate is Nusrat Begum, who is the first woman in the Lower Dir district to ever contest elections. Nusrat Begum, who was the district vice president of Pakistan Tehreek-e-Insaaf, is also running as an independent candidate since the PTI awarded the party ticket to another candidate. She says that if elected, she would work to provide basic amenities to the people of her region, something which previous constituents from her region always failed to do. 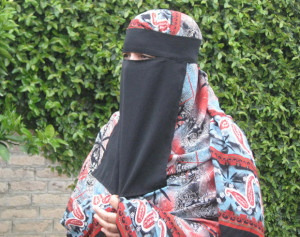 Badam Zari, another tribeswoman from the Bajaur Agency, is also contesting elections as an independent candidate. She wants to become a powerful voice to the women of tribal areas, whose issues and concerns, she argues, are largely ignored by lawmakers. Education is Badam Zari’s top priority, as she experienced much social ostracisation as a child when she used to go to school. She wants to protect the young girls of her area from the same fate and wishes to make education for women widespread. For both these women, contesting elections is a considerable risk, in an area that is largely against the participation of women in political activities. However, both reiterate that they have the support of not only the women of their area, but also men as well as tribal elders.

Born and raised in Lyari, 26-year-old Saniya Naz, a PPP candidate, is also an anomaly as she belongs to the working class cadre of the PPP, a class which used to be ignored by the PPP top cadre who handpicked party candidates. The only one of her siblings to get an education, and the youngest of PPP workers vying for the party ticket, Saniya wants to further development work in Lyari and change the way the area is perceived by others in Karachi.

Even though the number of women candidates may be small, the fact that women are gaining courage to contest elections from areas which are particularly oppressive to women is a refreshing change and might be a symbol for a brighter future to women in Pakistan.

This article was originally published in Newsline’s May 2013 issue under the headline, “Yes, She Can.”