The run up to the elections has witnessed a series of events aimed at derailing the election process and intimidating both voters and candidates in Balochistan. As a result, electioneering has lost momentum, there are few public meetings and people tend to head for their homes before dusk, fearing for their safety.

The April 16 attack on PML(N) provincial President Sanaullah Zehri’s cavalcade at Injera in Khuzdar district was severe enough to cast a cloud of doubt about the holding of elections in the province. However, the government declared its resolve to hold the elections at any cost by deploying security forces.

“I was punished for supporting Pakistan, and foreign agents posing as nationalists are behind the attack,” declared Sardar Sana after the incident. In an FIR, he nominated his uncle, Mir Amanullah Zehri, and his sons for the attack. The elderly Nawab Khair Bakhsh Marri, his son Harbiyar Marri, Sardar Attaullah Mengal, his sons Sardar Akhtar Mengal and Mir Jawed Mengal were singled out for abetment. Sardar Sana and Amanullah Zehri have been locked in a blood feud for a few years over the murder of Amanullah Zehri’s son, Riaz.

“By nominating these Baloch leaders, Sardar Sana has gone on the warpath and indicated that he will go to any lengths to take revenge,” said a political observer. He added that the turn of events may turn the already troubled Khuzdar area into a battlefield. Government agencies have raised a militant group named Musallah Difa Tanzeem, led by Shafiq Mengal, against the insurgents.

As many as 18 incidents of rocket, hand grenade and bomb attacks took place in just the second half of April in different parts of Balochistan, targeting Election Commission regional offices, election rallies, processions and the homes of candidates, killing one person and injuring scores of others.

On April 21, there was a bomb blast in Turbat outside the house of Dr Malik Baloch, central President of the National Party. Luckily, damage was limited to vehicles parked in the vicinity. The following day, there was a bomb attack in Punjgoor on the cavalcade of former minister and BNP (Awami) nominee, Mir Asadullah Baloch.

On April 24, a series of blasts in different parts of Quetta, injured four persons. The following day, there were four bomb blasts in Quetta while in Noshki a hand grenade attack at the election office of PPP candidate and former federal minister, Sardar Umar Gorgach, killed one person and injured another. On April 26 there was a rocket attack in Bolan, followed by a remote-controlled blast targeting the caravan of JUI candidate Mohammad Hashim Shahwani, injuring five persons

Baloch militant organisations have openly threatened to attack political leaders participating in the general elections, saying they are meant to bolster the Punjab-dominated centre’s policies against the Baloch people. The National Front, an alliance of six different separatist political organisations which supports armed struggle for achieving rights instead of the parliamentary process, has called for a complete wheel-jam strike from 5 to 11 May. The group asked the people to stay at home during this period to foil the elections.

These threats have created a climate of fear and few public meetings are seen across the province, including the provincial capital of Quetta. “It is a problem as our workers are not ready to participate in electioneering and the turnout may be very low,” said Mohammad Younis Mullzai, an ex PPP minister and party candidate from Quetta.
In the wake of security concerns, the government teachers’ association announced that it would not allocate election duties, putting teachers’ lives in danger by sending them out to remote areas, particularly those located in restive districts. However, the government is trying to persuade the teachers’ association to retract its statement. 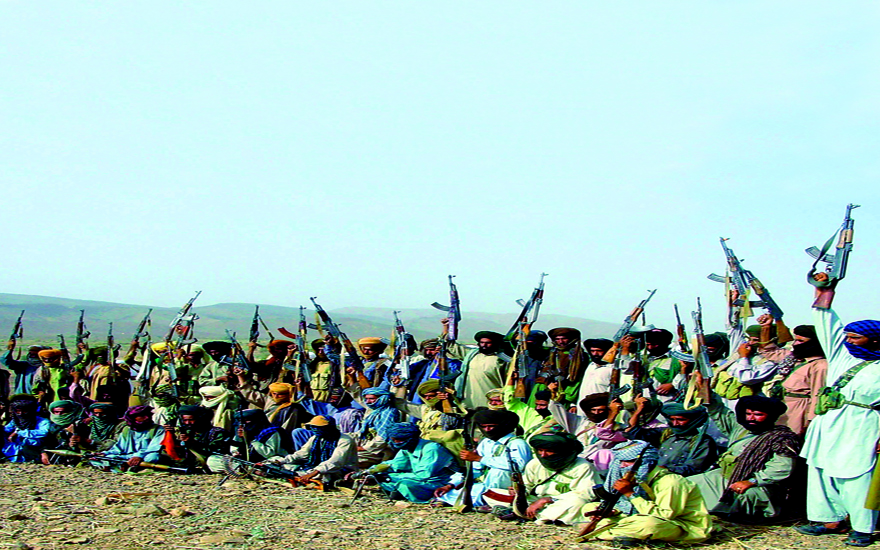 Baloch militant organisations have openly threatened to attack political leaders participating in the general elections, saying they are meant to bolster the Punjab-dominated centre’s policies against the Baloch people. The National Front, an alliance of six different separatist political organisations which supports armed struggle for achieving rights instead of parliamentary process, has called for a complete wheel-jam strike from 5 to 11 May.

“The education department has already been directed to contact the teachers and remove apprehensions about security during polling. Hopefully, they will withdraw the statement,” said home and tribal affairs secretary, Akbar Hussain Durrani. He says the government will keep employees of other departments in reserve for election duty as elections must be held at any cost.

“Miscreants have threatened to create disturbances during the elections, but the government has taken all possible measures to maintain law and order, like deploying army personnel in all districts along with the Frontier Corps, police and levy force to ensure protection to candidates, voters and election staff around polling stations,” said Akbar Durrani.

The National Party strongly condemned attacks on its party leaders and candidates by Baloch militant groups, saying these groups are implementing a particular agenda, pushing the Baloch people towards civil war.
“To take part in the elections is everyone’s right and threats will not deter us from participating whole-heartedly in the elections,” declares NP leader Mir Hasil Bizenjo. He says that the militant groups should have left the choice of participation up to the Baloch people, instead of committing violent acts against the masses and political leaders.