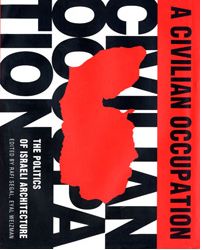 “Few are the landscapes that arouse sadness and compassion like those from which the human component has been uprooted, and where only the physical framework created by the absentees in their own form and image remains. The world is full of these landscapes; Algeria, Asia Minor, Israel/Palestine, India/ Pakistan, Indochina, Kenya, Eastern Prussia, Silesia, the Sudetan Region as well as the former Yugoslavia — places abandoned following wars, riots and collapsed colonial regimes. People either escaped or were banished, carrying with them only their personal belongings. They left behind their homes, places of worship, ancestors’ graves and their unique material culture: from agrarian cultivation to settlement patterns, from church belfries to inscriptions carved in stone immortalizing forgotten events in foreign tongues…sometimes the landscape is abandoned and becomes desolate, but more often than not the deserted landscape rapidly fills with another people who look upon the relics of the past as a mere nuisance and whose lives amidst the ruins compel ‘adjustments’ of eradication and new construction…”

The concept of building the state of Israel was long central to the Zionist dream. But after Israel’s independence in 1948, the phrase took on a more literal meaning. A Civilian Occupation, in studying the politics of Israeli architecture, undertook the first detailed examination of the spatial form of Israeli settlements in the West Bank, examining how their physical layout is informed by the politics behind them. It is an incriminating piece of work that shows how deeply implicated Israeli architects have been in the state’s expansionism. Bringing together essays and photographs by leading Israeli practitioners, and complemented by maps, plans and statistical data, A Civilian Occupation explores the processes and repercussions of Israeli planning and its underlying ideology. It demonstrates how, over the last century, planning and architecture have been transformed from everyday professional practices into strategic weapons in the service of the state, which has sought to secure national and geopolitical objectives through the organisation of space and in the redistribution of its population. Through strong arguments, detailed maps and dramatic aerial photographs, it shows how 800-plus Israeli settlements — architect-designed, strategically perched on hilltops and sealed to Palestinians — are the key to government control of the territories.

The perception on which the Jewish Settlement Project in the Occupied Territories was founded was that of the eternal weakness and inferiority of the Palestinians. Those who built the settlements presumed that the Palestinians would remain forever submissive and obsequious. How else does one explain the reasoning behind the establishment of Jewish islands in the heart of the Arab population? The victors’ vanity, self-righteousness and the feeling of superiority — bordering on racism — that was at the source of its aggressive incursions into the homogenous Palestinian fabric. The assumption was that millions of people would forever agree to the existence of a domineering minority amongst them. And when the error became apparent, and the Palestinians began to rebel, the inevitable countdown towards eviction of the “arrogant” settlements commenced.

The book shows how Israeli architecture has consistently provided concrete means for the pursuit of the Zionist project of building a national home for the Jewish people in Israel. As such, it is the first study to supplement the more familiar political, military and historical analysis of the Israel-Palestine conflict, with a detailed description of the physical environments in which it is played out. The banning of the first edition of this book by its original publisher was proof, if any were needed, that architecture in Israel, indeed architecture anywhere, can no longer be considered a politically naÃ¯ve activity.

The editors, Rafi Segal and Eyal Weizman, are Israeli architects based in Tel Aviv. Their remarkable collection illustrates, with remarkable clarity, the role played by architecture in the politics and practices of occupation. In sadness and anger, it points to the ultimate irony, the way in which those white colonies, so arrogant on their hilltops, simultaneously promote the ghettoisation of both Israelis and Palestinians. It is a disheartening destiny that, unlike the agricultural settlements of left-wing Zionism, these latter-day Israeli encampments have settled nothing, least of all the dispute over the land itself. In a score of aerial photographs one can observe the paradox of suburban, hill-top fortresses, totally and utterly inimical to the culture of an ancient landscape. Indeed, no future resolution of the conflict will ever be able to heal the scar inflicted by this tragic combination of political and topographical violence.

Ancient techniques (seizing the nearest strategic hilltop) and modern ones (print advertising to entice settlers) have been combined to accomplish what is, euphemism notwithstanding, an imperialistic campaign. The mundane elements of planning and architecture have been conscripted as tactical tools in Israel’s state strategy, with the landscape becoming a battlefield on which power and state control confront both subversive and direct resistance. Architecture and planning are systematically instrumentalised as the executive arms of the Israeli state, and thus planning decisions do not follow criteria of economic sustainability, ecology or efficiency of services, but are employed to serve strategic and political agendas. Space becomes the material embodiment of a matrix of forces, manifested across the landscape in the construction of roads, hilltop settlements, development towns and garden suburbs. Many photographs shot in 1993 are chilling testimony to the fact that so much of the construction on the West Bank is not market-based but state -directed, hence so many homes there remain empty. This is true today. There are thousands of uninhabited dwellings in the West Bank.

Settlements constructed beyond the international border established in 1967 violate Article 49 of the Fourth Geneva Convention that states: ” The occupying power shall not deport or transfer parts of its own civilian population into the territory it occupies.” Settling Israeli citizens in the occupied territories thus contravenes international law. By taking up projects in the West Bank, Israeli architects cross another red line. Their planning conforms to a mode of design that serves to oppress and disrupt local populations. Thus, beyond the mere presence of Israeli settlements on occupied land, it is the way they were designed — their size, form and distribution across the terrain — that directly and negatively affects the lives and livelihoods of Palestinians. According to the regional plans of politicians, suburban homes , industrial zones, infrastructure and roads are designed and built with the self-proclaimed aim of bisecting, disturbing and squeezing out Palestinian communities. Israeli civilians are placed in positions where they can supervise vital national interests just like plain-clothes security personnel. In both its overall logic and the repetition of its micro-conditions, architecture and planning are used as territorial weapons.

Planning and architecture must be carried out to the benefit of society. If the architect draws a particular angle, line or arc, or makes any other design decision that is explicitly and practically aimed at disturbance, suppression, aggression or racism, and when these stand, clearly and brutally, in breach of basic human rights, a crime has been committed.