Dressed in a white kurta, with a lazy gait and a toothy smile, Liaqat was born in Larkana. He is 18 years old and has three sisters and three brothers. His father used to work at a factory that makes the small mirrors commonly found in Sindhi garments, until he was diagnosed with diabetes and couldn’t work any longer.

He is genuinely congenial, if a bit shy at times. He enjoys watching TV and likes to play cricket. He insists on mentioning that Shahid Afridi is his favourite player. In other words, he seems like any other teenager in Pakistan.

But Liaqat is also one among hundreds of children born every year in Pakistan who have a Disorder of Sex Development (DSD), a condition in which a child is born neither male nor female.

According to most experts, DSD is a rare occurrence, but one in every 1,000 babies is born with some form of the disorder. In some cases, the abnormality can be associated with a severe metabolic disorder, which is often life-threatening.

Dr Faisal Ahmed, who leads the Developmental Endocrinology Research Group (DERG) in Glasgow, Scotland, says that while there are no official numbers for Pakistan, global statistics would apply as a rough barometer.

In Pakistan, going by the annual birth rate, that amounts to about 7,000 babies with some form of abnormality, of which 700 are serious cases in which the condition is potentially fatal, every year.

The Y chromosome contains the SRY gene, which provides instructions for making the sex-determining region Y protein. The Y protein causes a fetus to develop as a male. In some cases the SRY gene is misplaced on to the X chromosome because of a glitch in the exchange of genetic material between chromosomes, which results in DSD.

Liaqat, was born with what is known as 46 XX, ambiguous genitalia, which means that while his genes have a female pattern, he was born with external genitalia that do not look clearly male or clearly female, thus the term ‘ambiguous’.  In most cases, affected children are typically raised as males and have a male gender identity, as in the case of Liaqat.

Liaqat mentions that when he was born, his grandmother noticed the abnormality, but didn’t seek medical advice.

When he was nine, Liaqat says he started to have trouble urinating because of his condition, at which point his family decided to seek treatment and he was taken to a hospital in Shikarpur, where they performed a corrective surgical procedure.

But when he was 11, as puberty hit, Liaqat says new things started happening to him.

“I started developing breasts, which worried me,” he says. “My friends would laugh at me and say ‘you’re not a boy or a girl, so what are you?’ There were times when I couldn’t sleep at night because I dreaded the next day.”

Laiqat’s aunt, who had wanted him as her son-in-law, also took back the proposal when she found out about his condition.

In most parts of the world, DSD is generally treated as a taboo, with shame and secrecy; babies born with the condition are often hidden from general society.

Physicians and other medical professionals, the media, and the general public have typically interpreted DSD as being primarily a problem of gender. But experts in DSD, such as Dr Ahmed, say that it is primarily an issue of stigma and emotional trauma.

“In our culture, sexual variation which blurs the line between male and female is stigmatised,” he observes. “Until recently, the phenomenon was little known outside related medical specialties. Thus, the birth of a child with DSD is emotionally traumatising.” 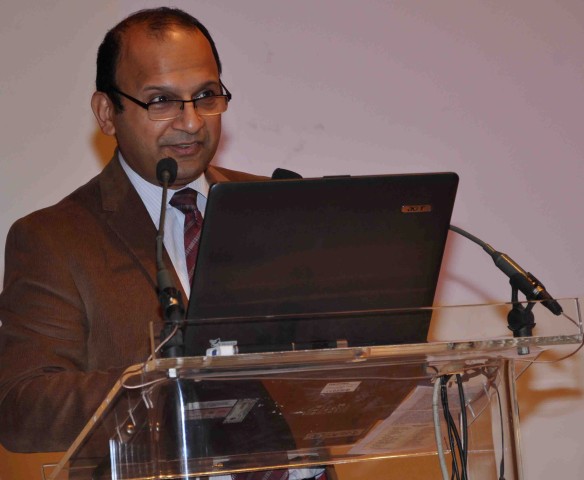 Dr Ahmed explains that parents are traumatised because the birth of a child with sexual ambiguity elicits parental feelings of shame and guilt. The trauma for the patients is that they are made to feel utterly alone, and unacceptable.

In Pakistan, the situation is further exacerbated because of illiteracy, which has led to the ostracisation of intersex people — they are denied education as well as access to healthcare.

But in February of this year, the department of paediatric urology and nephrology at the Sindh Institute of Urology and Transplantation (SIUT) held a week-long workshop on the diagnosis and treatment of DSD. Dr Ahmed along with Dr Philip Ransley, who is the Consultant Urological Surgeon (Emeritus) at the Great Ormond Street Hospital for Children NHS Trust London, were both invited to conduct the workshop.

Dr Ransley says that early diagnosis and treatment are key when aiming to restore normality as soon as possible. He says that ignorance of the issue in Pakistani society as well as ignorance in the medical profession has led to patients going untreated and living lives of untold misery that could often lead to suicide.

“Often patients are given wrong information and inappropriate treatment that can lead to disaster,” explains Dr Ransley. “Unrecognised or untreated individuals lead miserable lives full of internal conflicts. When their physical form does not match the role they are expected to play in society, it leads to feelings of loneliness, helplessness and depression.”

But unlike Liaqat who was diagnosed relatively early, Rashid, a 16-year-old boy from Dadu, was diagnosed at the age of 12 when he started menstruating.

Rashid was born with 46 XX, penoscrotal hypospadia, a condition in which the internal sex organs are female, but external genitalia is largely male. He says that his most pressing concern is his breasts, which started developing rapidly when he entered puberty.

“It’s very hurtful, because the friends I used to have would make fun of me,” Rashid says.

Rashid displays almost textbook symptoms of a case which went undiagnosed far too long. Nurses and doctors at SIUT observed that in the two months that he has been at SIUT, he displays signs of depression and loneliness. “He usually just stands alone and doesn’t talk to any other children of his age,” a medical student says. “He doesn’t seem to enjoy anything.”

The scheduled treatment for Liaqat and Rashid at SIUT includes a range of therapies and surgeries. In Liaqat’s case, the medical team has planned anti-estrogen therapy, a gonodectomy, mastectomy and family counselling, while Rashid will go through a two-stage hypospadia repair, and mastectomy.

Doctors say that after treatment, both Liaqat and Rashid should be able to integrate into society after thorough counselling, but both are likely to be infertile.

The initial objective of the workshop with Dr Ahmed and Dr Ransley was to teach the surgical and medical team at SIUT how to deal with DSD.

“In order to properly diagnose the problem and initiate treatment, a whole team of different experts working together is required,” he says. “This includes geneticists, endocrinologists, surgeons, biochemists and psychologists.”

The psychologist, Dr Ransley says, is the most important part of the team.

“The psychologist is hugely important, particularly in those cases who present symptoms late, and who have been exposed to inappropriate hormones not only in the uterus, but in post-natal development,” he explains. “The psychologist’s task is to analyse where the patient’s brain sits on the sexual spectrum in terms of gender development, and also to educate the parents, who have to make the best decision based on the information we give them.”

Parents, along with the child, need to have coping mechanisms in order to answer questions that arise as the child grows to help them integrate into society. The treatment that is decided upon is dependent on the results coming from the laboratory. 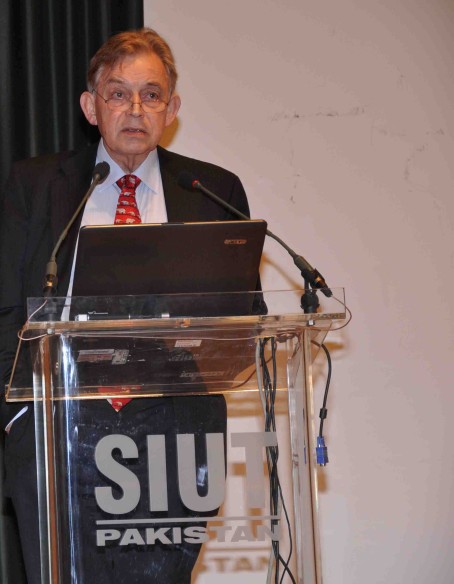 “The results need to be interpreted properly because of the enormity of what follows,” says Dr Ransley. “These results have to be good and reliable. So you need a laboratory that has a full range of the tests which are required and is willing to engage in discussion with the clinicians if there are outlying results which don’t fit the clinical picture, you can go back and see why with further analysis, and make sure that the biochemical information you’re receiving is absolutely accurate.”

While diagnosis and treatment are paramount, at the same time there is a need to combat the stigmatisation of the condition, which is widely misunderstood. And the key to that is awareness.

“The more the issue is highlighted, the lesser it will be taboo,” says Dr Ahmed. “The important thing is for the discussion to take place in a positive way.  I think there is a need to have a patient advocacy movement of some kind, where the patient’s point of view can be voiced.”

In Pakistan, progress in increasing awareness is going to be a gradual process, especially when most of the regional press is unwilling to publish stories concerning the issue.

“Every little bit helps though,” says Dr Ahmed. “Even in the West a lot of the changes were seen because of the vociferous demands of patients being vocal about the issues. I think patients with DSD feel much better when they meet other patients and realise that they aren’t alone. They can share the pain they feel.”

There are those in Pakistan who say that the country faces larger problems than the treatment of sexual disorders.  But the truth is that for thousands of people, DSD hits at the very core of their identity. All other problems such as illiteracy or law and order fall by the wayside when an individual is uncomfortable about who he or she is.

In a country where thousands of children are destined to a life of misery and marginalisation merely because of biology, every child who can be spared that fate is a life saved. The goal at SIUT is to save as many of these lives as they can.