When Deputy Secretary of State Richard Armitage swung through South Asia last week, he sounded cautiously optimistic. He welcomed Indian Prime Minister Atal Bihari Vajpayee’s overture to Pakistan on Kashmir, calling it a “far-reaching act of statesmanship.” But he also acknowledged that it would be a “long trip” to resolving conflicts between India and Pakistan.

That just about sums up the situation. India’s latest initiative is welcome, but it’s not going to be easy to undo hostilities dating back to 1947. The current round started in 1989, when New Delhi’s unconscionable manipulation of Kashmir’s local politics led to a popular uprising of Kashmiris, which Pakistan moved quickly to exploit.

The Afghan war had just ended, which freed Pakistani fighters, and large numbers of Kashmiri refugees were pouring across the border. Pakistan’s military establishment hit upon a bleed-India-through-jihad policy, in which jihadis were enlisted to wage a cross-border guerrilla campaign. Pakistan, of course, denied any involvement.

The strategy was visualised as a low-cost option leading to eventual victory, a means to end a military stalemate. But over the years, through all the flare-ups and border confrontations, which have cost 70,000 Kashmiri, Pakistani and Indian lives, it has become clear that the troubles in Kashmir cannot be resolved militarily. Pakistan lacks the muscle to wrest Kashmir from Indian rule, and India cannot win decisively over Pakistan in difficult, mountainous terrain.

And so Vajpayee’s overture is welcome. There is indication that General Pervez Musharraf is also looking for a way out of the Kashmir morass. Recently, he met with a diverse group for what turned out to be an intense session focusing largely on the Kashmir policy. That the President was willing to listen to dissenting voices, including mine, was encouraging, although real change is still far off.

Pakistan’s rationale for its covert war in Kashmir has been two-fold. The first objective of the long-term, low-intensity war was to “bleed” India in the hope that it would eventually cut its losses and quit Kashmir. But although Indian forces sustained huge losses in Kashmir, and although its costs in maintaining large contingents have been considerable, India’s resolve and strength have not been weakened. On the contrary, an unprecedented show of national unity emerged in India in response to Pakistan’s infiltration of troops and jihadis across the Line of Control.

More significantly, confounding the expectations of Pakistani strategists, India’s economy remained unharmed. Instead, it boomed. Indian foreign exchange reserves currently stand at more than $70 billion and Indian scientific institutions are now being counted among the world’s best. Its high tech companies alone last year brought in $10 billion — a figure more than Pakistan’s total foreign exchange holdings. This figure is expected to double in the next 2-3 years. 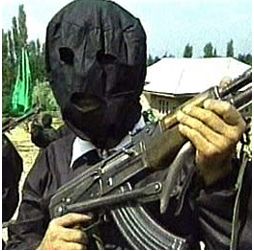 By contrast, Pakistan’s economic resurgence, such as it is, owes more to General Musharraf’s adroit handling of the U.S. after the September 11 attacks than it does to any real economic strength. The country’s industry is barely crawling along. Education and scientific research seem moribund which, in a technology-driven world, is a devastating weakness.

he second Pakistani rationale for the Kashmiri conflict has been to keep Kashmir in the news. The implicit hope has been that a high level of tension between two nuclear-armed states would alarm the international community — most particularly the United States — which would then force a recalcitrant India to see reason. To raise international fear levels, Pakistani leaders have deliberately tried, at times, to cultivate an image of Pakistan as a defiant, nuclear-armed state ready to commit suicide. At other moments, though, they have sought to project an image of being calm, confident and responsible.

Nevertheless, these mixed signals have made the threat of a nuclear apocalypse seem sufficiently real to keep a steady stream of foreign leaders coming to Islamabad and Delhi. But Pakistan’s assumption that keeping the world focused on Kashmir would work to its advantage turned out to be another miscalculation. In fact, once the world in general, and the US in particular, fully assessed the situation, the reaction was not exactly what Pakistan had in mind. The idea of jihadis active in a nuclear-armed state set off alarm bells in Washington, where the State Department recently declared the largest mujahideen group fighting Indian rule in Kashmir, Hizb-ul-Mujahideen, a terrorist group.

This should send a clear message to Pakistan that continued violence in Kashmir is unlikely to win international sympathy. The international press now frequently accuses Pakistan of inciting violence and using the nuclear card to provoke fear, while India is blamed less frequently now than in the past. To be in the news is now no longer a good thing for Pakistan.

The consequence of waging a covert war has been a steady loss of international support for the Kashmiri struggle. This fact is known to all Pakistani diplomats who represent Pakistan’s position in the world’s capitals, including those of Muslim countries. The moral high ground — the most potent weapon of the weak — erodes every time Hindu civilians are massacred in Kashmir, despite the attempts of mujahideen groups to blame the killings on Indian security forces. On the other hand, India, the occupying force in Kashmir, has successfully portrayed itself as a victim of covert terror.

There has been movement on both sides lately, but there is still little to suggest that Pakistan actually has a new game plan. The Pakistan government fears a backlash from religious parties and extremist elements within the military. Moreover, it is believed, in some quarters, that a large standing army like Pakistan’s needs an enemy. Inertia dominates planning and design. As the late Pakistani writer and scholar Eqbal Ahmad passionately argued, although India’s leaders bear much responsibility for Kashmir’s tragedy, Pakistan’s defective Kashmir policy has repeatedly “managed to rescue defeat from the jaws of victory”.

So is there hope? Yes, but it will require a spirit of compromise as a prerequisite. The two countries must abandon positions fixed half a century ago. They must abandon their your-loss-is-my-gain mentality in favour of one that embraces economic prosperity and social stability for all sides. The slogan “Pakistan First,” recently popularised by President Musharraf and Prime Minister Jamali, could offer an out. Properly interpreted, the words could suggest that Pakistan should provide moral, diplomatic, and political support to Kashmiris struggling against India, but nothing more. Military tensions, after all, drain Pakistan’s coffers and damage its international reputation, and are therefore not in keeping with a “Pakistan First” philosophy.

If Pakistan pulls back from the brink, it will be important for India to act quickly and positively. The undeniable fact is that India is an occupying power in Kashmir, and that occupation comes with considerable costs. By formally acknowledging Kashmir as a problem that needs a solution, releasing political prisoners from Kashmiri jails and agreeing to a mutual reduction of hostile state-sponsored propaganda, India could demonstrate to the world that it, too, seeks a peaceful resolution of the dispute.

In the end, both India and Pakistan will need to explore long-term solutions that go beyond the obvious. One proposal that may make sense envisions two Kashmiri regions, each with its own government and constitution. These two neighbouring entities, one associated with Pakistan and the other with India, would maintain soft borders allowing for easy transit of people and goods. The Pakistani and Indian prime ministers had something similar in mind in 1999 when, as a consequence of secret negotiations whose details became public only very recently, they privately agreed to the Chenab river, which forms a natural boundary, as the international border. This, or a similar deal, would need to be worked out by all three parties to the dispute, Kashmiris, Pakistanis and Indians — but it would be helpful if the United States served as a facilitator.

Pakistan and India must now decide whether they can afford to have the next decade look like the previous one. Their conflict is like a cancerous growth, a malignant organism growing unchecked. With Prime Minister Vajpayee’s forthcoming visit, which he dramatically describes as the “third and last” peace effort of his lifetime, it is essential to understand how to avert yet another failure.