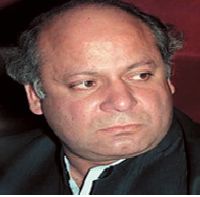 The exiled Sharif family sprung a surprise by filing nomination papers for Nawaz Sharif, Kulsoom Nawaz and Shahbaz Sharif from several national and provincial constituencies in Lahore for the October general elections. Even more surprisingly, apart from the rejection of papers from one of the three constituencies Kulsoom Nawaz had filed her nomination, all the other papers were accepted.

Ushter Ausaf Ali, the Sharif family attorney, contends that Kulsoom Nawaz and Shahbaz Sharif are not defaulters and they have not been convicted in any case; he maintains Nawaz’s conviction was overturned by President Rafique Tarrar at General Musharraf’s recommendation when Sharif went into exile. Had the conviction not been overturned, he says, Nawaz Sharif could not have been released from prison under the law. As such he states, the Sharifs are eligible as candidates.

The acceptance of their nomination papers does not, however, guarantee that the Sharifs will be able to become members of parliament even if they win elections. There is a strong possibility of the latter happening, but chances are they will not be allowed by the Saudi government to return to Pakistan to take oath. The passports of the Sharif family are in the possession of the Saudi government, and they cannot move out of Saudi Arabia without the government’s prior consent. If they cannot contest, elections will be held on the vacated seats.

Following the acceptance of his papers, Nawaz Sharif withdrew his nomination from one of the two national constituencies from where he was proposing to stand. He claimed he had done so in a gesture of solidarity with Benazir Bhutto whose nomination papers for three seats in Sindh were rejected by the concerned electoral official. The federal information minister, Nisar Memon, maintained Nawaz Sharif’s dramatic ‘goodwill’ gesture owed not to any democratic convictions, but because he was forced to pull out of the race by the Saudi government because he had pledged at the time of exile that he would not take part in politics for 10 years.

Whatever his motivation in doing so, claiming solidarity with Bhutto is a clever political move and proves that while Shahbaz Sharif may currently be the president of the PML(N), Nawaz is still calling the shots. Even if it is a ploy, Sharif’s gesture has resulted in negotiations between the PML(N) and the Pakistan People’s Party in regard to electoral adjustments. As a result, the two will be fielding common candidates against the government-supported PML(Q) candidates — a prospect that is certainly not going to be to the establishment’s liking. According to analysts, with this move, Nawaz Sharif has sent a signal to the military regime to strike a deal with him, or face a united opposition front. If that fails, his party will still be in a relatively better position courtesy its growing alignment with the PPP and his party’s ongoing dialogue with the Jamaat-i-Islami.

Nonetheless, it will be an uphill battle for the PML(N). After a wholesale defection by party members from the Nawaz faction to the PML(Q), the chances of the former winning a large number of seats from interior Punjab are slim. The rural and semi-urban areas in Punjab tend to vote in favour of candidates who are on the right side of the rulers. In Punjab’s cities, however, the Sharifs’ support remains high and this could help the PML(N) to form a viable opposition group in the assemblies.

In December 1999, Nawaz Sharif’s family left the country to live in exile in Saudi Arabia after striking a deal with the military regime of General Pervez Musharraf. From day one, however, the Sharifs kept denying that they had signed any document to this effect. They kept announcing that they would soon return home, even while government spokesmen at home emphatically continued to maintain that the family was bound under the terms of the exile agreement to live in exile for 10 years and not take part in Pakistani politics during this period.

For his part, former Punjab chief minister Shahbaz Sharif kept feeding stories to the media — and later gave interviews to newspaper personnel — to the effect that he did not leave Pakistan of his own volition, but was, in fact, forced to board the plane. Musharraf’s spokesman, General Rashid Qureshi, however, claimed that Shahbaz, left of his own free will, like the rest of his family, and the smiles on their faces as they boarded the plane for Jeddah, clearly visible in the photographs and video tape taken on the occasion, puts to lie the Sharif’s contentions of forced exile. This notwithstanding, Shahbaz Sharif has, through his contacts with senior columnists of the Urdu press, conveyed to the military government that he is in favour of a compromise and some sort of rapproachment.

So far General Pervez Musharraf seems disinclined towards any overture by the Sharifs. He has repeatedly said that he will not allow either Nawaz Sharif or Benazir Bhutto to return to power because both of them have plundered the country during their respective tenures in power.

This summer, news started filtering in of mediation efforts for the Sharifs’ rapprochement with General Musharraf. Azad Kashmir’s senior political leader, Sardar Qayyum — one of the General Musharraf’s pointmen on politics — initiated the process of dialogue, and later Zahid Malik, the editor of an Islamabad-based newspaper, followed up by calling the Sharifs in Jeddah. However, no breakthrough was reported.

Subsequently, Editor, Nawa-i-Waqt, Majeed Nizami, a close friend of the Sharif family, was brought in. Initially Chaudhry Shujaat Hussain called on Majeed Nizami twice to seek his help in persuading the Sharif family to agree to the unification of various factions of the Muslim League. Later, he said in an interview, that General Musharraf had asked him to help bring the PML(N) and the PML(Quaid-i-Azam) factions on to one platform.

Majeed Nizami met General Musharraf and sought some concessions for the Sharifs, in return for lending their support to the unification of the Muslim League. Musharraf reportedly said that after the elections he would permit Shahbaz Sharif to return to the country, and after that gradually other members of the family would also be allowed to return. However, the President maintained that the Sharifs were required to allow a PML leader outside the Sharif family to become president of the Muslim League.

Thereafter, Majeed Nizami met the Sharifs in Jeddah, but apparently did not succeed in persuading Nawaz Sharif to agree to the conditions put forth by General Musharraf. Sources disclose that Nawaz Sharif said he had made a mistake by striking a deal with the government in exchange for being exiled as opposed to imprisoned, and would not strike another deal. He reportedly said he would rather wait for the time General Musharraf became unpopular and weak to return home.

On the other hand, Shahbaz Sharif was allegedly anxious to reach a compromise with the military regime. In his view an exclusion from the electoral process would further weaken the PML(N).

As the time for the registration of political parties approached, Nawaz Sharif became increasingly apprehensive that the Election Commission might not register the faction of the Muslim League he headed on the pretext that its president was a convict. He apparently wanted to make his wife, Kulsoom Nawaz, the president of the party. Ultimately, however, he recommended the name of his brother Shahbaz Sharif, who is considered somewhat more acceptable to the establishment, for the post. Thus, the PML(N) general council elected Shahbaz as president of the party and Nawaz as the Quaid. Thereby Nawaz Sharif not only opened a door to the establishment, but also neutralised any possible political moves by his brother that are contrary to his wishes.

As part of the ongoing thaw, the Sharifs did not issue any statement against General Musharraf or his policies for a few months, nor did they indicate any keenness in striking electoral alliances against the government-supported faction of the Muslim League (Q). The hope was the regime would respond positively.

The military regime did not, however, agree to the Sharifs’ demand that Shahbaz Sharif be allowed to return home before the elections. And the government’s demand that the Sharifs should allow someone like Raja Zafrul Haq to become president of the united Muslim League was not acceptable to the former. Thus the proposed rapprochement resulted in a stalemate.

Nevertheless, insiders disclose that efforts are still underway for a compromise between the Sharifs and General Musharraf. The family is reportedly hoping the government will allow Shahbaz and Kulsoom to contest the polls from Lahore, and will permit Shahbaz to return home after the elections. In return, the Sharifs will pledge not to destabilise the system and forge some sort of united opposition front. In politics, the possibilities are endless.