“Changing the constitution will endanger the unity of Pakistan” 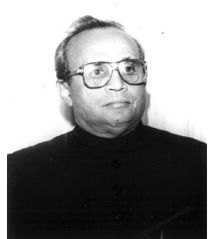 Q: In light of the Supreme Court judgement which allows for amendments to the constitution providing they do not alter the fundamental character of the constitution, are the amendments the Musharraf government is proposing to make, legal — or viable?

The proposed changes will make the constitution a terrible document. And when you amend the constitution, it becomes permanent. The Pakistani federation is unique in many respects. One federating unit is more than three others combined together. Therefore we can live only in partnership, and such a partnership is ensured only by the constitution, by an agreement between all four units. The moment you change the constitution, you are endangering the unity of Pakistan.

I cannot understand why the amendments are being made, because Musharraf can do what he likes today. Under the PCO, he is not bound by the constitution.

Q: The Supreme Court only validated the PCO for three years — and the military government is running out of time. What other option does the general have, apart from amending the constitution, if he wants to retain power under some sort of legal cover?

Q: But this would defeat the very purpose of the amendments — providing legal cover to an extension of tenure for the President and institutionalising the army’s role in government.

A: That’s true. Let’s face it, the army, and the generals have had it good for three years. If I am in power and I want to retain it, it is very simple to come to the conclusion that I am the only solution. Yeh niyat ka maamla hai (This is a matter of intent). The intention now is, ‘I want to remain in power — and not just that, but have total and effective control of the country.’ This is what Musharraf wants; it is what every dictator wants. Earlier I used to say I don’t know where we are and where we are going. Now I say I know where I am, and I know where I’m going. We are going towards total control by the army. We are headed for army rule.

Not only do the amendments institutionalise the army’s role, they give it a decisive role. The question is, was Pakistan created for the army to rule? If the answer is ‘yes,’ then accept what is happening, if it is ‘no,’ then reject it outright. This situation is dangerous for us. Our army is not a national army: 95 per cent is from one province. So when we have army rule, it becomes Punjabi rule. I accept they are the majority, but in army rule the proportion goes from 60 per cent (the proportion of the Punjab’s representation in the assembly) to 90 per cent. This is bound to create resentment in the smaller provinces.

Q: Do the amendments then decisively end the system of parliamentary democracy in Pakistan?

A: Look at the amendments. They are changing the basic features of the constitution. The new system will neither be parliamentary, nor presidential. But the man will be in supreme command — or as he puts it, a military term I believe, there will be ‘unity of command.’

It’s ironic, what the Quaid refused to do, Musharraf says he will do. The Quaid’s image adorns every office — including the Presidency and Supreme. Court — but the Quaid has become irrelevant. The fact is that President Musharraf is no more or less than a civil servant in uniform. And if you go back to the Quaid’s speeches, what role did he envisage for the bureaucracy? He made it quite clear that it should have nothing to do with politics or a political government. Bureaucrats were there to serve the elected government. They were not to be masters. But now Musharraf has become the master. For the first time in my life I am seriously alarmed. And I have no doubt that within a year [if the amendments go through] there will be total chaos and confusion. People must resist this document.

Q: Under the proposed constitution, suppose there is a disconsonance of views between the President and the Prime Minister in matters of policy — say something like deciding the kind of policy to have been adopted post-September 11 — who would have the final say?

Q: Do you concur with the general perception that the Political Parties Ordinance — which prohibits not merely anyone charged with an offence, but even a party which fails to remove a leader charged with a crime from contesting elections- specifically targets Benazir Bhutto, Nawaz Sharif and Altaf Hussain?

A: It is targeted against them. There are already laws and a prescribed procedure for disqualification of candidates. If the law says I’m not qualified, then I cannot contest. But the kind of laws they are considering make a mockery of the existing laws.

The question is, why are they so afraid of Benazir and Nawaz Sharif? They have wielded absolute power for three years, they claim to have charted a new course, brought up the foreign exchange reserves, etc., etc. If, as they maintain, the people agree with their view that the politicians are all crooks and thugs, what is there to fear? Leave it to the people to decide. I think it was Rousseau who said, ‘People have a right to choose their chains.’ After all, who has the right to tell me who I should vote for. It is my right.

I get very angry when I hear it said that ‘our people are illiterate, they don’t know how to vote.’ I say then write down that Pakistan has failed — that we are a failed state. Besides, who is responsible for the illiteracy? But even having said that, let me state that Pakistanis may be illiterate, but they are not uneducated. They understand everything. Compare a local taxi driver with a New York cabbie and you will discover the Pakistani will have far greater political insight. Don’t underestimate the people. But Pakistan has now become a class society. The elite do not want the status quo to change. So Musharraf says ‘we are going to ensure that the reforms we have carried out are going to remain even after October 2002,’ and this arrogance of power is being translated into new laws.

Q: Going back to the dismal literacy level in Pakistan, how feasible is it to set a condition of graduation for eligibility of candidates to the assemblies?

A: They are taking advantage of their own mistakes. Even now, in the new budget of 742 billion, only 2.5 billion rupees or thereabouts have been allocated for education. So how can you have a condition like this, considering the literacy level in our country. It’s not workable. By this yardstick even Quaid-e-Azam would not have been eligible. He was a barrister, so technically he was not a graduate.

Q: In your view, are there any clauses in the existing constitution that should be changed?

A: I think all the amendments that have been made to the constitution — beginning from those made by Bhutto himself — should be done away with. But they will not do that; they won’t touch the amendment pertaining to Ahmedis.

Q: Are there any features of the proposed package that are an improvement on the existing document?

A: I agree with joint electorates and proportionate representation for the Senate elections; I think increasing the number of seats to the assemblies is good. But it is not a question of good and bad because they have no right to bring about any changes in the constitution. Musharraf says he is going to put the amendment into effect before the elections. Well, he can do anything he chooses. Then he will get it approved by a hand-picked assembly. Zia did exactly the same thing. Musharraf says ‘I will not name myself President of Pakistan in the constitution as Zia did.’ As if he’s doing us a big favour! Today the west may accept Musharraf and what he is doing, but when their purpose has been served, mark my words, they will call him a dictator.