“The military wants a system that protects its policies and privileges” 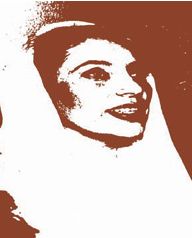 Q: Are you planning to return to Pakistan before the October elections?

A: Yes, I am planning to return and contest the October elections in Pakistan. However, I have yet to decide the date of my return. It will be taken in consultation with my lawyers and political advisors, after the election schedule is announced.

Q: General Musharraf has often said that he will not allow you to return to power. Will the PPP participate in the elections if you are barred?

A: It’s true that General Musharraf opposes my return, seeing me as a symbol of democracy in the country. He is comfortable with dictatorship. I hope better sense prevails. Democracy is necessary to peace and to undermining the forces of terrorism. I am constitutionally competent to contest the elections. General Musharraf needs my participation to give credibility to the electoral process, as well as to respect the fundamental right of all those who wish to vote for me.

Q: What is your response to General Musharraf’s decision to arrogate to himself the power to pick anyone as prime minister?

A: It is undemocratic. It takes us to the past. Musharraf could review advice that ill-serves the country and sows the seeds of instability, corruption and floor-crossing.

Q: In your view what system does the military government intend to introduce?

A: The military wants a system that protects its policies and privileges. Military hardliners called me a ‘security threat’ for promoting peace in South Asia and for supporting a broad-based government in Afghanistan. They destabilised my government on politically motivated charges. They want to ensure that future political governments that seek peace in the region, crackdown against private militant groups or ask questions about corruption in the military, are sacked on collateral charges.

Q: Are you planning to lead a campaign against General Musharraf’s move to change the constitution and stop political leaders from participating in the polls?

A: Yes. The political parties have unanimously rejected the one-man constitutional changes. A series of public meetings are planned for next month, to support the right of people to determine their own laws through representation and to lobby for the implementation of electoral reforms to protect transparency of the proposed elections.

Q: Do you think people will come to your support?

A: Given the right to a free ballot, the people would support my return. The government I led gave ordinary people peace, security, dignity, and opportunity to progress. Right now, they feel they have lost their voice, and their miseries have increased since my departure.

Q: How do you see the situation developing?

A: The next few months are critical to Pakistan’s future direction as a democratic state committed to promoting peace, fighting terrorism and working for social justice. The challenges are there. Given the goodwill of the enormous number of Pakistanis who love the country and want to see it move into the future with confidence, I pray we triumph in achieving freedom, fundamental rights and socio-economic emancipation for our hardworking and poverty-stricken people.