Prime Minister Jamali stands stubbornly defiant as the sword of Damocles lowers over his head. The portly Baloch tribal chieftain is not ready to go down without a fight. “I have stopped taking lessons from anyone. My schooldays are over,” he retorted as Islamabad buzzed with the rumours of an in-house change.

But Jamali’s options are running out as he faces growing opposition within his own coalition and Musharraf looks for a new man to fight his battles. Several candidates have been lined up for the hot seat, but the establishment has yet to decide who to crown. “There is still much confusion with many contenders vying for the post,” said a senior cabinet minister. “But a change is certainly on the cards.”

Jamali’s fate has been hanging in limbo for the past eight months when he was ditched by the President’s men who accused him of being incompetent. Though Jamali remained pliant and took a back seat, allowing Musharraf to run all the affairs of state, he could not make everyone happy. His conflict with top PML(Q) bosses further exacerbated an already sticky situation. According to a senior cabinet minister, Jamali failed not only to provide good governance, but also to politically motivate his own party men. “The establishment is unhappy with his approach on various issues as well as his style of governance,” says another key cabinet member.

The signs of the times became quite clear when a senior Muslim League leader publicly demanded action against Jamali. In an open letter to President Musharraf, Kabir Ali Wasti, a senior vice president of the PML(Q), called for Jamali’s removal. “The government would do better with a new prime minister,” he said. The letter was circulated as differences between Jamali and Shujaat Hussain reportedly widened, following Jamali’s appointment of a five-member advisory body, viewed by many as the supra-cabinet and which antagonised most cabinet members. The patriarch of the PML(Q) is also not happy with his protÃ©gÃ© for interfering in Punjab’s affairs, which the Chaudhrys consider their personal fiefdom. Most political observers agree that Wasti’s letter reflected the views of the party leaders. Interestingly, no action was taken against him.

Some coalition leaders have also been talking about the possibility of early polls as political uncertainty deepens. The first shot came from former president Farooq Leghari, who also appears to be a candidate for the prime minister’s job. Chaudhry Shujaat Hussain later echoed the same view. Most political observers believe such statements are meant to embarrass Jamali and further weaken his position. Jamali was conspicious by his absence at a meeting of the ruling legislators in Lahore which was presided over by the President with the Lahore corps commander in uniform by his side. It was a telling example of the extent to which Jamali has been sidelined from party affairs. According to one source, the meeting was deliberately called in Lahore to exclude the Prime Minister. To avoid public embarrassment, Jamali was reported ill with a back problem, while newspapers were advised to prominently publish reports of his “illness.”

What has delayed any action against Jamali, so far, is that the establishment is yet to find a ‘suitable’ replacement. Chaudhry Shujaat Hussain is projecting his cousin Pervaiz Elahi for the top slot, but the establishment is unlikely to allow concentration of power in one family. There is no consensus on other candidates as Shujaat Hussain will not allow anyone else from the Punjab to upstage him. Some observers believe this situation may help Jamali survive in power — at least for a while. However, others contend that some compromise could be reached on Commerce Minister Humayun Akhtar or Farooq Ahmed Khan Leghari. The former president has emerged as a possible replacement for Jamali after his National Alliance merged with the PML(Q). It is, however, doubtful that Leghari will be acceptable to PML(Q) leaders. Some highly placed sources maintain that the change may come after the unification of the various Muslim League factions and the National Alliance in the second week of May. The move has been directly guided by Musharraf who wants to consolidate his political base, prior to taking any decision on shedding his uniform before the end of the year. It is also meant to counter the PPP and the PML(N), which remain potent political forces despite their leaders living in exile. The PML leaders are also concerned about the possible return to Pakistan of Shahbaz Sharif. The government has made it very clear that he would be flown back to Saudi Arabia, but the news has already created a political stir. 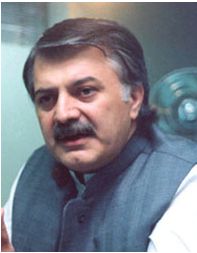 Meanwhile, hints from President Musharraf that he might not take off his uniform as scheduled this year, has deepened political uncertainty and set the stage for a potential constitutional row. His recent comment that he was still undecided whether to step down as Chief of Army staff has stunned his opponents as well as many of his supporters.

General Musharraf had agreed to resign from the military and become a civilian head of state following an accord with the Muttahida Majlis-e-Amal, that helped the passage of a constitutional amendment giving him sweeping powers, including the right to sack parliament. His pledge helped him win a vital confidence vote at the start of the year. The military leader is now constitutionally bound to shed his uniform by the end of the year.

Musharraf’s decision to reconsider his pledge has divided the government and raised serious doubts about the country’s return to full democracy. In a well-orchestrated move last month, several cabinet ministers belonging to the PPP (Patriots) called on the President to stay in the job saying it was necessary for political stability. Musharraf responded by saying his options were open. “This is a very contentious issue and I have to consider many other issues before quitting the army command,” he declared in an interview last month. “One has to wait and see.”

Meanwhile, Musharraf has accused the MMA of violating the agreement by not supporting the bill creating the National Security Council (NSC). The parliament last month passed the bill with a thin majority while the opposition members were absent from the chamber after having stormed out in protest on a separate issue. The NSC has been on the military’s agenda since the 1980s. The only difference now is that the military has been able to push it through parliament.

The law has institutionalised the role of the armed forces in civilian politics for the first time in the nation’s history. The 13-member council comprising top civil and military leaders will oversee all issues related to security and domestic politics. Most observers believe that the creation of the NSC as the main decision-making body will reduce the parliament’s role to just a rubber stamp.

The opposition MPs condemned the bill saying it meant “permanent martial law,” while General Musharraf has justified the bill saying it would help create political stability and prevent military takeovers in the future. His argument, the patent formula of all military dictators, rings hollow as the military will continue to dominate the country’s affairs through the NSC. The bill will have serious repercussions for the country.

Once again, Musharraf faces a serious dilemma as the deadline for taking off his uniform draws closer. His power stems from his position as army chief. “If Musharraf gives up the post of army chief he will lose control over his constituency — the armed forces,” says Samina Ahmed, director of the Brussels-based Crisis Management Group. “The next army chief will become the key player in Pakistan’s political game.” But reneging on his pledge may also have serious consequences, not only for the country, but also for Musharraf’s political future. Most observers agree that it would result in a complete loss of authority and will not go down well within army ranks either.

Musharraf’s supporters believe that his quitting the job will create political instability in the country. “It is in the best interest of the country that General Musharraf continues in uniform at least for two more years,” says Faisal Saleh Hayat, the Federal Interior Minister. They believe that their own political survival depends on Musharraf and his continuing in uniform. The issue has divided the cabinet: Jamali is obviously not happy with Musharraf’s “wait and see” decision. “The issue is already settled and there is no question of backtracking,” Jamali declared. Federal Information Minister Sheikh Rashid Ahmed said he was confident the President would quit as army head by the stated time. General Musharraf’s reluctance to honour his commitment suggests he is giving serious thought to the appeal.

Legal experts maintain it will be difficult for General Musharraf to wriggle out of the situation and retain his military post, particularly when the constitution clearly stated that by the end of 2004 the President cannot hold any other office. However, others contend that the clause can be changed with a simple majority. Political analysts agree that such a step is not likely to go down well with the international community. 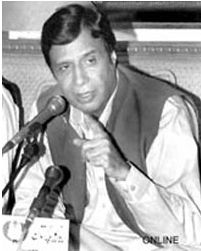 Musharraf was not viewed as an iron man when he oversaw the bloodless coup that toppled Prime Minister Nawaz Sharif in October 1999. Thousands of Pakistanis, disillusioned by the corruption and mismanagement of the Sharif regime, took to the streets to welcome his military government. Even Pakistan’s press and middle class largely saw Musharraf as a transitional authority through which Pakistan could become a more stable and secular democracy. But now, almost five years down the road, the situation has again become unstable. The military is more deeply entrenched in politics than ever. Musharraf has made the military into a virtual extension of the PML(Q). Never before have serving generals participated in political party meetings. Hundreds of military officers are still serving in civilian jobs. His initial enlightened moderation has proved nothing more than rhetoric. On every important issue, whether it be education, the blasphemy law or madrassah reforms, he has surrendered to pressure from the obscurantist elements. Foreign policy changes have only come under pressure from the international community. Musharraf’s policies have proved to be confused and directionless and have left democratic political institutions much the weaker. His increasing dictatorial tendencies are also illustrated by the handing down of a 23-year jail sentence to opposition leader, Javed Hashmi, the main leader of the Pakistan Muslim League faction of former Prime Minister Nawaz Sharif. Hashmi was arrested earlier this year and charged with sedition for distributing a letter purportedly written by an army officer criticising Musharraf’s policies.