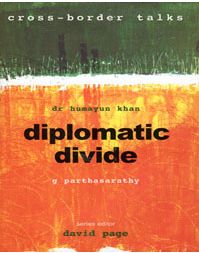 We now know why the windscreen of the car of the First Secretary in the Pakistan High Commission, “a lady diplomat who was a very friendly person,” was smashed to bits when it was parked at a New Delhi hotel a few years ago. As G. Parthasarathy, a former Indian High Commissioner to Pakistan, tells it, the purpose was to convey a message. According to Parthasarathy, ISI agents had forcibly abducted one of his officials in Islamabad “in the presence of his screaming wife and his protesting Pakistani neighbours.” He was released “only after he was severely beaten and bruised.”

So India came up with a tit-for-tat response. The lady diplomat from Pakistan, posted in New Delhi, was chosen as a target and it seemed to be relevant that she was “genuinely interested in Indian art and culture.” Parthasarathy adds: “The message got home … and at least while I was High Commissioner in Islamabad, my staff breathed freely, confident that the ISI would think twice before manhandling them.”

There is certainly a lot more about how India and Pakistan have traded messages in a relationship that defies any rational, or diplomatic behaviour. Diplomatic Divide is the inaugural volume in an imaginative series on relations between the two countries under the banner of cross-border talks. The format allows prominent Indians and Pakistanis to discuss the issues that divide them within the covers of one book. Here, two senior retired diplomats, who have served as High Commissioners in each other’s countries, debate the issues that divide India and Pakistan in the context of their personal experiences and impressions. As the series editor, David Page, underlines in his introduction, this dialogue is very crucial “if the two countries are to put the spectre of nuclear war behind them and to ensure a more secure and prosperous future for their citizens.”

Unfortunately, this volume has appeared at a time when events have dated its otherwise very interesting and insightful content. David Page’s introduction is dated January 2004 and the two write-ups were evidently drafted well before the dramatic launch of the peace process. For instance, Dr Humayun Khan, stressing the futility of the two countries living in a state of perpetual hostility, writes: “For more than a year, they have not even been talking to each other. This is a sad reflection on the wisdom of their leaders.” On his part, Parthasarathy offers a thought that must have been prompted by circumstances prevalent at the time he was writing his account: “While we adjusted soon to the new situation, Pakistan sadly lacked the leadership or people with vision to recognise that the days of its presumed indispensability to the western world were over.” Was this written even before 9/11?

However, this book retains its value in a given historical perspective. It holds the readers’ attention because both authors, who share equal space of more than 60 pages each, have recounted their observations in an anecdotal style. Dr Khan was High Commissioner to India from 1984 to 1988, in the Zia period. Parathasarathy was to Pakistan from 1998 to 2000 but his impressions about Pakistan were formed in the eighties when he was India’s Consul General in Karachi. In that sense, Parthasarathy’s encounters with Pakistani society were more varied and he uses, at times, his diplomatic finesse to recount his exploits in our social world. Dr Khan has drawn entirely on his memory and the time he writes about is more distant. Appropriately, his chapter is titled: ‘Reflections of an Ambassador.’

Parthasarathy presents more human interactions in his ‘Memories of Pakistan.’ Relatively, Parthasarathy appears to be more skilful and self-assured while presenting India’s case. Dr Khan, inspite of his obvious erudition, seems not to have been so rooted in his country’s foreign policy establishment.

At various levels, the two diplomats portray the great excitement that made their assignments so different from any other posting and there are some engaging vignettes of the period they are writing about. At one official reception in the early years of Rajiv Gandhi’s premiership, Dr Khan writes, “Rajiv Gandhi left the receiving line to specially come and congratulate us because he had just received the news that Pakistan had beaten India at cricket in Sharjah with Javed Miandad hitting a six off the last ball of the match.” When a group led by Makhdoom Sajjad Hussain Qureshi, governor of our Punjab, visited New Delhi, Qureshi had a hilarious session with Giani Zail Singh, the Indian President. “They both spoke in Punjabi, the language common to them. The conversation included a number of witty asides about a shy young man accompanying the governor whose name was Nawaz Sharif and who had obviously come along for fun.”

There is a lot of serious stuff about such matters as Kashmir, the Simla Accord, the events in Indian Punjab and the hijacking of the Indian Airlines plane in December 1999. Incidentally, Parthasarathy does not approve of the handling of the hijacking by the Indian government. He writes: “According to those who travelled on the aircraft in which Jaswant Singh travelled to Kandahar along with the three released terrorists, Maulana Masood Azhar spent his time on the flight to Kandahar hurling abuses at Jaswant Singh and India. No incident has symbolised the surrender and the abdication of authority of the Indian state since the release of terrorists during the Rubaiyya Sayeed kidnapping more than the manner in which we bowed to terrorist demands during the Kandahar hijacking.”

Though there are many other glimpses of a similar nature that may be quoted, the idea is merely to suggest the readability of the two accounts. Yes, we cannot ignore the disharmony that these accounts have with the present phase in our bilateral relations. But we cannot ignore the past either, particularly when it has a habit of constantly repeating itself.