After roughly two years of letters and visits to Shahzia Sikander’s main New York Gallery, Brent Sikkema (now Sikkema Jenkins), an invitation arrived both from the artist and then the Irish Museum of Modern Art (IMMA) to attend her solo exhibition. I flew straight from Dubai to Dublin.

Increasingly, Sikander’s preference is to show (and sometimes sell) her work not so much at respectable galleries around the globe, but rather at state museums. This follows an enthusiastic reception at the Whitney Museum of American Art around the year 2000 and later the momentous group exhibition at New York’s Museum of Modern Art (“Without Boundary”), which is a rare achievement for such a young artist, now only 37. But then she is truly an exceptionally gifted artist of world stature.

To review her exhibition is a serious business because her catalogues often have introductions written by big hitters in the academic world, including the formidable Homi Bhabha, Rothenburg professor of humanities in the department of English and American literature at Harvard. Earlier, Professor Bhabha focused primarily on the works of the stupendously successful artist Anish Kapoor.

In his introduction to the Irish MOMA catalogue, Professor Bhabha wrote: “Sikander transforms this conventional ‘scale’ of the miniature image in her work — paintings, installations, animations — by shifting the balance of the picture-plane to allow one to ‘look into’ a world as opposed to ‘looking at’ an image. In my view her method is altogether more trangressive than that opposition implies. She places her images… at the unsettled intersection of the temporal flux that lures the viewer’s gaze into a double-vision.” 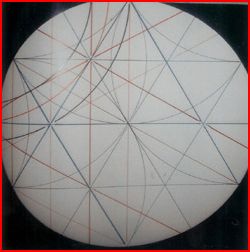 And Sean Kissane, the highly competent curator of the exhibition at Dublin, remarked: “The construction of silence within the language of (Nobel laureate) Beckett allows for the creation of spaces within which meaning oscillates… The oeuvre of Shahzia Sikander can be interrogated using a similar syntax. As with Beckett, an attempt to fix a reading of her work consistently fails…as explanations fall short, meaning enters the territory of the mirage, of illusion… Sikander’s work approaches the territory of the dream. This is particularly evident in the work of…the ‘Pathology of Suspension’ series (2005-2007). The fluidity of the gesture employed, the lightness of touch and delicate energy contained within these paintings appears to reach toward automatic writing.”

Despite excellent critical comments by museum curators and art theory professors, it is Sikander’s own coherent articulation of her work that is the most remarkable. When I talked to Sikander specifically about the painting titled ‘Pathology of Suspension No. 12,’ which I had just agreed to buy, she explained its genesis in very clear and intelligible terms. The work derived from her actual work for the government of Laos, when she was commissioned to paint murals to replace the many that had been destroyed by the Khmer Rouge during hostilities. The seven American cowboy boots visible at the bottom of that work apparently symbolise the Laotian legend of continuous warfare with their invaders in which Laotian leaders are beheaded, only to be replaced each time with seven more heads, in a continuous and endless battle to repel the invasion of their homeland. The transcribed script, visible in reddish brown pigment across the work, originates not from Arabic calligraphy but from the Laotian language script itself! The work clearly emanated from a critical imagination fired by a real historical legend.

In one of the best books about her work titled Nemesis, which originated at the Aldrich Contemporary Art Museum, one of the authors, Ian Berry, commented: “Your paintings are often described as disturbing the ‘purity’ of this traditional form (of the miniature).” Sikander retorted, “The notion of purity is interesting because it isn’t found in the practice of historical or contemporary miniature painting. It has nothing to do with purity. It has a lot to do with appropriation. Within the current practice, there is a lot of blurring in terms of what gets appropriated from older sources. What makes a work more original is always interesting because the whole notion of copying is heavily embedded in the tradition… It started by my finding ways of stepping outside the tradition in order to create a dialogue with it. I also started to explore language in relation to the formal symbols of mathematics and logic. This is a big part of my most recent drawing series: ’51 Ways of Looking.’” 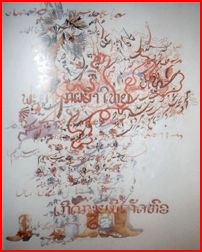 It is worth recalling that in 2006 Sikander was awarded the McArthur Foundation grant worth US$500,000. This highly prized honour is part of the McArthur Fellowship programme, which since 1981 has been disbursing some US$168 million in grants per annum out of a total fund of US$4 billion. The “genius grant,” its highest prize, which Sikander won, is not given for any single piece of work. The recipient must show “exceptional merit and promise for continued and enhanced creative work.” Moreover, one cannot apply for it, but there can be anonymous nominations.

Clearly Sikander’s visible ascent up the ladder of world-class artists has neither been facile, nor just fortuitous. It has taken consistent and exceptionally imaginative hard work over at least a decade, combined with great gifts of providence. She refuses rightly to be ghettoised as a Pakistani/Muslim/woman artist. This has sometimes been misunderstood as supercilious jettisoning of her origins and identity, but in fact it is nothing of the sort. It simply reflects the reality that such simplistic categorisation is largely a media and popular construct whereas the position of a serious artist cannot be pigeonholed in that manner. Anish Kapoor (who also has Jewish origins) has faced similar problems. But realistically, could either Sikander or Kapoor have achieved their hard won status if they were simply compartmentalised as Pakistani or Indian artists? Sikander never denies her birthplace and educational origins and is proud of them, but that is only a part of the larger picture that has evolved.

In an introduction to an earlier Sikander exhibition titled “51 Ways of Looking,” Mohsin Hamid, the celebrated young novelist and a neighbour from her NCA days in Lahore, wrote: “I watch as Shahzia mesmerises (the audience) with a story of her life told through the story of her work, a story so many of us, who have left the safety of a geographically determined home, desire to tell — changes in perception and personality, changes in location and events. She takes us on a journey…from Lahore and meanders through the boot-wearing American heartlands of Texas and New Mexico before arriving on the wall of the Whitney in New York…and the evolution of her work from traditional miniatures to large canvas paintings…”

Through a fascinating amalgam of her original work in miniature paintings, combined with new directions in digital, video animation and historically affiliated large-scale work, Sikander seems to be continually relishing new challenges, and her output is being recognised by galleries and public museums all over America and overseas. Mercifully, her work is still reasonably priced — even for a large work — compared to the crazy millions being paid nowadays for gimmicky works of younger well known artists in the West.