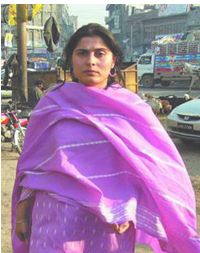 The leaders of India and Pakistan purged themselves of animosity by agreeing to peace talks in January, 2004. In the opening scenes of Sharmeen Obaid’s new documentary, a train hurtles from India towards the Pakistani border. Nationalities blur as waiting crowds embrace their loved ones from across enemy lines. “Spring has come to Pakistan,” states Obaid. Her words are riddled with double-entendres.

Commissioned by PBS to film a documentary about Indo-Pak relations, Obaid chooses to explore the implications of the new-found friendship advocated by the countries’ leaders. Obaid’s take, Pakistan: On a Razor’s Edge, is a survey of the current social and political climate, and is targetted at a primarily western audience. Much of the background to the country’s political history is superfluous to Pakistani viewers and the “topical” and “insightful” interviews we are promised, are anything but.

To be fair, a 24-minute documentary can only tell a fragment of a story unravelling over half a century. Pakistan’s historical animosity toward India, and its precarious position as host to several militant organisations, prompt Obaid to describe it as “a country of secrets and paradoxes.” “Does everyone want peace?” she asks a Lahori shopkeeper bluntly. The answer, the viewer finds, cannot be summed up in a simple yes or no. Many Pakistanis remain skeptical. Pervez Musharraf and Atal Behari Vajpayee’s monumental handshake, after all, heralded little change in the world, beyond press conferences and boardrooms. Weaving her way through the streets of Pakistan, Obaid traces the line of hope and scepticism that divide the nation. “Who doesn’t want peace?” smiles a coquettish Lahori woman. Desiring peace, Obaid’s short documentary reveals, is not the same thing as believing in it.

The documentary’s first interviewee is the publisher of the weekly Friday Times, Jugnu Mohsin. Mohsin clearly believes that the Pakistan-India peace talks are encouraging: “We don’t want to fight a thousand-year war with India. Not least, because both countries are armed with nuclear weapons.” Pakistan’s self-armament is highlighted in Obaid’s documentary as a source of national pride and of international discord. The scandal surrounding Dr. A. Q. Khan’s supposed disclosure of nuclear technology to Iran, Libya and North Korea has a central place in the drama. Senator Sami-ul-Haq from the North West Frontier Province – an acquaintance of Osama Bin Laden, we are told – voices his defiance. Scoffing at America’s admonishments, he questions why Dr. Khan, a hero to many Pakistanis, has been shamed into an apology, when members of the European Union have been sharing military techonological information repeatedly. “If we gave it to Iran, what’s the crime? “If we gave it to Libya, what’s the crime?” he asks, gesticulating in indignation. 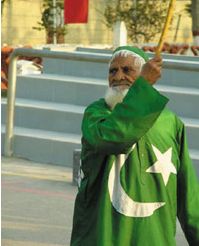 What is the crime, many Pakistanis may wonder. Surprisingly for some, Obaid’s poll of ordinary citizens indicates that most disagree with the technological proliferation. Senior politicians, however, offer a different take on the situation. Lieutenant General Hamid Gul is firm in his theory that America and Israel are determined to subdue the Islamic state’s efforts to secure its nuclear programme, as does former army chief of staff, General Mirza Aslam Beg. The Pandora’s box that Obaid deems the nuclear scandal and its implications is, starts to unfold itself with all its demons throughout the documentary. The film also extends to the subsequent polarisation of Pakistan. Journalist Ahmed Rashid describes Musharraf’s position as “toeing the American line,” with the President reaping what he sowed. The documentary captures the sombre site of Musharraf’s second assassination attempt, and goes on to question an extremist Kashmiri-based group on its involvement in the matter. “We do not do work like this,” says Shahzad, elborately disguised in a clandestine meeting with Obaid, “and we never will.” The Kashmiri militant blames Israeli and Indian organisations for the attacks on the President. The message of the documentary is that the situation is as volatile as gasoline on a smoker’s fingers.

The views Obaid presents of her interviewees are widespread beliefs. Their takes on these issues could embody the thoughts of any ordinary Pakistani, and crystalise the feeling of persecution and exploitation at the hands of foreign agents. But Beg and Sami-ul-Haq’s words are loaded with unpleasant connotations for western audiences. Whether their suspicions are greeted with acclamation or rejection at home, the western reaction is predictable.

Pakistan: On A Razor’s Edge is less meaningful than opinionated, and little of it is new to the Pakistani public. Yet, Obaid’s venture is interesting, considering the seniority of many of its faces. But Pakistanis are bound to see flaws in the documentary’s insight. The effort to balance out Gul, Haq and Shahzad’s adamant views and conspiracy theories with the moderate and, just as prevalent, liberal argument, is sorely missing.

The documentary ends with the changing of the guard along Wagah — the border between Pakistan and India. In a ceremony filled with pomp and undisputed rivalry, the Pakistani and Indian guard do the unthinkable in shaking hands. Crowds on both side of the border cheer in unadulterated celebration. “I ended the documentary on a positive note” says Obaid, “because, through my research, I felt positive about the situation.”